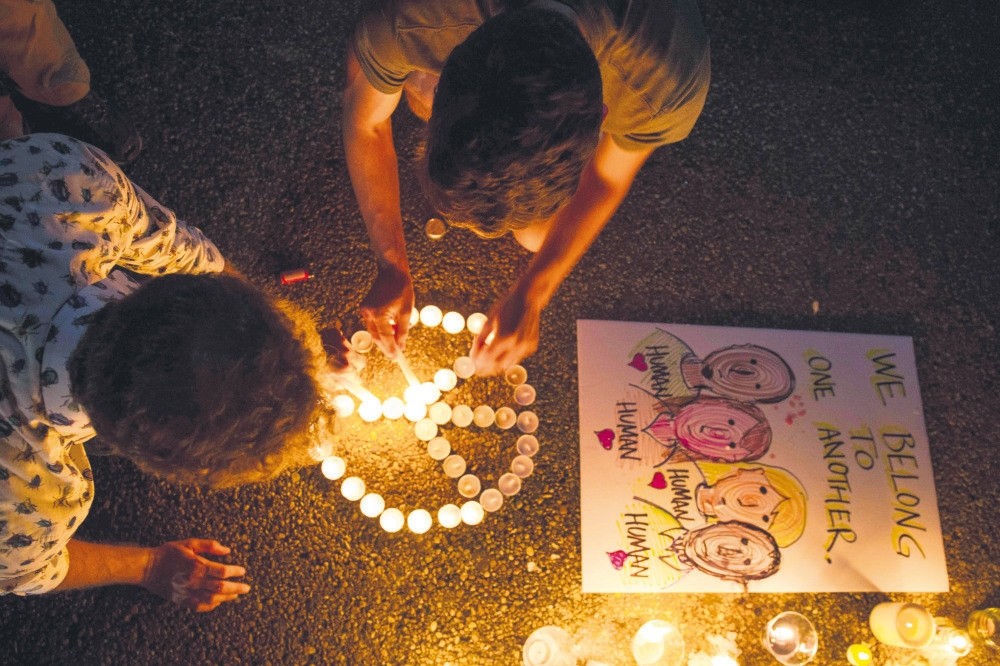 Recent terrorist attacks are generally defined by two different attributes; even though these attributes are not the same, they conjure up the same hatred, the same fear. Attacks carried out by extremist, radicalized individuals who claim membership to Daesh are referred to either as Jihadist attacks or Islamist terrorist attacks.

Many articles have been written about how these attacks have nothing to do with Islam. How condemning the entire religion or all its followers as being responsible for such attacks is nonsense. It is important to note that such a positive attitude has become the general consensus. Yet, despite this consensus, such attacks are still modified with the adjectives "Islamist" or "Jihadists."

What is jihad? According to the Oxford University Dictionary, jihad is "A struggle or fight against the enemies of Islam."

A more accurate definition of what jihad has been given by the Islamic Supreme Council; they state that "jihad" has many meanings. It can refer to "internal as well as external efforts to be a good Muslim or believer, as well as consisting of efforts to inform people about the faith of Islam."

The Islamic Supreme Council goes on to discuss the idea of the lesser jihad, that is military jihad, and states: "....military jihad ...can be performed using anything from legal, diplomatic and economic to political means. Military action is therefore only one means of jihad, and is very rare. ....In case military action appears necessary, not everyone can declare jihad. The religious military campaign has to be declared by a proper authority, advised by scholars, who say the religion and people are under threat and violence is imperative to defend them. The concept of 'just war' is very important. Examples of sanctioned military jihad include the Muslims' defensive battles against the Crusaders in medieval times..." That is, jihad is not "A struggle or fight against the enemies of Islam."

The definition supplied by the Islamic Supreme Council is accurate according to Muslim scholars, to those who know the religion well. Jihad cannot be waged by groups like Daesh who have no authority in the Muslim world. Muslims perceive Daesh no differently than non-Muslims. Daesh is nothing more nor less than a terrorist organization.

It should come as no surprise that the Education Ministry recently announced that Turkish students should be enlightened as to the real meaning of Jihad. This is an important step toward ensuring that Islam is correctly taught in the school system. The argument as to whether religion should be taught in schools or not is not our concern here. When a group like Daesh is waging an illegitimate war on the border, hijacking religious terms and perverting them to their own ends, educating young people about the true nature of these terms is not only justified, it is imperative.

What jihad is to Islam, crusade is to Christianity. Yet when one looks up the equivalent to jihadist, that is crusader. in the OUD, this is what we get:

"A person who campaigns vigorously for political, social, or religious change; a campaigner." That is, a hero.

Even more interesting is that the Cambridge University Dictionary, after producing a similar definition for crusader, gives a list of synonyms or related words. These words fall under the title: People having good qualities, and include words like altruism, angel, gem, paragon, saint or treasure.

And a quick check demonstrates that after the word "jihadist" no related words or synonyms are given.

There is a serious problem here. While in Islam jihad is actually a positive term, with only a very limited use that means military defense of the religion, the Western media has taken this word and distorted it out of all proportion.

The Ministry of Education's decision to put the meanings of jihad into the curriculum - of striving to make oneself better by being a better member of society, of striving to improve one's own morals etc, is pinpointed by outlets like the BBC as being another shocking example of Turkey running rampant. A move to fight the radicalization of youth - by giving them proper and accurate information - has been taken out of context and twisted to give this move a very different nature - one of a country trying to radicalize their youth. And yet, nothing could be further from the truth.

The extremists whose minds are distorted and warped by the leaders of Daesh, who are being cruelly manipulated to create havoc and division in the world refer to themselves as jihadists. The media refers to them as jihadists. Neither the terrorists nor the journalists respect - or perhaps are aware of - the true meaning of this term.

Such declarations by the media only increase the division between Muslims and the rest of the world. An example of this is the headline: "The Islamic State creates a new type of jihadist: Part terrorist, part gangster."

There has been discussion, ad nauseam, that Daesh terrorists have nothing to do with Islam, and in no way represent the rest of the Muslim world. Yet, by referring to Daesh attacks as jihadist or Islamist attacks, all such well-intended arguments are thrown to the wind.

There are numerous lists of "Islamist" terrorist attacks to be found on the internet. And when one enters the word crusader, what is found is "someone who makes a determined effort to achieve or stop something because of their strong beliefs". In short, according to the current trend, the crusader is the antithesis, the absolute opposite of the Islamist, of the Jihadist.

Does this not merely support Daesh's efforts to divide societies, one against another? By creating hate for Muslims, Daesh forces the law-abiding, sincere Muslim to take a stance against their own religious tenets. And the mass media merely supports this. By referring to horrendous, terrible actions as jihadist or Islamist, the media creates a fear of all Muslims and of Islam.

Last week a Daesh terrorist drove a van into a crowd in Barcelona, killing a number of people. This horrific act was referred to by a number of media outlets as "jihadist" or "Islamist."

Yet shortly before this in Charlottesville a white-supremacist extremist drove his car into the crowd. This individual was not referred to as a jihadist, or an Islamist because he was anything but. The driver of the vehicle was part of a crowd of far right white supremacist. The media could have called this a crusader terror attack, they could have called him a crusader. They could have used the word crusade or crusader in a pejorative sense; it would have been fair. But they didn't.

To use the word crusade to label white supremacist, far-right violence isn't as far-fetched or reactionary as it may sound. At Charlottesville the right-wing white supremacists carried symbols - on their heads, their shoulders, their backs, even on shields. Symbols of Celtic Crosses, Swastikas and eagles. Symbols that date back to the Crusades or earlier. Symbols loaded with Christian sensibilities.

Yet, such people are not referred to as crusaders. They are considered "lone wolves," people who in no way represent a larger group. Although they carry symbols that hark back to Christendom, to struggles between religions, they are not referred to in a pejorative sense as Crusaders.

This distinction plays right into the hands of Daesh. Daesh early on proclaimed that they wanted to wage Jihad against those who would wage a Crusade. They want to divide the Muslims from the societies in which they live, they want to drive a wedge between different religions and faiths.

And that sums up the problem. A crusade is a positive effort to change, to strive to do good. While jihad in fact means the same thing, the negative connotations have been brought to the fore. The mind hears the word jihad and reels.

Let's call terrorists "terrorists." Whether they ram a car into a crowd in Charlottesville or in Barcelona, whether the crowd consists of people opposing racism and bigotry or innocent tourists, why should such criminals be referred to by different names? Why do we let radical extremists hijack a religion and destroy one of its most central tenets? Isn't time we call things as they are? If a terrorist act is given any other name, it is given a justification that it does not deserve. Political correctness can be tiring and boring - but when it comes to preventing further polarization and intercommunal hatred, it is absolutely necessary. Today, now, immediately. Terrorism deserves no other term or appellation. It is pure and simply murder for political ends. Nothing else.