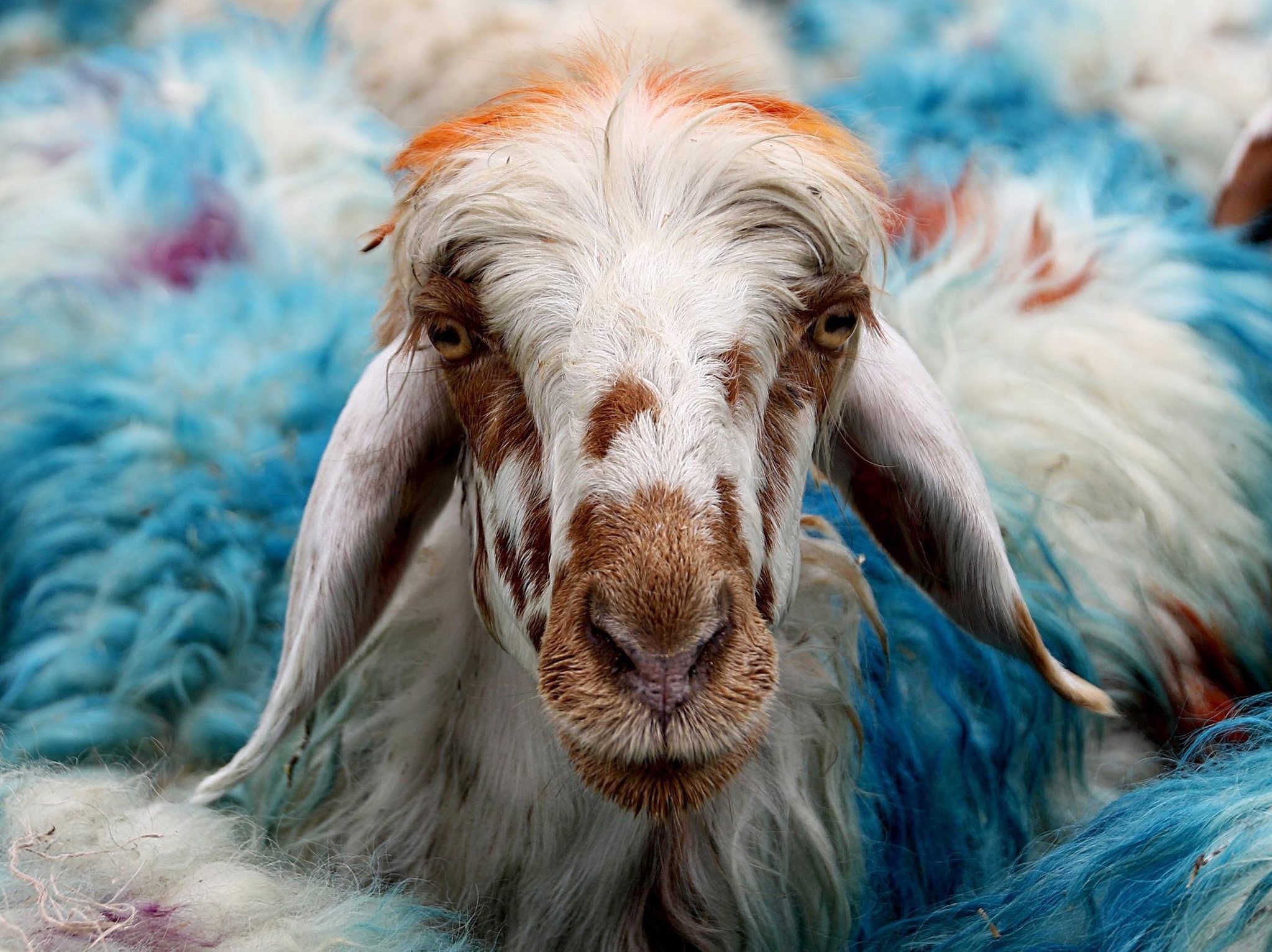 Dating back to the time of Prophet Abraham who was willing to sacrifice his son for the sake of God, the tradition of animal sacrifice during Eid al- is incumbent on all Muslims, male and female, if they have a certain amount of savings.
by Jane Louise Kandur Sep 01, 2017 12:00 am

The origin of eid al-adha is tied closely to the hajj, the Islamic pilgrimage. The slaughtering of a cow, sheep, camel or goat is one of the final acts of the hajj and marks the successful completion of this religious duty. It is also a duty for Muslims throughout the world

The slaughtering of an animal for the Eid al-Adha (Feast of the Sacrifice) is something that is incumbent on all Muslims, male and female, if they have above a certain amount of savings. If a person has savings above the set level, they buy a sheep or a cow and sacrifice it. The spiritual sacrifice is made to God, but the actual physical meat is used for more prosaic purposes. It is divided into three portions; what will be cooked at home, what will be offered to close relatives and friends, and finally that which is donated to those who cannot afford to slaughter a sheep or cow (or camel).

It is possible to hear other people describing this holiday described as barbaric or cruel. The purchasing of an animal, the cutting of its throat and the butchering of the meat is at times depicted as something that the modern person should not be doing.

Eid al-Adha at its most fundamental level is a reminder to us of where the meat we eat and enjoy every day comes from. The purchasing and handling of the animal, the slaughtering, whether carried out by the individual themselves, or by a butcher, the chopping up of the meat and the portioning it out, is all a reminder of where the food we eat comes from.

And this year Eid al-Adha is very close to the hunting season in a number of countries. The Glorious Twelfth, Aug. 12, is the start of the grouse hunting season. The start of deer hunting, depending on country and type of deer, ranges from July to November. And the season for fox hunting, although now banned in its original form, started in November as well.

Hunting deer, grouse or fox is considered to be a sport. The birds are shot from the sky, retrieved by a dog, and cooked up for dinner. Deer are shot and the venison is eaten or sold. Fox, well as Oscar Wilde said, the foxhunt is: "The unspeakable in full pursuit of the uneatable."

As a symbol of sacrifice, as a means of bringing people closer, the qurban must be slaughtered with great care. No animal should be slaughtered in a place where it can smell the blood of another animal, or hear any sounds that might frighten it. When being brought to the place where it is to be slaughtered it should not be frightened nor should excessive force be used to bring it to that place. It should be killed by someone who knows what they are doing, to ensure that the animal does not suffer. That is, not only must the animal be physically healthy, it should be in a positive mental state, not afraid, and not angry, and it should die as quickly as possible.

After fulfilling all these conditions and having slaughtered the animal, the person to whom the qurban belongs must then butcher the meat. These days, many people give the animals they have chosen as their qurban to a slaughterhouse, taking home only large pieces of meat. Yet this meat has to be selected and processed - being chopped, sliced or minced as appropriate. While going through the selection process, the best meat is set aside to be given to those who are less fortunate.

There is another option - people can give money to charities, like the Red Crescent. These charities perform the slaughter in the donator's name, either somewhere in Turkey or abroad. Then all the meat is donated to those in need. The selection of a healthy animal, the processing of the meat and its donation to those in need is done by the charity. Unfortunately, the Gülen Movement, the movement behind Gülenist Terror Group (FETÖ) terror, abused this system. They collected money for qurbans to be slaughtered in countries where there is great poverty. However, there is extensive evidence that these people did nothing beyond collecting the money. They neither slaughtered the livestock nor distributed any meat. As a result, people are more careful today about to whom they entrust their Qurban. However, there are many who prefer to make a donation in this way, content in the knowledge that all the meat goes to others.

The end result of the qurban is that people who might not have enough to eat throughout the year receive fresh meat. People living in extreme poverty, in the subcontinent or in countries in Africa receive donations. Kızılay processes the meat from the qurbans they receive to ensure that people living below the poverty level can receive meat throughout the year. The foundation of the Directorate of Religious Affairs and other institutions also carry out the slaughtering of qurbans for others in countries with extreme poverty.

Eid al-Adha is not of cruelty or blood thirst. It is one of sharing, of giving, of caring. The essential nature of the qurban is that it brings the Muslim believer closer to Allah, and also brings them closer to their community. And as a direct result, the qurban brings the community closer together.

Neighbors find out who was able to slaughter an animal and who was not. If someone was unable to slaughter an animal, they will be sure to receive at least one package of meat, given in a way that is not demeaning or humiliating. Those who live below the poverty line receive donations of meat. This is not to say that Muslims only take care of their community during this festival. Throughout the month of Ramadan the Muslim believer does their utmost to care for those less fortunate than themselves, and indeed this practice is continued throughout the year. Charity - helping those who are struggling to make ends meet - is an essential part of the religion. Prophet Muhammad said: "He who sleeps on a full stomach while his neighbor is hungry is not one of us." This is a basic tenet of the religion. Care for those around you.

By stressing that a believer should care for members of their family, for their neighbors and for the community at large, Islam ensures a strong and thriving community. Eid al-Adha is one means for bringing the Islamic community - local and global, closer together.