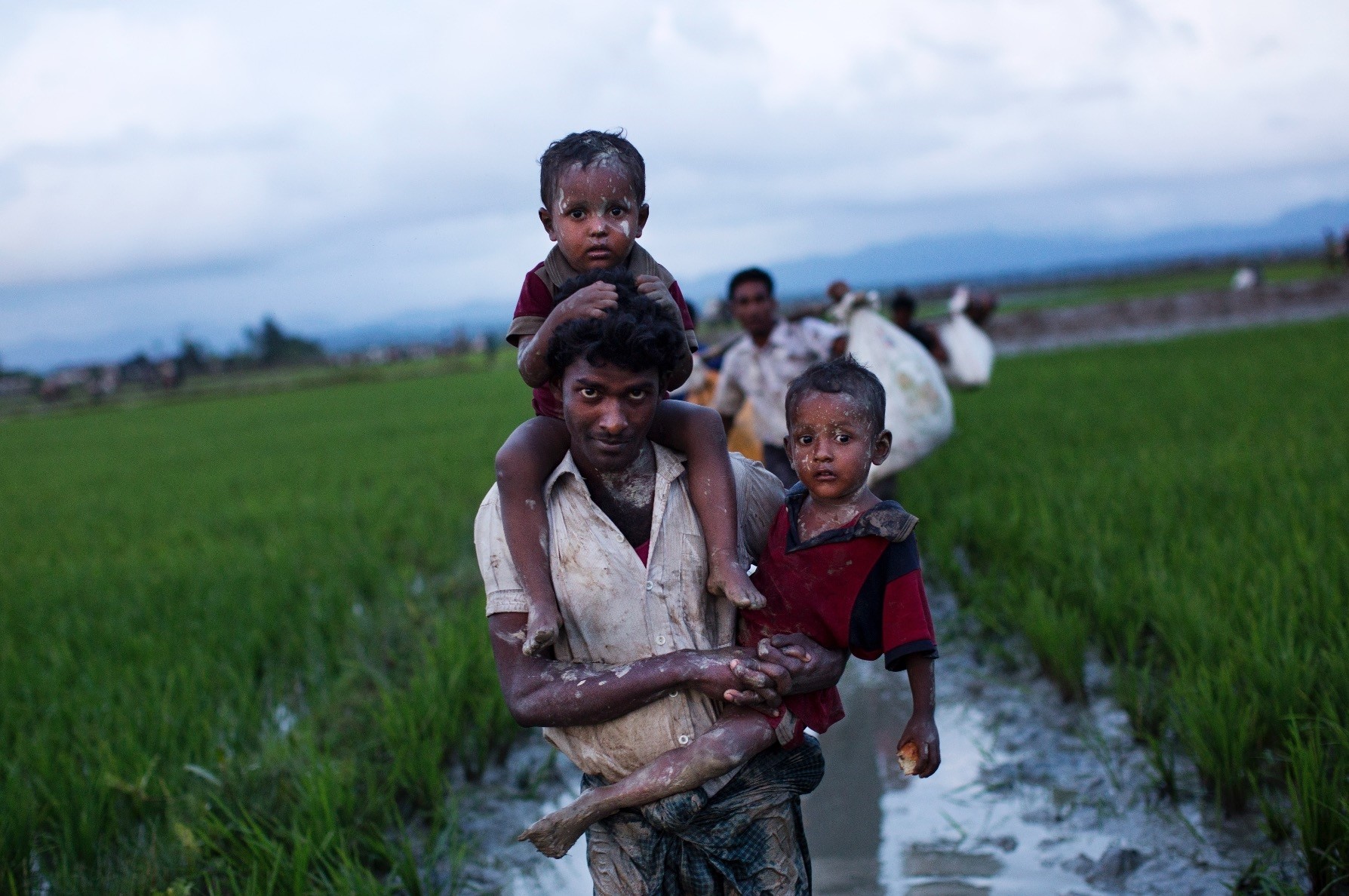 During the eid al-adha, Muslims in Turkey and around the world were saddened by the ethnic cleansing of Muslims in Myanmar. As the world waits for the U.N. to step up, it seems the organization will continue to ignore human rights violations

The harrowing screams rising from Myanmar continue to seize the human conscience. Yet, the question is how many nations and leaders around the world are aware of the ethnic cleansing of Rohingya Muslims in the region? During a heartbreaking Eid al-Adha message, President Recep Tayyip Erdoğan directed the Muslim world's attention toward the crisis and said we must act quickly before it is too late to stop this catastrophic mass murder of our Muslim brothers, sisters and children in Myanmar.

How about the rest of the humankind? Do they not hear Rohingya's cries? The United Nations, which we expect should have a role in resolving the conflict, must take immediate action to intervene and save the Rohingya Muslims from the torturous Buddhist regime in Myanmar. Why is it then we see the U.N. dragging its feet? Has not the deadlock on Syria already marred the global institution's image, making it appear completely dysfunctional and ineffective?

President Erdoğan did not beat around the bush. He was direct and to the point. We, as members of the global community, must put all our effort together to expel the forces of evil, prejudice, discrimination and genocide for good. Otherwise, we will continue to face the consequences of our inaction in the face of rising terrorism and genocide at the hands of state actors. Today, it is about the Syrians and the Rohingya Muslims. If world leaders take no action collectively, tomorrow certainly we will witness even more heart wrenching human tragedies elsewhere.

Presently, we are well aware of our deeply and intricately connected world through the technology and digital information it exhibits, making it difficult to turn a blind eye to the realities surrounding us right next door or across oceans. Therefore, global leaders have to be diligent in their duties to humanity as moral agents and advocates of freedom and justice. Without acting upon these principles, we cannot maintain human rights in a world that is rampant with genocides and rights violations. 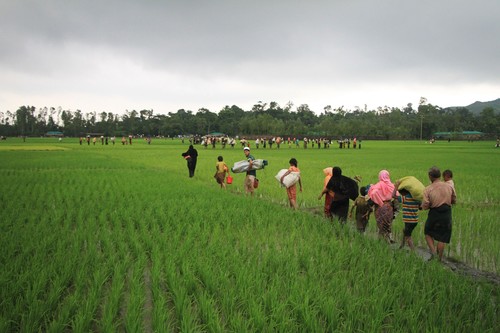 Rohingya refugees from Rakhine State in Myanmar walk along a path near Teknaf in Bangladesh on Sept. 3, 2017.

One of the pressing questions that face human rights organizations and security institutions like the U.N. is: Why is this case of state sponsored terrorism not being tackled? Could it simply be because western governments, who want to act like champions of the weak and colonized, do not have any viable interests in protecting the lives of innocent Rohingya Muslims? Can it also be the fact that religion plays a role in determining the lack of urgency since these persecuted civilians have strong faith in Islam? Let us look at it this way, if the Rohingya were a minority Christian group, clearly the response to the atrocity would be quicker and firmer. Can anybody imagine otherwise?

As the Turkish nation, we are doing our part and will continue to extend our neighborly help to all those in need. However, we should be mindful that as long as Rohingya Muslims continue to be ethnically cleansed, the blood is on the hands of the U.N. There is no reason to allow a state sponsored genocide continue and stand by and watch the innocents being slaughtered.

From various media outlets, we have seen that among the leaders of the genocide against Myanmar's Muslims is militant Buddhist monk Ashin Wirathu, who blatantly speaks against Muslims and promotes ethnic cleansing. A promoter of the annihilation of Muslims, the Buddhist monk, according to news outlets, compared the Muslims in Myanmar to poisonous snakes, while also saying they are dangerous no matter where they are.

If the global community could simply use common sense and put an end to the promotion of violence, hate crimes and mass murders would come to a full stop permanently.

In this case, if the U.N. continues to be irrelevant in the context of genocide, ethnic cleansing and human rights violations, then nations like Turkey will need to step up and take matters into their own hands to completely halt movements aimed at the eradication of men, women and children.

Despite the difficult times in the Muslim world and the Middle East, President Erdoğan is calling for urgent action, not just as the leader of Turkey, but also as the term president of the Organization of Islamic Cooperation (OIC). Also, President Erdoğan will be calling attention to the mass murders at the United Nations with the hope that members will come to their senses and take heed.

A quick and practical solution must be promulgated to end crimes against humanity.

We must act before it is too late. Otherwise, we will have to keep living with the pain and agony of an unstoppable hate trend against Muslims.