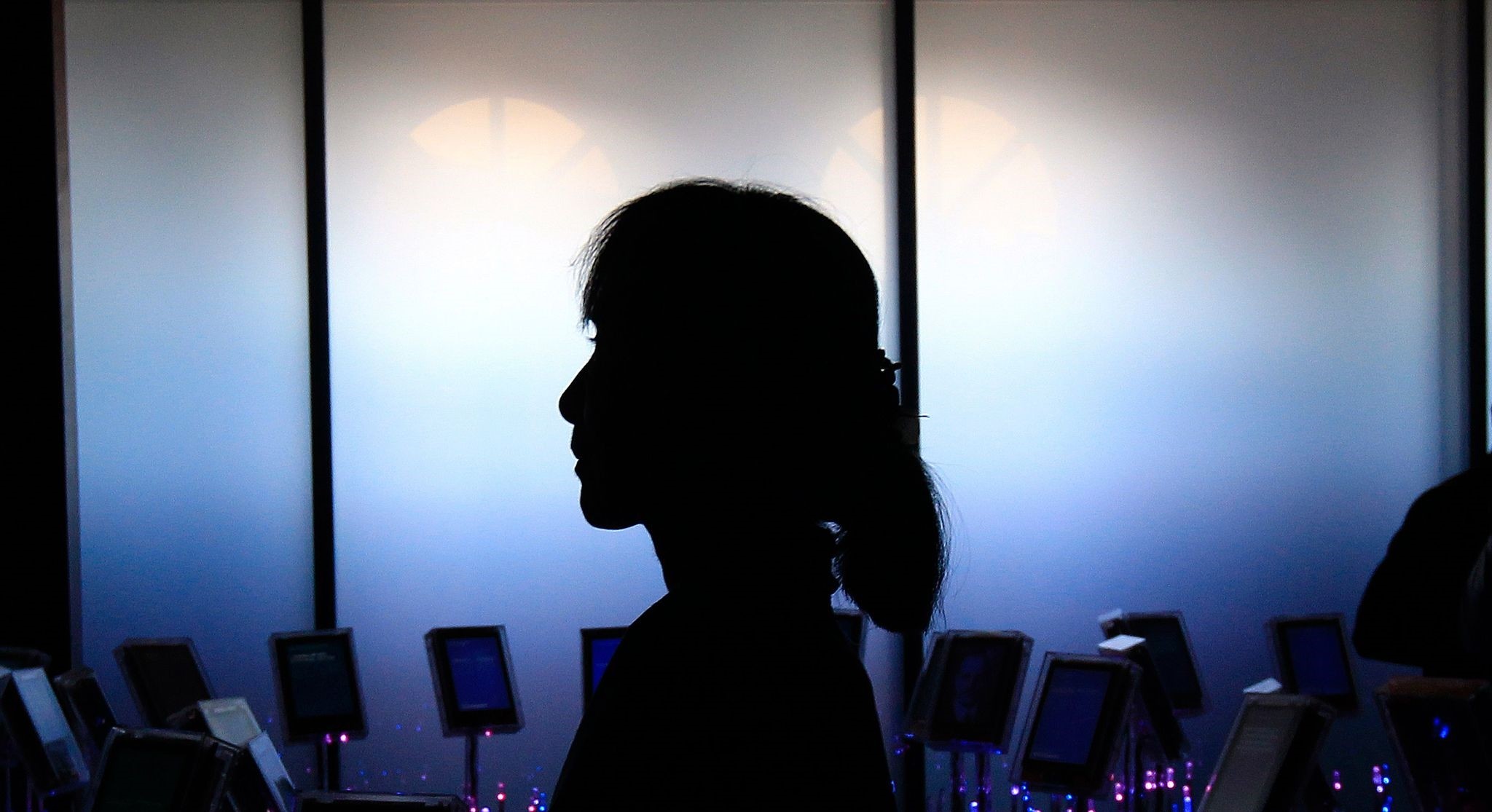 This week, as the world has been shocked by the news out of Myanmar, where images of ethnic cleansing, the burning of villages and a mass exodus of people from the southwestern region of Myanmar bear testament to the history of this troubled country, underlining how tragic and horrific the treatment of the Rohingya people has become

For centuries, the country of Myanmar, known among English speakers as Burma, has been a place that captures the imaginations of many, as evidence in poems such as "Mandalay" by Rudyard Kipling. Yet suddenly, almost overnight, Burma became known as Myanmar. When and why did this change happen?

In 1989, the military regime that ruled the country imposed the name change. In fact, Burma and Myanmar mean the same thing, with Burma being the word as pronounced in the local dialect. Democratic movements in the country brought the new name of Burma, amid efforts to remove the name Myanmar, which had been imposed by the military regime.

It makes little difference whether we refer to the country as Burma or Myanmar, when we consider what is going on there today. What matters, what has - finally - captured international attention is the ethnic cleansing and the human tragedy going on in the Rohingya region of Burma.

Who are the Rohingya people, and why is the Burmese government persecuting them? And, more importantly, why is Aung San Suu Kyi, a woman who is an international heroine and has fought for human rights all her life, remaining silent on the matter? 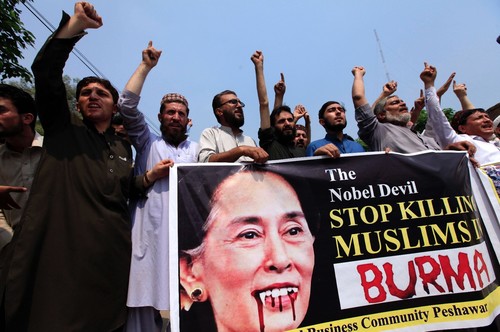 The history of the country of Burma dates back to 1057, when King Anawrahta founded the unified country of Myanmar. In the 16th century, the Toungoo Empire reunited the country again, this time naming it Burma.

Burma continued to be ruled by the Burmese until the 1880s. However, by the 1880s, the U.K. decided that a country that lay between India and China was simply just in too good of a geographical position to ignore.

In 1937, Burma was separated from India by the British to ensure that they could keep hold of the country. India was causing the British tremendous headaches, so the latter decided that by separating out Burma, they could control this region. However, this was not to last long.

In World War II, the Japanese invaded Burma. Their cruelty toward the local and British population is infamous. The Bridge over the River Kwai, although in reality in Thailand, was set as part of the forced construction of the Burmese Railway by the Japanese. However, Burma was one arena in Southeast Asia where the British had triumphed during World War II.

The reason for the British victory here is largely attributed to the fact that the Burmese national army, led by the great independence leader Aung San, switched sides to back the British, once it became clear that the Japanese could not win the war.

Aung San came from a family that was dedicated to the resistance movement against the British. Serving as the secretary of the Students' Union of Rangoon University, he served as secretary-general of the Our Burma Association in 1939.

In the 1940s, the Japanese contacted Aung San, helping the latter to raise a strong Burmese military force so as to invade Burma in 1942. However, Aung San not only sensed that the Japanese were losing the war, he was also displeased by the way the Japanese treated the Burmese soldiers. In March, 1945, Aung San switched his alliance to the efforts of the British.

When the war was over, Aung San and his men demanded independence. In what was one of the greatest tragedies of the region, because shortly after having gained independence and begun ruling the country, Aung San and many members of his Cabinet were assassinated.

From this point on, the country was unstable. One military government followed another and each of these governments repressed the freedoms of the people and were incompetent in running the country's economy.

In 1962, a military junta took over rule of the country. What ensued were years of civil war between communist groups and ethnic groups, all clamoring to make their voices heard. The ethnic groups wanted the independence that had been promised to them in the 1948 Constitution. However, this autonomy never materialized.

In 1990, the opposition National League for Democracy (NLD), led by Aung San's daughter, Aung San Suu Kyi, won the elections in a landslide victory. Still, the military government chose to ignore the results.

In 2011, the military "handed over" control to a government that was civilian by name, although the military still wielded real power. Four years later, Aung San Suu Kyi led the opposition NLD in the elections. The result was that the NLD won enough seats to form a government. However, as only a de facto leader of the country, she was not eligible to become prime minister, having married a foreigner.

The life of Aung San's daughter, Aung San Suu Kyi, is one of those amazing life stories. However, the happy ending that everyone thought had completed the story has now been tainted.

Aung San Suu Kyi father was assassinated when she was only two years old. In 1960, she left Burma with her mother, who was formerly the ambassador to India. Later, Aung San Suu Kyi attended university in Oxford, where she met her British husband.

Aung San Suu Kyi returned to Burma in the 1980s to take care of her mother, who had had a stroke. During this time, thousands of students, office workers and monks took to the streets demanding democratic reform. While in the hospital with her mother, Aung San Suu Kyi saw numerous protestors being brought in to have their wounds treated and she soon found herself unwittingly made the head of an independence movement.

She is quoted as having said: "I could not, as my father's daughter, remain indifferent to all that was going on."

After the overwhelming victory of the NLD in 1990, led by Aung San Suu Kyi, this brave civil rights leader was placed under house arrest. She was unable to go visit her husband and children in the U.K. because she knew that if she did, she would not be allowed to return to Burma. Her sons and husband were denied visas to Burma, even after her husband had been diagnosed with terminal cancer.

There can be no question that Aung San Suu Kyi acted as a heroine should act. She was stoic and she was brave. She stood up against harsh treatment, and made great sacrifices for her country. Yet, this brave woman, a woman who withstood a multitude of humiliation and torture, has now betrayed what she stood for. While she began by initially speaking up for the people of Burma, she has now gone overwhelmingly silent regarding the persecution of the Rohingya people. To many, this makes Aung San Suu Kyi complicit in these crimes.

The way the Rohingya people are being treated cannot be justified by any statements, excuses or lies. Aung San Suu Kyi has blamed "terrorist propaganda," claiming that there has been an exaggeration. Yet, there are films, eyewitness accounts, and much more evidence. The U.N. has called the Rohingya Muslims the "world's most persecuted minority." This was their status before Aung San Suu Kyi took office, and it continues to be their status today. The U.N. has already stated that there can be no doubt that ethnic cleansing is happening, and that the situation is on the brink of becoming a genocide.

The military still has the lion's share of the power in Burma/Myanmar. Aung San Suu Kyi, the de facto democratic leader, does not have the same great power. Yet, there are things she could do and definitive actions she could take. Most simply, Aung San Suu Kyi could speak up for the Rohingya people. However, rather than speaking out for the "most persecuted minority" in the world, this heroine, this noble freedom fighter, prefers to tell President Recep Tayyip Erdoğan that he should not be deceived by false news created by terrorists. She prefers to say that she is surprised that anyone would want to stand up against the army when the government has done so much for them. And, this is the same army that kept Aung San Suu Kyi under house arrest.

Once upon a time, Aung San Suu Kyi said that: "It is not power that corrupts, but fear. Fear of losing power corrupts those who wield it." There is one voice that would wield more power than anyone else in preventing the horrific treatment that is being inflicted on the Rohingya people - the voice of Aung San Suu Kyi. Also, it is this voice, the voice of a Nobel Peace Laureate that remains silent as people are being massacred, tortured and driven out of the nation that she leads.