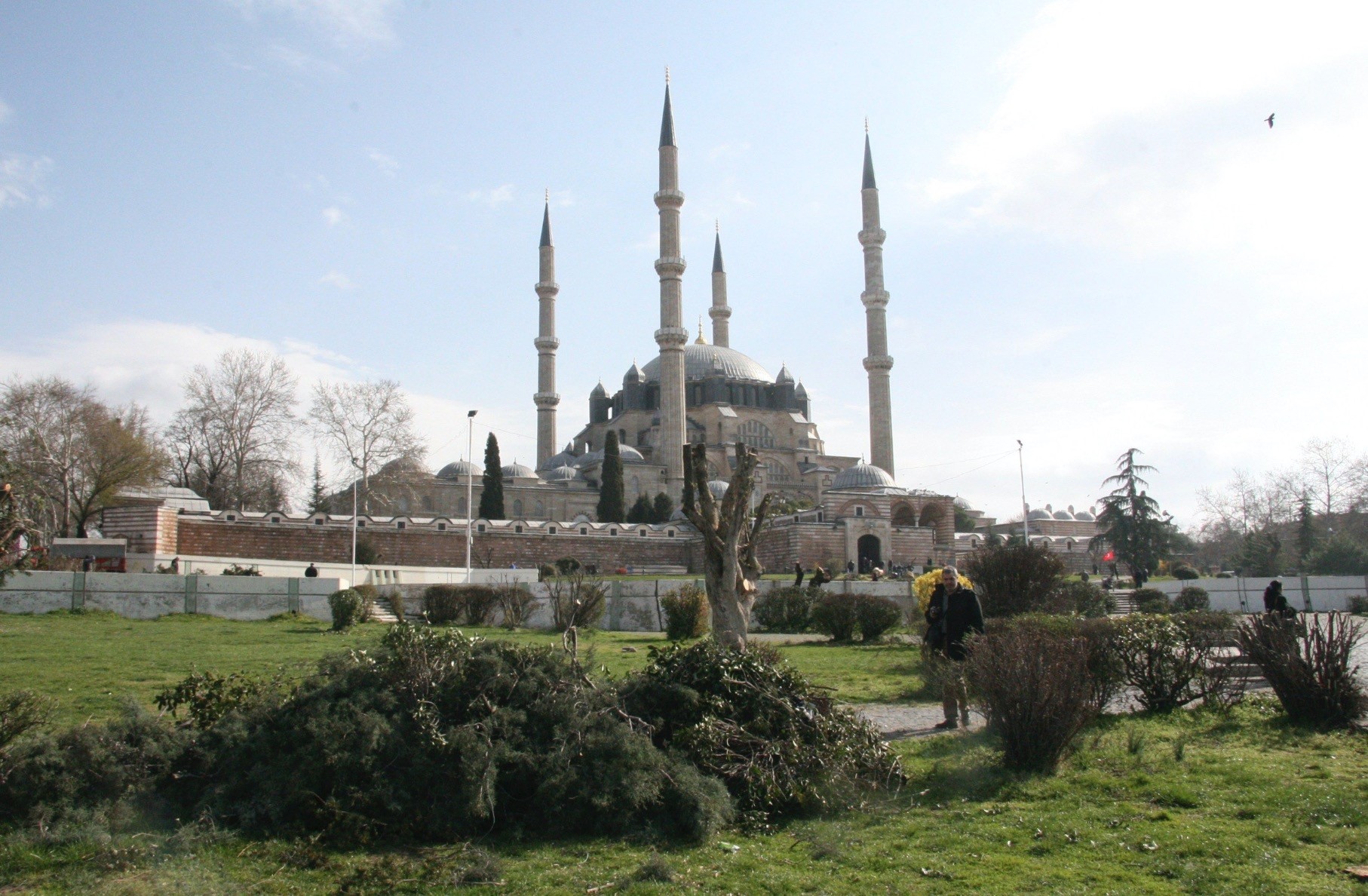 Thrace witnessed the rise and fall of numerous civilizations: It has been featured in Greek mythology, history books and literary narratives. Now, the region is a place for those who want a quick getaway from the chaos of Istanbul as well as the neighboring provinces.

Those planning to spend their holiday in Thrace can experience the Aegean Sea in Edirne, the Black sea in Kırklareli and the Sea of Marmara in Tekirdağ and also observe the cultural heritage in the area on site.

Edirne, the garrison town of the Eastern Rome founded by Thracians, was conquered by the Ottomans and once served as the empire's capital. The city, which played an important role in the conquest of Istanbul by the Ottoman Sultan Mehmed II, still preserves its strategic importance even today.

Called as Der Saadet (Door to Happiness), Edirne still preserves its magnificence as a city as in the times it was the capital city of the Ottoman Empire.

The Selimiye Mosque, the palace where Sultan Mehmet II the Conqueror was born, Kırkpınar as a centuries-old story of bravery, the three rivers full of longing, the bridges as the monuments of civilization, caravanserais, baths and palaces are among the must-see places for the ones who are on the track of our ancestors.

Holidaymakers have the opportunity to visit Kaleiçi district with houses with oriel windows, Meriç Bridge, where the sultans watch the sun set, the palace, where Sultan Mehmed II the Conqueror planned the conquest of Istanbul, Justice Pavilion, where Süleyman the Magnificent wrote his "Justice" and the Selimiye Mosque, the masterpiece of the Great Sinan.

Edirne is like an open-air museum with these monuments, all of which are within walking distance. The world-renowned Selimiye Mosque, the masterpiece of Mimar Sinan, legendary Ottoman court architect, Yıldırım Bayezid Mosque as the first memorial of the city, the Old Mosque containing a rock from the Holy Kaaba on its base, the Mosque with twisted Minarets (Üç Şerefeli Mosque) leaving its mark on the city silhouette with the zigzag, tile, twisted and grooved motives and Muradiye Mosque with its magnificent ceramics are the prominent places to visit in the city.

Fried liver, as one of the most special tastes of the city, is among the favorite plates of tourists. Also, the Edirne meatball is as delicious as the famous fried liver.

Marzipan, deva-i misk (a kind of halva), Kavala cookie and Edirne cheese are among the special tastes of the city and all of them can be easily found at the shops, covered bazaars and Ali Pasha Covered Bazaar which are closely located to the historical spots.

The souvenirs that can be bought from the city, on the other hand, are small wrestler's tights, fruit fragrant soaps and an Edirne doll.

Visitors definitely must see the famous bridges of Tunca and Meriç, which inspired many folk songs and is just 10 kilometers (6 miles) away from the city center.

Various churches and synagogues in the city reflect the Ottoman tolerance as well.

Bulgarian Sveti Georgi, Sveti Konstantin and Elena churches are still open to worship. The Great Synagogue in Kaleiçi and the Italian Catholic Church are within the walking distance to each other.

Also Saros Gulf, which can purify itself on its own, offers an alternative for energy storage in a short distance.

With a coast of approximately 150 kilometers to the Marmara Sea and called "The Pearl of Marmara," Tekirdağ increases its tourism advantages every year thanks to its natural beauty, cultural heritage and the improved facilities for paragliding, sea surfing and sailing.

Visited by tens of thousands of local and foreign tourists every year, Tekirdağ attracts attention with its Archaeology and Ethnography Museum, Rakoczi Museum, Namık Kemal's House, mosques and fountains dating back to the Ottoman times, natural beaches and festivals.

Tekirdağ visitors must definitely see Karacakılavuz town, which is 50 kilometers away from the city center, and buy hand woven products special to the town.

Foreign tourists' favorite, which are awarded with blue flag every year, Şarköy, Mürefte, Kumbağ, Değirmenaltı, Marmaraereğlisi and Barbaros are ready to host their visitors in the best way.

Located 60 kilometers away from the Black Sea, Kırakleri's local and foreign visitors mainly prefer the İğneada, Kıyıköy and Kastura coasts. The region offers an ideal environment for daily and weekend holidays.

Nearly 1.5 kilometers away from the city center, İğneada attracts attention with a range of grade one natural site areas located in its immediate environment.

Also the floodplain forest, 90 kilometers away from the city center, is an alternative for those who are interested in nature sports. It takes four hours to see the whole forest.

The Dupnisa Cave, which was recently opened to tourism, is 80 kilometers away from Kırklareli. Categorized under two categories titled "the dry part" and "the wet part," only the dry part of the cave is open to visit. People visiting the cave can witness the change of air inside during the hour-long tour.