Scents fit for a sultan: All about Turkish-Ottoman perfume culture 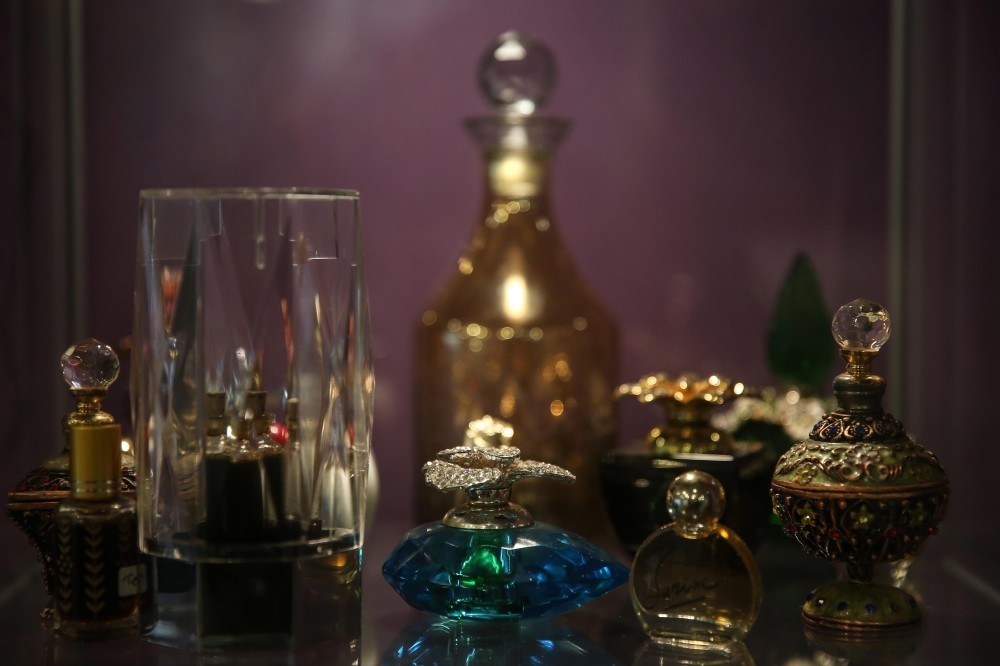 Turkish fragrance culture will come uner the spotlight at a panel session titled, ‘Fragrance Culture in Turkey' set to be held on Sept. 16 at the Yunus Emre Institute in Cologne. The event will focus on key details of fragrance culture during the Ottoman era and early Republic period

Perfumes and fragrances are more than just beautiful scents; they are composed of memories and emotions far apart from their chemical components. As the power of perfume was recognized by nations thousands of years ago, every culture gives different attributes to unique perfumes and fragrances.

As Nejat Yentürk stated in his article titled, "Perfumes in the Ottoman World" ("Osmanlı Dünyası'nda Parfümler") for the monthly history magazine "Tarih," the French artist Pretextat Lecomte who lived in Istanbul during the reign of Ottoman Sultan Abdülhamid II once said that beautiful perfume is "a luxury for the West but a must for the East."

For eastern cultures, beautiful scents are the best ways to see the world in the most optimal manner possible. Thanks to the hadiths of Prophet Muhammad on the importance of pleasant scents, fine fragrances became an essential part of daily life in Muslim culture.

Beautiful scents were used across a wide are of civilizations before Islam such as the Sumerians, Babylonians, Urartu, the ancient Greeks and the Roman Empire. Considering the fact that nearly all these civilizations were either founded on or had ties with Anatolia, it can be said that Turkey is a cradle of the perfume industry and plays a very big role in today's perfume and cosmetic industry.

Over time, fine scents became irreplaceable in some religious ceremonies and practices in the East as they awaken positive feelings and give inspiration. However, the Western concept of fragrance and perfume was quite different from that of Eastern culture. Back in the day, bathing wasn't a daily routine for Westerners: Fine scents were used to camouflage bad smells. 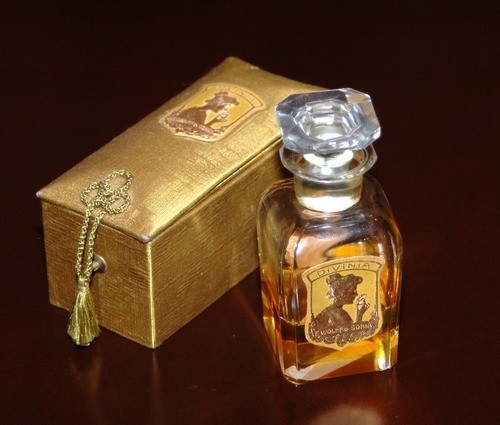 Divinia, one of the first European perfumes introduced in the Ottoman Empire.

Europeans started to use fine scents for living spaces after their travelers experienced various methods of fragrance usage in the Ottomans "buhur suyu" (a type of fragrance water used by the Ottomans), rose water and a wide array of fragrances extracted from flowers or fruits or substances like amber and musk. After the Westernization period of the 19th century, most Ottomans abandoned traditional beauty products.

In modern days, most people have health problems due to synthetic ingredients used in perfumes. Hence, ancient perfumery traditions such as the fragrance culture in Turkey are regaining the reputation they have been much denied, not only in the East but also in the West.

Turkish fragrance culture to be presented in Cologne

The Yunus Emre Institute's Cologne office is set to hold a panel session on Turkish perfume and fragrance culture on Sept. 16 at 06:15 p.m. During the panel, which will also mark the 20th anniversary of the Sister City Treatment signed between Istanbul and Cologne, the Ottoman and Turkish fragrance culture and history of the eau de cologne will be brought to light.

The panel titled, "Fragrance Culture in Turkey and Germany" is to open with keynote speaker, sociologist and perfume designer Bihter Turkan Ergül, who will give an enlightening presentation about perfume culture in the Ottoman Empire. Ergül, who applied to UNESCO with the request that World Perfume Day be celebrated every year on June 25, will talk about the economic and cultural aspects of fragrance usage in Ottoman era, the diversity of artisans who sold fragrance, fragrance usage methods in everyday life and in ceremonies such as "Hırka-i Şerif Alayı" ("Procession of Prophet Muhammad's Cloak"), fragrance usage in different segments of society and in the Ottoman palace. Ergül will also talk about the introduction of European-style perfumes that included alcohol during the modernization process of the Ottoman Empire which kicked off with the Tanzimat period. Dr. Ulrich Soenius will also make a presentation about the history of "Eau de Cologne." He will talk about the adventure of "kölnisch wasser" which became famous as eau de cologne after it became popular in France. The panel is free of charge and open to the public.

"Three things should not be refused: Pillows, fragrances ("itr-oil") and milk." This is one of the hadiths that refers to the importance of fine scents and fragrance. Prophet Muhammad used fragrances that smell beautifully, such as musk and amber. Muhammad praised those who use fine scents in their daily lives and encouraged people to use fragrance before Friday prayers. In the house of Prophet Muhammad, pleasant fragrances including musk, amber, oud and camphor were always used. Hence, it is no surprise that fine perfumes and fragrances have an important place in everyday life in the Muslim world. They were used not only for the body but also for ceremonies such as weddings, Eid, funerals and religious rituals as well as medical treatments. Rose water and "buhur suyu" were offered to guests. Ottoman sultans used different perfumes for ceremonies or religious rituals. There were also products like jasmine water and amber water and "galiyes" or "kalyes" which were in paste form and included in liquid forms of musk and amber. In the Ottoman palace, perfumes were manufactured in "halvahane" where desserts and soaps were also produced.

At the beginning of the 19th century in Ottoman society, new cosmetic products began to take the place of traditional beauty products. During the reign of Sultan Abdülaziz, rose oil was quite fashionable, however, by the end of the century, the Ottoman families who visited Europe brought Western-style perfumes to the Ottoman lands. Aybala Yentürk wrote in her article titled, "First Local Perfumer Which Produced European Style" ("Avrupa Tarzi Üretim Yapan İlk Yerli Parfümer") for Tarih's December 2015 issue that Eau de Lubin, Vivitz, Floramye, Safranor and Pompeia were the perfume brands that were first introduced to the Ottoman society by noble Ottoman families.

Ahmet Faruki, a member of a Muslim, Egyptian family, opened the first Ottoman cosmetic shop in Sultan Hamamı, Eminönü, becoming the founder of the cosmetic industry of the Ottoman Empire. With the support of Sultan Abdülhamid II, Faruki had the power to compete with foreign shops in Galata, Pera and Frenk Street in İzmir. "Echt Kölnisch Wasser" produced in Germany's Cologne introduced into Ottoman territories as "Köln Suyu" ("Water of Cologne"), and then its French translation "Eau de Cologne" preferred with the import of French colognes, Turkish people preferred to use kolonya (cologne) for this product. Sultan Abdülhamid II showed great interest in the eau de cologne and encouraged Faruki to make new cologne types that were unique to Turkish culture. In his article "Ottoman Perfumes" featured in the book titled, "Sacred Incense to Fragrant Elixir: Perfume" Nejat Yentürk says: "Following the free trade agreements signed with the European powers from 1838-1841, import duties were reduced from 12 percent to 3 percent," aiming to introduce European perfumes to local perfume designers and to encourage local production. 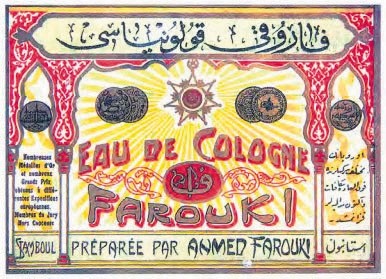 Ahmet Faruki developed new kinds of eau de cologne with rose, lavender and jasmine and these new colognes became highly popular in the Ottoman Empire as well as in Europe. These new types outpointed eau de cologne with lemon coming from Europe. As Faruki exported Turkish colognes to Europe, there was a massive demand for Faruki's products from India, Iran, the Batavian Republic and Japan, and shopping at his store was a very important part of wedding preparations. Faruki was writing for newspapers to encourage local businessman and to promote the consumption of local products. According to Yentürk, with the cheap imports "a new type of consumer was created and Ottoman women abandoned tradition ideas of beauty." However, Faruki opened a new avenue for promoting new Turkish perfume and cosmetic brands, gaining prestige and making a tremendous impact on the Ottoman Empire, Turkey and the entire world.