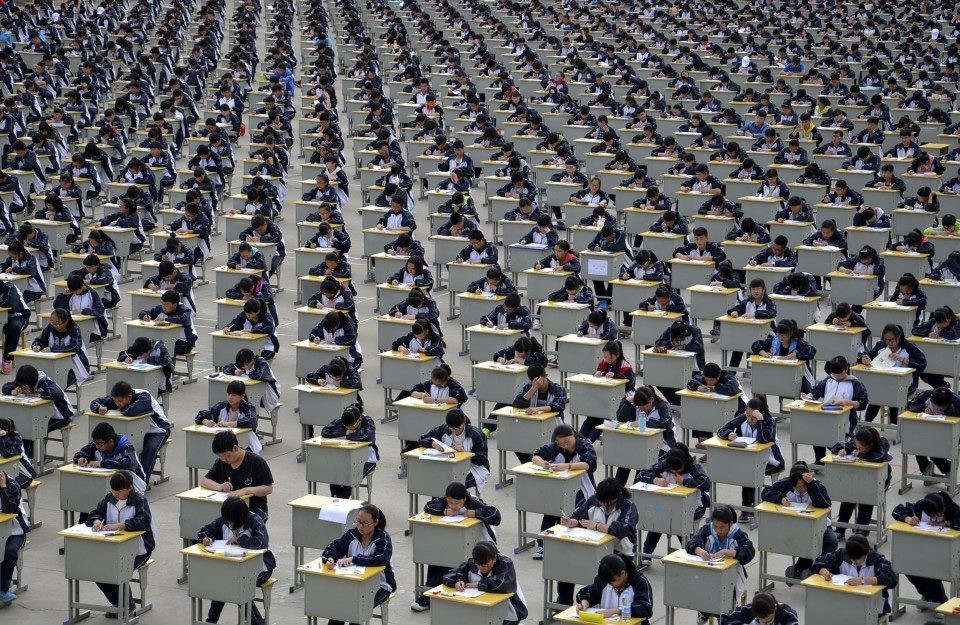 Last week, on national television, the president of Turkey stated that the TEOG exam - an exam taken by children at the end of eighth grade to secure placement in high school - would be abolished. It is to be replaced by grade assessment throughout middle school and an entrance exam created by each high school that the child applies to. This sudden announcement sent shockwaves through the educational community, with positive and negative reactions emerging

There has always been controversy about exams. Are we really testing our children on what they learn, on their abilities, or on what they can memorize and regurgitate? Are exams the best way to evaluate children? Einstein is reported to have said: "...if you judge a fish by its ability to climb a tree, it will live its whole life believing that it is stupid."

Exams are a part of every student's life. Some people dread exams, others relish them. While researching different attitudes and approaches to exams, a statement by one British secondary school student: "exams have been around for thousands of years," was thought provoking. While on the surface, a blatant overstatement, demonstrating a skewed sense of time and history, on a deeper level, this statement can only be true. Many of the Prophets, many kings, many scholars, and many other personalities throughout history underwent some type of exam. This testing may not have been in writing, but these people were tested.

However, what is at issue here is not exams per se, but the standardized test. The standardized test, multiple-choice in nature, is applied to all students in a country at the same time. Then the children are ranked according to their success. Although the statement by a secondary student above is not accurate, standardized tests do date back almost two centuries, first being detected during the Han dynasty in China in the first century. The first standardized tests were used to test applicants for bureaucratic posts. By the seventh century the first large-scale standardized test, the imperial examination, was used to award positions and determine how they could best function within the government.

But "as Industrial Revolution ... took school-age kids out of the farms and factories and put them behind desks, standardized examinations emerged as an easy way to test large numbers of students quickly," (TIME Magazine "Standardized Testing http://content.time.com/time/nation/article/0,8599,1947019,00.html". Dec. 11, 2009.) Replacing the traditional viva exams, where the candidate had to prove their ability for critical thinking and discussion, the standardized exam became, well, the standard. Now that education was available to the masses there had to be an assembly line approach to make sure as many students could be processed as quickly and efficiently as possible.

But this raises an important question. In earlier eras, to establish that one had learned and imbued the essence of a lesson, it was necessary to discuss the main points, and to extrapolate new ideas. For practical skills, practical demonstrations were necessary, as seen in the apprentice system. Standardized exams came to replace the earlier system because such exams make it easier to assess all the students fairly. The majority of the regulations concerning standardized exams are actually there to ensure that there will be no cheating; that is, standardized exams were developed on a negative basis - to prevent cheating and to ensure uniformity.

The problem is that a standardized test is not an accurate measurement of how well a student has been educated, nor of how intelligent a student is. A report in 2013, "Early Warning Confirmed," states that researchers had discovered that there is a serious gap between children from low-income families and wealthier families, and that this gap is growing.

Already by the 1970s, the British government felt that the standardized 11+ exam was unfair on less academically gifted children, and Local Education Authorities were given the option to establish Comprehensive Schools, with all children being equally eligible to enter.A study from Stanford University discovered that there was a deviation of approximately three to six years between low socioeconomic status families and high socioeconomic status family in children in middle and high schools. In addition, and perhaps most significantly, this gap has grown over the last fifty years.

As a result, students who are coached, who get extra help, who go to more challenging schools or who just have a more academic atmosphere at home are likely to do better on standardized tests. But this is only the tip of the iceberg. A high score on a standardized test does not always mean a great deal about the academic prowess of the student. When examining university performance, there is a higher correlation between the students' GPA in high school and the GPA in university as compared to SAT or ACT scores.This is because standardized tests do not measure intelligence. They measure how well the students has learned to memorize, to sit still for an hour, or two or three hours, and how well they have learned the tricks that help them to determine the right answer.

Students simply regurgitate facts that they have spent hours memorizing, the students have not actually absorbed any of the concepts nor do they have any deep understanding of what these concepts actually mean. The exams make no room for creativity. In a multiple choice test there is only one correct answer. As a result, students learn to focus on finding the one answer, and memorize scores of questions and answers. Students thus disregard any information that might be deemed "irrelevant". The students' ability to think, cognate and process are nipped in the bud. Students learn what to think, not how to think.

But is this type of exam relevant today? Our demands have changed, and factory workers standing in an assembly line is no longer the product we demand of our schools. We need people with vision, who can think outside the box, who can lead and innovate.

While standardized testing does mean that students learn a great deal of information, they fail to learn how to research, how to do teamwork and how to think in an original and innovative manner. Only coursework, which is evaluated by the students' grades, can help such skills forms.

The fact that there has been a large number of intelligent, innovative thinkers who did not do well at school is well recognized. Surely it is time to put the standardized tests on the shelf and let them stay there. What came in with the Industrial Revolution to measure our children's academic success has been made obsolete by the technological revolution. In Turkey the students are fortunate that there is a concrete move to break through this psychological barrier. To eliminate standardized tests is difficult, but the first step has been taken. Let us only hope that all other standardized tests will have the same fate and the way for innovative, creative and critical thinking will be opened.