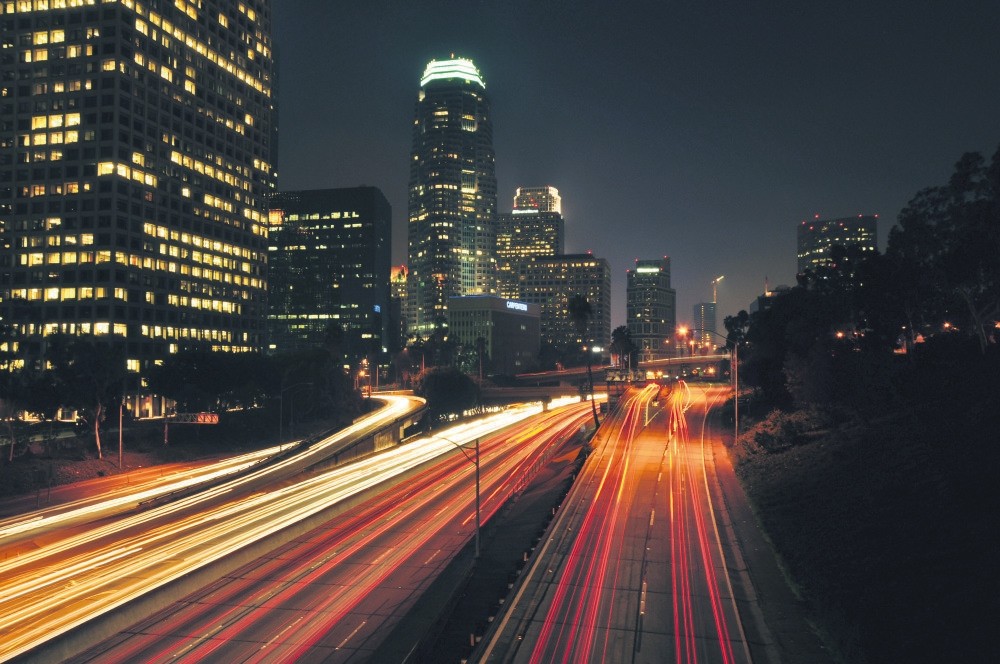 Traffic in Istanbul is frustrating, complicated, fascinating and actually sometimes great fun, and still there is no doubt that the traffic in this city on two continents can be a headache, but thanks to efforts made in recent years, for a city home to 17 million people, it is really quite bearable

There are a number of lists that give the cities with the worst traffic in the world. On two of these lists Istanbul appears, on one near the top, on one nearer number 10. There are just as many lists in which Istanbul is not even mentioned.

One list gives the top 10 worst cities for traffic. Number 10 is Maimi with 65 hours more spent at the wheel per person per year, number nine is Paris, which is tied with Miami. Atlanta, with 71 extra hours, comes in at number eight and at number seven is London with 73 extra hours. Coming in sixth place is Sao Paulo with 77 hours, then Bogota with 80 hours. San Francisco gives drivers an extra 83 hours behind the wheel, while New York City provides 89 hours of gridlock fun. Moscow, coming in at number two keeps the driver a 91 extra hours at the wheel, and finally, in first place is Los Angeles at 104 hours.

Another list, this time compiling the top 10 according to the number of stops and starts a driver has to make per year includes Istanbul. According to this list, the 10th worst city in the world for traffic is Milan, with 23,160 stops and starts, giving a total of 87 extra hours at the wheel. Coming in at number nine is Buenos Aires, with 23,760 stops and starts per year. At number three is Bangkok, with 27,480 stop and starts; followed by Moscow, with 28,680 stop and starts. Moscow is tied with Rome. Surabaya, in Indonesia, comes in at 28,880 stops and starts, ranking it number five. In St. Petersburg, the typical driver experiences 29,040 stops and starts each year while Mexico City, at number three, provides 30, 840 stop starts. Istanbul comes in on this list at number two, with 32, 520 stop and starts for 110 extra hours each year. The problem for Istanbul is that 80 percent of the traffic consists of private vehicles carrying just the driver - no car-pooling. And number one according to this list? Jakarta, with 33, 240 stop starts. A large number of cars, limited public transport and frequently flooded roads all help to create serious traffic problems in Jakarta.

How can traffic problems be solved? In Istanbul new routes are frequently being added to the public buses. Then there are the semi-public buses, which also have many new routes. And then there are the minibuses, which do not use bus stops, but stop where and when necessary or, rather, where and when they like. Then there is the metro bus, which has a special lane and does not get caught up in traffic. Then there is the new metro, which has been extended over the past few years with new lines being added on the Anatolian side of Istanbul. And the ferries and fast boats and water taxis. In short there is a great deal of alternative transport. But this great deal of alternative transport is still overcrowded.

Throughout the world major cities have come up with a number of different solutions to combat traffic. A report entitled The Future of Urban Development Initiative collects solutions to problems encountered in large urban spaces from around the world. Cities like London and Stockholm have introduced fees for using central city roads during working hours. This remarkably reduces the traffic, and more people opt for public transport, which it must be said is still expensive.

In Barcelona there is an app that provides drivers with information about parking availability. Traffic control cameras allow the transport authority to control the frequency of green lights to help lighten the traffic when necessary.

London has an electronic journey planner that gives information to the user about different modes of transport, including pedestrian routes, the tube, buses, trains and bicycles. Istanbul Metropolitan Council has a similar app that tells the user how crowded the roads are, and most Istanbul drivers have it on when driving. 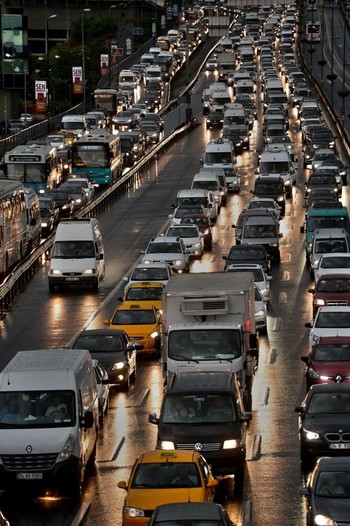 Hong Kong has the Public Light Bus, which is similar to the Turkish minibuses. These buses carry 16 people and are faster and more efficient. In Copenhagan there is an "Intergrative public Transport Model" which provides information about location, route and tickets. The bus stops are designed to be near the metro stations, and bike parks are to be found nearby, making switching from one mode of transport to another easy. In Copenhagen reduction in car use has led to an 83 percent drop in CO2 emissions. Bicycles are highly popular, and have helped to reduce CO2 emissions even further.

Hangzhou in China has the largest public bike-share program. There are 67,000 public bikes, 3,000 service points, and a rental volume of 230,000 per day. Bikes can be rented with a smart card or a cash deposit.

The U.K. has the Active Traffic Management (ATM). This is only applied on certain highways, and messages are displayed over lanes, allowing changes in lane speed and use. Speed limits are reduced during peak traffic, allowing more cars onto the roads. The messages also alert drivers of congestion or accidents ahead.

The message system has recently been introduced in Istanbul, and it is very beneficial in that it allows drivers to choose alternative routes.

But there is an idea that seems so out there that it might just work. A world with no traffic rules, no lights and no signs. All traffic is free to move as it pleases, and all vehicles respond by instinct rather than imposed rules.

Chaos you think. But having experienced Istanbul traffic for enough years, it is an enticing idea. There is a gentle dance in Istanbul that takes place at intersections devoid of lights or signs. When people are trying to feed into a road, or are at an intersection with no signs the dance ensues. There is an unspoken rule of how the traffic should flow. Of course, to secure your place you must be a little bit pushy. The wallflower will get nowhere. But the slightly (emphasis on slightly) pushy driver will not get rammed, hit or sworn at, if that person is taking their turn.

When describing a similar situation filmed in Addis Ababa, Ethiopia, urban designer Ben Hamiliton-Baillie claims: "What you're observing is far from chaos. There's a very strong order implicit in the dynamics of that space, which is just different from the conventional state-controlled order of a traffic signal."

Hamiliton-Baillie claims that the traffic signal does the thinking for the motorist or pedestrian and controls the process. But when these controls are not present there is a wide range of social rules and conventions that replace them. Basically, everyone makes sure they don't run into anyone else.

In fact, this method has been discussed for decades and has been adopted in different cities, in Germany, Japan, and Israel. "What you want is a bit of ambiguity, uncertainty," that what makes these intersections work.

The problem with lights and signs is that they give the driver a sense of entitlement. If a pedestrian is crossing slowly, or a car is taking its time turning into an intersection, and they are taking up your green time, you blast the horn. You have priority. How dare they waste your green light? But in normal circumstances, if we were walking through a building or a shopping center, we wouldn't get angry. We would wait, because that is the polite thing to do. These conventional protocols are removed by the introduction of lights, controls and signs. And as a result, we become slightly less human.

The idea of removing signs is that the drivers, bicyclists and pedestrians will work out what to do for themselves. They will function in a socially acceptable manner. They will be more human.

When the system of no system, i.e., no traffic controls, has been implemented there has been no increase in traffic accidents. Rather what has happened sometimes is a friendly, nicer way to interact in one's car.

Perhaps it is this that I love about Istanbul traffic. It is the gentle taking of turns, of knowing that if you give way, someone will give way for you. It is social interaction of machines, and boy is it fun.