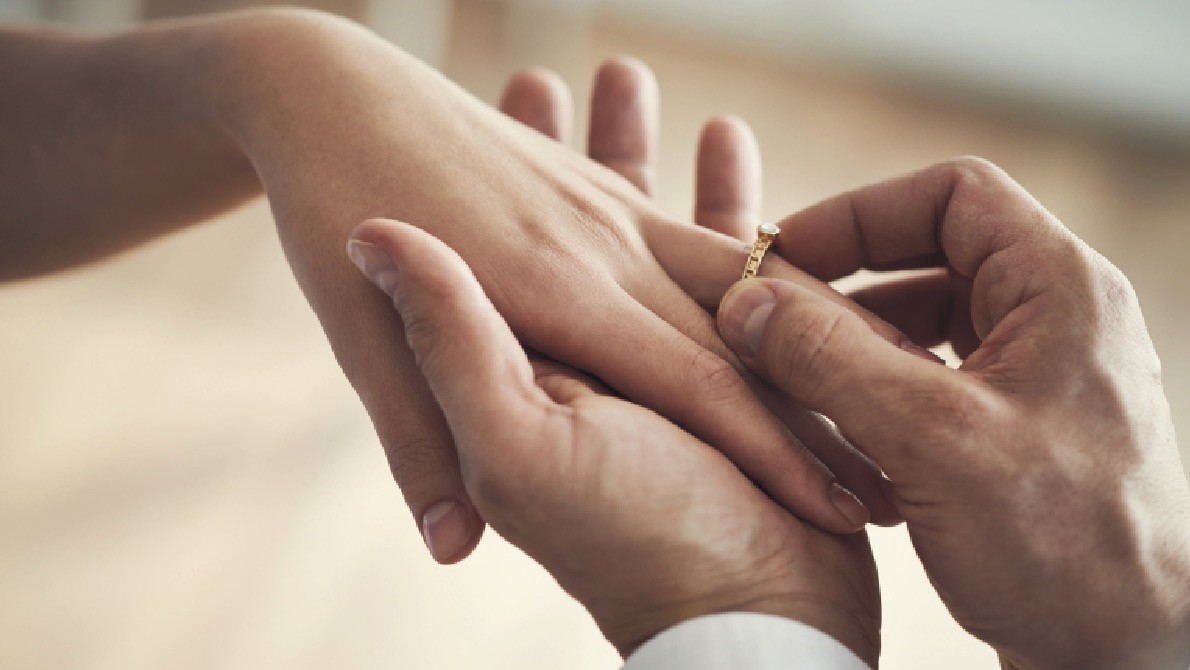 In Islam, it is not strictly necessary for marriage ceremonies to be performed by clergy. If a man and a woman accept each otheru2019s conditions and say, u201cI am married to this person,u201d in the presence of two witnesses, their marriage is established.
by Ekrem Buğra Ekinci Oct 20, 2017 12:00 am

Marriage is as old as human history. It is an institution that shares some serious religious aspects. For this reason, wedding ceremonies in almost every religion take place in the presence of a clergyman.

When religion slowly lost ground in the community, "civil marriages," a product of the French Revolution, flourished. It was mainly for those who did not want to marry in the presence of a clergy.

In his novel "Terre Promise," French author André Maurois describes a civil wedding as "a formless, uneventful formality. It's like signing a lease contract or receiving a passport..."

In Islam, it is not strictly necessary for marriage ceremonies to be performed by a clergyman. In fact, even a wedding ceremony is not necessary. If a man and a woman accept each other's conditions and say, "I am married to this person" in the presence of two witnesses, their marriage is established.

However, since marriage is also considered worship in Islam, it has always been presided over by a third person since the Prophet Muhammad's times. People were asked to be married in the presence of a dignified person who has a deep understanding of religious and legal provisions. For this reason, imams have traditionally played the role of a marriage officiant in Islamic society, which considered weddings sacred ceremonies.

Prophet Muhammad and the four caliphs are also known to have performed marriage ceremonies. Over time, as the caliphs' responsibilities increased, civil servants called "Aqqad" were appointed from among the clergy or neighborhood imams to perform the duties.

Due to the numerous legal consequences of weddings, such as kin, alimony, bridewealth, iddah (the period of waiting after the dissolution of a marriage in Islam) and inheritance, it was ordered to be performed under the supervision of official authorities and recorded in order to ensure publicity, as well as to prevent malicious intentions.

Since the beginning of Islamic history, births, deaths, and marriages have always been registered. These registers were based on treasury expenditures. Under the Seljuks, the Mamluks and the Ottomans, a written permission to marry was received from the qadi (a Muslim judge) and a certain fee was charged.

After receiving the written permission, as to whether there were any obstacles to the marriage of the parties, the imam of the particular neighborhood or village, or the priest or rabbi in case of non-Muslim communities, then officiated the marriage.

It was not customary for the parties to be present during the marriage. Both sides were represented by parents or proxies. The clergyman who executed the wedding would get the official certificate he had issued signed by the parties and witnesses, sealed it and then sent it to the registration office, therefore registering the marriage.

On the day of the wedding, the imam, in the presence of two witnesses, recited the required Quranic verses and quoted from hadiths following a sermon and asked for the consent of the woman first and then the man. After receiving a positive reply, he would declare that the couple was lawfully married and pray for their matrimonial relationship to be happy and fertile.

In 1926, the Islamic law in Turkey was abolished and the Swiss Civil Code, arranged in accordance with the Catholic Church law, was adopted by the newly established Republic of Turkey. It rendered performing religious marriages without the presence of a municipal officer a punishable offense. It was even included in the current Constitution as a law of revolution.

The tradition of religious marriages, however, continued to exist among the public. But because this type of matrimony was not officially accepted, many people had to endure unjust treatment. A woman married this way would be treated as a mistress and her child as illegitimate by the state.

In fact, many men and women were accused of adultery and put in prison due to this practice. The criminalization of religious marriages was only abolished recently.

The late Ahmed Davudoğlu Hodja, a Bulgarian Turk who worked as the director of the Istanbul High Islamic Institute for many years, was even sentenced to jail for saying, "The civil marriage cannot take the place of a religious marriage; both must be performed," at a seminar in the '70s. Before passing away he said, "I have not seen such cruelty even in Bulgaria."

In Islam, certain conditions must be met for a marriage to be authentic and as in godparenting in Christianity, a man and a woman breastfed by the same woman cannot marry. According to the Turkish Civil Code (TMK), on the other hand, milk siblings can marry.

According to Islamic laws, a Muslim man can marry a Muslim, Jewish or Christian woman, but he cannot marry an atheist while a Muslim woman, on the other hand, can only marry a Muslim man. The TMK, in contrast, does not place any restriction based on religion.

Islam sees it as imperative that the marriage contract is issued in the past tense which is not the case in civil marriages. The prior also requires the attendance of two male or one female and one male Muslim witness during the ceremony. But, according to the TMK, the religion and gender of the two witnesses are not important.

Under Islamic practices, marriage can be performed through a proxy or letter yet it is not legal under the TMK. It is imperative in Islam that the woman's parent/s attend the ceremony or give permission but is not a requirement under the Turkish code.

Also in Islam, the groom is obliged to pay a substantial sum to the bride while getting married. This is not the condition of the marriage, rather a consequence. It is the bride's right. But, such requirement cannot be enforced in a civil marriage. It is sought that the man is equal to the woman in economic, social and religious terms in an Islamic marriage. According to the TMK, it is not required.

'I cannot perform this marriage'

Many years ago, when a famous Turkish singer was getting married to a Jewish businessman, an imam was called for a religious marriage ceremony, but when he learned about the groom's religion, the imam did not accept to preside over the marriage and left.

In Turkey, mayors and registrars assigned by mayors are authorized to register civil marriages. However, a bill which was submitted to parliament on July 25 and passed yesterday, also grants that authority to provincial and local muftis. The government defends the new bill on the grounds that it will facilitate marriage procedures.

However, the main opposition party and a number of women's associations argue that the new regulation will pave the way for child marriages, even though the legal age of marriage, which is 17 according to Turkish law, will not be changed once the draft bill is passed by Parliament.

What is ideal in a modern state is that people who want to get married should be able to go to a clergy and marry according to their own religious beliefs and the state would, in turn, officially accept this. On the other hand, couples who want to can get married in the presence of a municipal officer. Two people should be allowed to apply to the authorities by saying "we are married."

This is how marriage is practiced in all civilized countries. This system is applied in neighboring Greece and even Israel. It is an advanced and appropriate step to give the clergymen in Turkey the authority to perform marriages according to the parties' religious beliefs, not according to the Turkish Civil Code.