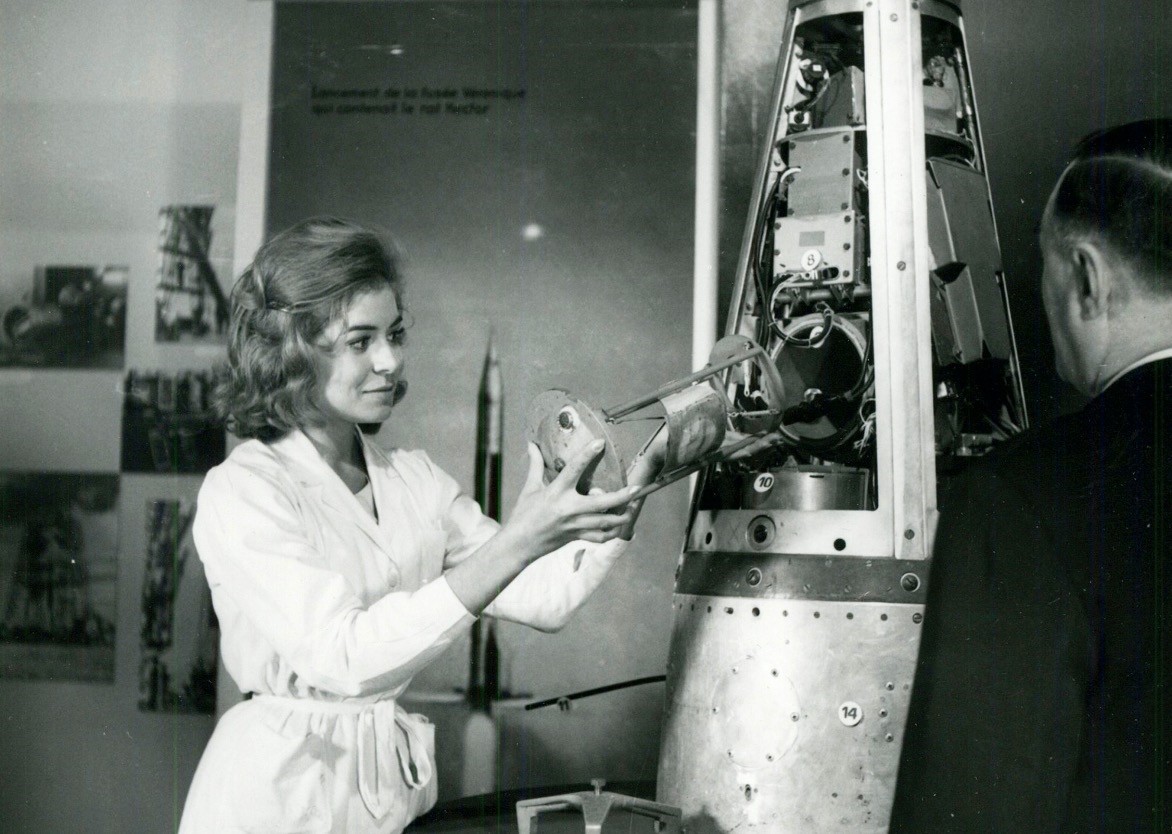 Before Russian astronaut Yuri Gagarin made history as the first man to go into space, there was Laika, the dog that was the first mammal to be sent into the endless darkness. Looking back at the last 60 years, it can be said that the modern Noah's Ark is sailing in space

The stray from Moscow is one of many animals who preceded humans in the conquest of space; like most of the others, she did not survive.

"These animals performed a service to their respective countries that no human could or would have performed," NASA said on its website. "They gave their lives and/or their service in the name of technological advancement, paving the way for humanity's many forays into space."

In June 1948, rhesus monkey Albert I was the first mammal to be sent up to space in a rocket, on a NASA mission to test its reaction to weightlessness. He reached 63 kilometers (39 miles) in altitude, just below the start of outer space at 100 km.

A year before the United States had sent fruit flies to an altitude of 100 km in a V-2 rocket.

In August 1951, Tsygan and Dezik were the first dogs to be sent into space on a sub-orbital flight for the Soviets, returning alive.

But the first full orbit of Earth by a living being was accomplished by Laika, a small mongrel picked up from the street and sent up in the Soviet Sputnik 2 on Nov. 3, 1957, enclosed in a metal container. 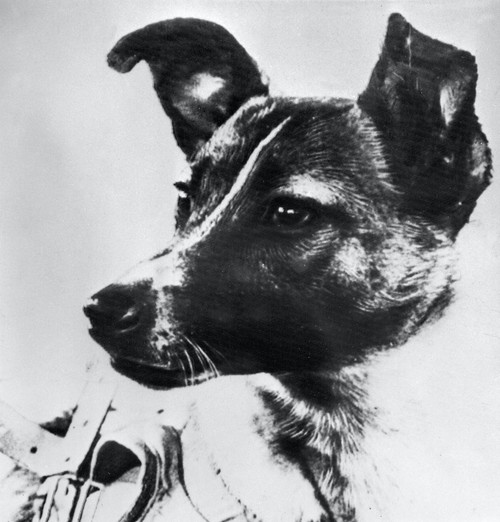 Initial reports said she had withstood the 1,600 kilometer (1,000 mile) journey from Earth but it emerged that she died after a few hours due to a malfunction in the rocket's equipment.

In August 1960 the Soviet Union sent something of a Noah's Ark into space, including dogs Belka and Strelka, a rabbit, 40 mice, two rats and 15 flasks of fruit flies and plants.

It was the first orbital flight from which animal passengers returned alive.

Strelka later gave birth to a litter of six puppies, one of which was given to U.S. President John F. Kennedy as a gift for his children.

Research with Ham, the first chimpanzee in space, in January 1961 paved the way for the first space flight by an American, Alan Shepard, one month after Gagarin's historic mission in April 1961.

Fellow-chimp Enos became the only animal from the United States to be sent into orbit in late 1961, just before John Glenn circled the Earth.

Other countries join in

In October 1963 France became the first country to send a cat into space, named Felicette. She replaced Felix, who ran away on the eve of the departure.

The French also sent up the first rat, Hector, who reached a height of about 150 kilometers in 1961.

In January 2001 China, seeking to become part of the small club of space powers, sent a spacecraft into orbit with rats aboard. In 2003 it sent its own astronauts into space.

In 2010 Iran, which wants to send a man into space, announced it had successfully tested a locally manufactured rocket containing several animals including a rat, tortoises and worms.

As global space agencies work furiously towards propelling people to Mars by the 2030s, questions of survival in deep space are also being explored with the help of animals.

And in 2014 Japanese scientists announced the survival of mouse sperm which had been freeze-dried and sent for nine months to the International Space Station, which orbits about 400 kilometers above the planet.

Back on Earth, the sperm was used to fertilize embryos in vitro to produce healthy offspring that grew into normal adult mice.

Why no more dogs, cats or monkeys?

However, 60 years after the first dog which was send into space, things have changed a lot. Now, instead of putting large mammals into a spaceship and sending them into the oblivion, scientists prefer to send small animals to work on them.

Julie Robinson, chief scientist for the International Space Station program, explains what we are still learning from animals in orbit.

When those animals were sent into space, it was because people were afraid that mammalian species in general could not survive without gravity, and that people might suffocate.

Today when we send animal into space we send large numbers of small animals in order to accomplish biomedical research goals.

How do animals adapt?

Just as we do with research on Earth, we typically use rodents, fruit flies, fish and other small animals.

There have been some scientific studies with snails; we are considering rats for the future.

For any experiment we do in space, the astronauts need special training and that is true for animal experiments as well, so they need to know how to operate the habitat and how to do the experiment activities.

With mice, launching is a stressful experience that is stressful for astronauts, too.

When they come onboard and start floating, they are surprised but pretty soon they learn how to use their habitat, how to move around and drink, sleep and eat in a pretty normal way.

Once they are settled, it is a relatively peaceful experience.

What are we learning?

The experiments that are done with mice in space are very similar to experiment done with mice on the ground. They are generally targeting areas where we are trying to improve human health such as treatments for osteoporosis and muscle loss.

In space, those small animals are floating like humans do, and they lose bone if they don't exercise; same with muscles because they don't use many muscles.

With mice, those disease processes move pretty quickly; it can be useful for developing treatments for bone loss on Earth or for other aspects of ageing.

Fish are also important for looking at bone loss and muscle wasting.

Generally our research has dual purposes – we want to reduce the risk of future explorations beyond Earth's orbit, but we also want to have an impact here on Earth because a lot of those processes are also happening as we age.