Give peace a chance: DPI and Turkey 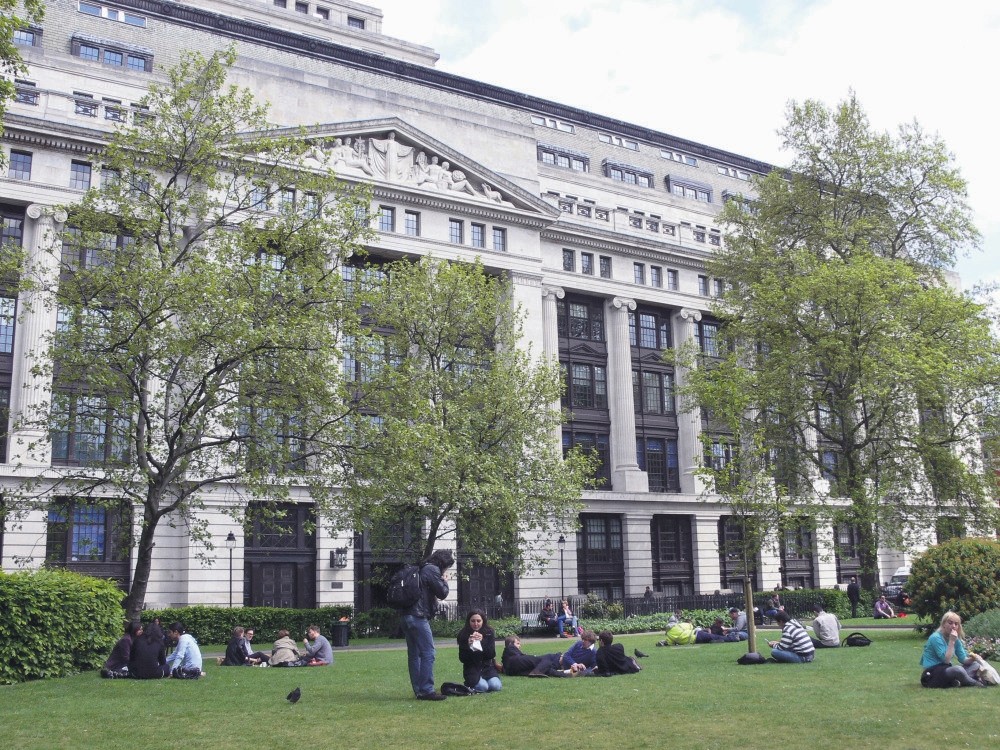 A view from Bloomsbury, London, where the Democratic Progress Institute's office is located.
by Jane Louise Kandur Dec 02, 2017 12:00 am

The Democratic Progress Institute (DPI), established nearly 25 years ago, operates out of a modest office in central London, and the main activity of the institute is to study countries that have managed to resolve conflicts between different ethnicities, communities and interests, and to help transfer this knowledge and experience to other nations and involved parties

Last week, I was privileged enough to attend a meeting at the Democratic Progress Institute in London. The Democratic Progress Institute (DPI) is an independent nongovernmental organization that focuses on conflict resolution and democratic progress. The DPI works together with experts in the field. As well as working with such experts, the DPI also garners opinions of people from relevant countries, thus keeping its fingers on the pulse.

Invited to the meeting as someone who has some knowledge on Turkey and the situation in the country, I went with an enquiring mind and a shroud of cynicism. I have been to many study groups, round tables and consultation events that have panned out to be, if nothing worse, ineffective.

But it was impossible not to be struck by the dedication and resolution of the DPI. Nestled in a modest office in Bloomsbury, the depth and experience of the DPI stretches far beyond its humble settings. A quick glance at the Council of Experts demonstrates the depth of experience that stands behind DPI. To quote the DPI, their Council of Experts is "composed of preeminent international specialists spanning from policy experts to academics and human rights practitioners." The experts who consult with the DPI include distinguished people such as the former taoiseach (prime minister) of Ireland, many respected lawyers, politicians, academics and journalists with experiences in countries like Turkey, Ireland, Sri Lanka and South Africa. These experts have backgrounds in human rights, conflict resolution, the arts, politics, the law and the list goes on.

The DPI focuses on countries where there is conflict; through their expertise and experience they aim to assist in conflict resolution by striving to create "new platforms for discussion on establishing a structured public dialogue on peace and democracy building." The DPI also arranges for different parties to benefit from comparative studies, as well as to "analyze and compare various mechanisms used to achieve positive results in similar cases." By bringing together academics, actors from civil society and politicians, a platform where knowledge, best practices and challenges or barriers to resolution can be discussed. The dedication of the DPI to trying to encourage democratic progress is born of their desire to "[p]romote and protect human rights regardless of race, colour, sex, language, religion, political persuasion or other belief or opinion," as the DPI website says

But the work of the DPI and its efforts to achieve all its very beneficial aims are not merely contained behind the door off Russel Square. By arranging study trips for groups from diverse backgrounds the DPI takes an active, hands-on approach to creating dialogue and doing the groundwork necessary to resolve conflict.

It is a truism that if there is conflict in a country, democracy will be adversely affected. Be it based on race, religion, ethnicity or any other identifier, conflict becomes the main focus of society, impeding growth, stability and democratic representation.

Reconciliation of different parties leads to greater inclusion, thus allowing for democratic progress. To quote the DPI again: "DPI aims to foster an environment in which different parties share information, ideas, knowledge and concerns connected to the development of democratic solutions and outcomes." By working towards supporting a "pluralistic political arena capable of generating consensus." The DPI focuses on how to resolve the differences that lead to political and social conflict.

The progress made by the Justice and Development Party (AK Party) government during the reconciliation process was clearly remarkable. This is best evidenced by the democratization packet announced in 2014, which opened the way to greater representation, inclusion and democracy throughout the country. Unfortunately, the efforts of the Gülenist Terror Group (FETÖ) to undermine public support for the reconciliation process and the PKK's unilateral destruction of the peace that had been established destroyed all the good work that had been done by a number of parties.

Every country experiences conflict of interests to some degree. But when this conflict of interest escalates to violence, when terrorism is used to attain the aims of certain sectors of society, it is democracy that suffers. It is to this end that the DPI works to "create new and widen existing platforms for discussions on peace and democracy building." They do this by helping to create an inclusive environment in which different parties can come together to have "inclusive, frank, structured discussions" and "share knowledge, concerns and suggestions for democracy building."

Conflict in any particular country can occur in a number of key areas, including but not limited to issues of gender, language, ethnic identity, rights and governance. The DPI works toward getting players at all levels involved in working on reducing conflict. In the example of Turkey, the DPI has met with the president as well as with members of Parliament and diplomats. But the DPI also focuses on mid-level players. Such individuals - journalists, academics, artists and others - have more contact with those who actually experience the conflicts as a part of their normal lives, as well as having contact with policy makers. Journalists are also important contacts, as they are able to report and inform their readers of what needs to be done to resolve conflicts.

A conflict in one country is never exactly the same as a conflict in another. Whereas a country like Turkey can learn a great deal from the Irish experience, the Troubles differ greatly from the Turkish experience. But this does not mean that the Turkish representatives cannot learn a great deal from Irish representatives. People from countries where conflict resolution has succeeded can share best practices, while also allowing others to examine where mistakes were made and how best to avoid such pitfalls.

By arranging study tours to different countries where conflict resolution has been effective, countries like Ireland and South Africa, the DPI works to create an environment in which representatives of different interests can come together and communicate with one another. By bringing the social aspect to the fore, an opportunity to establish empathy is created.

In the last year, the DPI held a number of roundtables and study visits that included representatives from Turkey. These representatives included people with different political views, allowing for people who would normally never come together to meet and talk on a level playing field. The DPI strives to be open and unbiased, taking all opinions that exist in Turkey as valid. Indeed, if there is any chance of resolution this is the only approach that can be taken. It is for this reason that the DPI strives to listen to all sides, and include all sides in the study groups. The week after the meeting I attended, which was directed towards AK Party and the president's office, a group from the Republican Peoples Party (CHP) will be meeting with the DPI.

Without question, there are a number of different groups with different demands in Turkey. All parties have equally valid views, and all need to be heard. At the same time, these groups need to listen and empathize with the other groups. There is no interest group that desires something they perceive to be damaging for themselves or the country - all groups only demand what they see as being the best for the country and the people. The fact that the DPI offers these groups an opportunity to come together, to discuss their differences in a less charged atmosphere is of the utmost importance. It is only in this way that a compromise that could be satisfactory to all parties can be reached.

Whenever there is a study group that includes different views from Turkey there are many opportunities for the different parties to agree. Whether it is a question of enjoying a good dinner, admiring a work of art, or just talking about something as simple as the weather, the experience of leaving politics behind and empathizing with a person that one would normally not have contact with is in fact part of a healing process that is much needed today.

Turkey is still reeling from the failed coup. To be under threat from three terrorist groups is not something that has been experienced elsewhere in the world. The terrorist attacks in 2015 destroyed the reconciliation process. The failed coup made any attempt to re-examine the process impossible. Only if the situation in Turkey continues to stabilize and is able return to something close to the pre-2015 situation can there be an opportunity for serious efforts towards resolving the conflicts that had been inherited from an earlier time. The DPI is dedicated to working with Turkey in trying to resolve the many areas of conflict that this country is beset with. After the past few years, every person in Turkey, no matter their political affiliation, is weary. The hope and promise that some sort of resolution is possible would offer much needed respite, breathing new life into society.