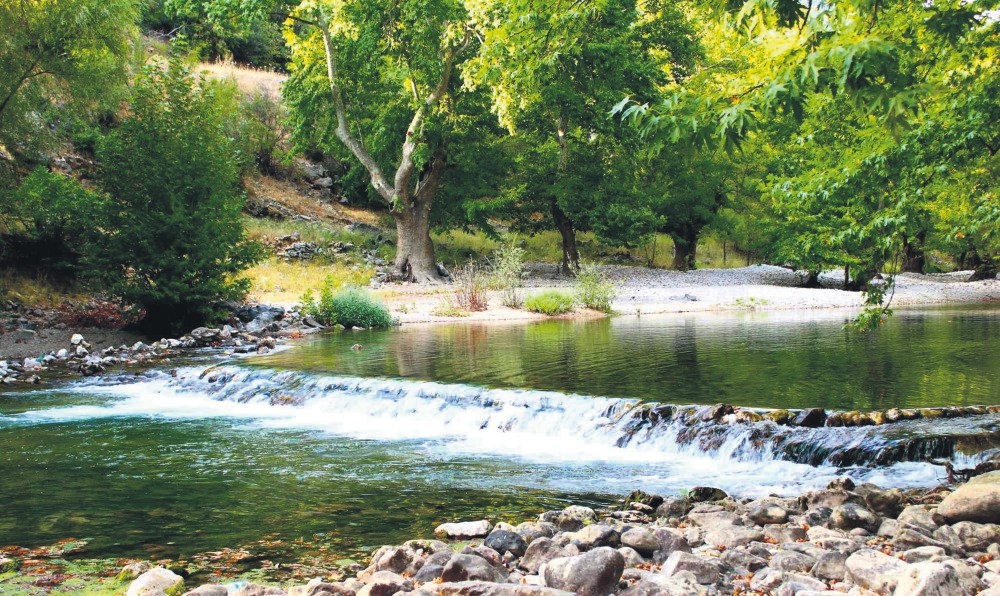 Located at the foothills of Taurus Mountains, Ormana offers activities such as trekking, hiking and outdoor yoga.
by Daily Sabah with IHA Dec 02, 2017 12:00 am

With a history going back centuries, Ormana is a must see place with beautifulnature, different outdoor activities and one-of-a-kind architecture

Located in Antalya's İbradı district, the village of Ormana is hot in nature tourism thanks to recent investments. Promoted with its button houses, Ormana offers activities such as hiking, nature walks and outdoor yoga.

No matter if it is a sea, beach and five-star hotel combination that comes to mind first with Antalya, Ormana has become a very popular spot recently. Located in the foothills of the Taurus Mountains, the village is 3 kilometers away from the Antalya city center. Especially the button houses, which were built by locals in the Ottoman era, became the most attractive spots in the region after restoration. The founders of Ormana Active, Aydın Özgüven and his son Tolga Özgüven developed a tourism organization by restoring the old houses they bought to promote Ormana and to provide employment opportunities for locals. With the alternative tourism facility they initiated in 2013, the father and son reached up to 30,000 daily visitors. 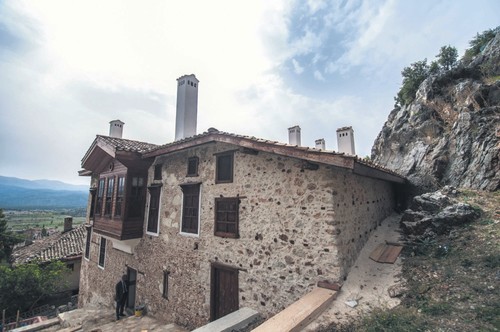 Famous for Ottoman-era "Button Houses," Ormana is home to a number of buildings as old as 300 years.

Explaining the features of button houses, Tolga Özgüven said that the houses were built without using any mortar. Button houses were built with the walls bound by putting cedar between stones. The curves caused by the curve of the wood in some spots have a natural look. Özgüven said that the houses can be used for 250 to 300 years. The distinctive feature of the houses, which were built on bonding timbers, is that timbers form a wooden frame, which recurs at specific intervals. The stones are held in place by the timber and the timbers are held in place by vertical pieces of cedar.

Of the more than 300 button houses all around Ormana, Özgüven said: "The oldest one is 300 years old, but it is quite basic in terms of distinctive features. The most important feature of button houses is that their walls are free of masonry mortar. The thickness of the walls is 1 meter and 20 centimeters. Both sides of the walls consist of bigger stones while there are small ones in the middle. As they are breathing structures, there is no humidity in these houses, which are healthy to live in."

Neighbor to ancient city of Erymna

Noting that the village is just next to the ancient city of Erymna, which was founded in the Helenic era, Özgüven said, " In ancient Greece, locals who escaped from pirates founded settlements in the highlands to be able to live in safer areas. There are the ancient cities of Etenna, Kotenna and Erymna around Ormana. The centers of Erymna and Ormana are very close to each other. Erymna collapsed. There are its ruins all around. Hence, you can come across ancient stones in some button houses."

Home to the story of folk song, 'Cemalim'

Özgüven said that the famous folk song "Cemalım" originated in Ormana, and added: "The lord of Karatay Mansion, Lord Karatay was busy with commerce. While he was on his way to Manavgat in Antalya on horseback, he was ambushed and shot by bandits. Lord Karatay fell off and his horse and broke into a gallop to his village. It knocked on the door to inform his family. However, it was too late for him. The famous requiem was written in the aftermath of his death. Then, most of the villagers migrated. Those who settled in Istanbul taught this folk song to a singer at a club and the singer started to sing the folk song every night. Refik Başaran from Ürgüp in Nevşehir released an album, then and our folk song suddenly started to be called as Ürgüp song."

Özgüven explained that Ormana experienced three big fires throughout its history. "There are so many wooden structure in the village. In the three big fires before, nearly all the village was burnt out. When there was no electricity before, villagers used oil lamps and even fire wood for light. When they entered haylofts with wooden torches, fire broke out and it jumped to other houses. In the aftermath of the three big fires, villagers decided to build an observation tower on Karadağ Mountain. It was built in the late 1960s. Two families lived in the tower in every 15 days and informed villagers in case of any incidence by running down the hill in 20 minutes. The way back to the tower, on the other hand, took 45 minutes. Today, it takes four-and-a-half hours to climb to the tower and the route is used for hiking."