Tale of a master who believes no clock is irreparable 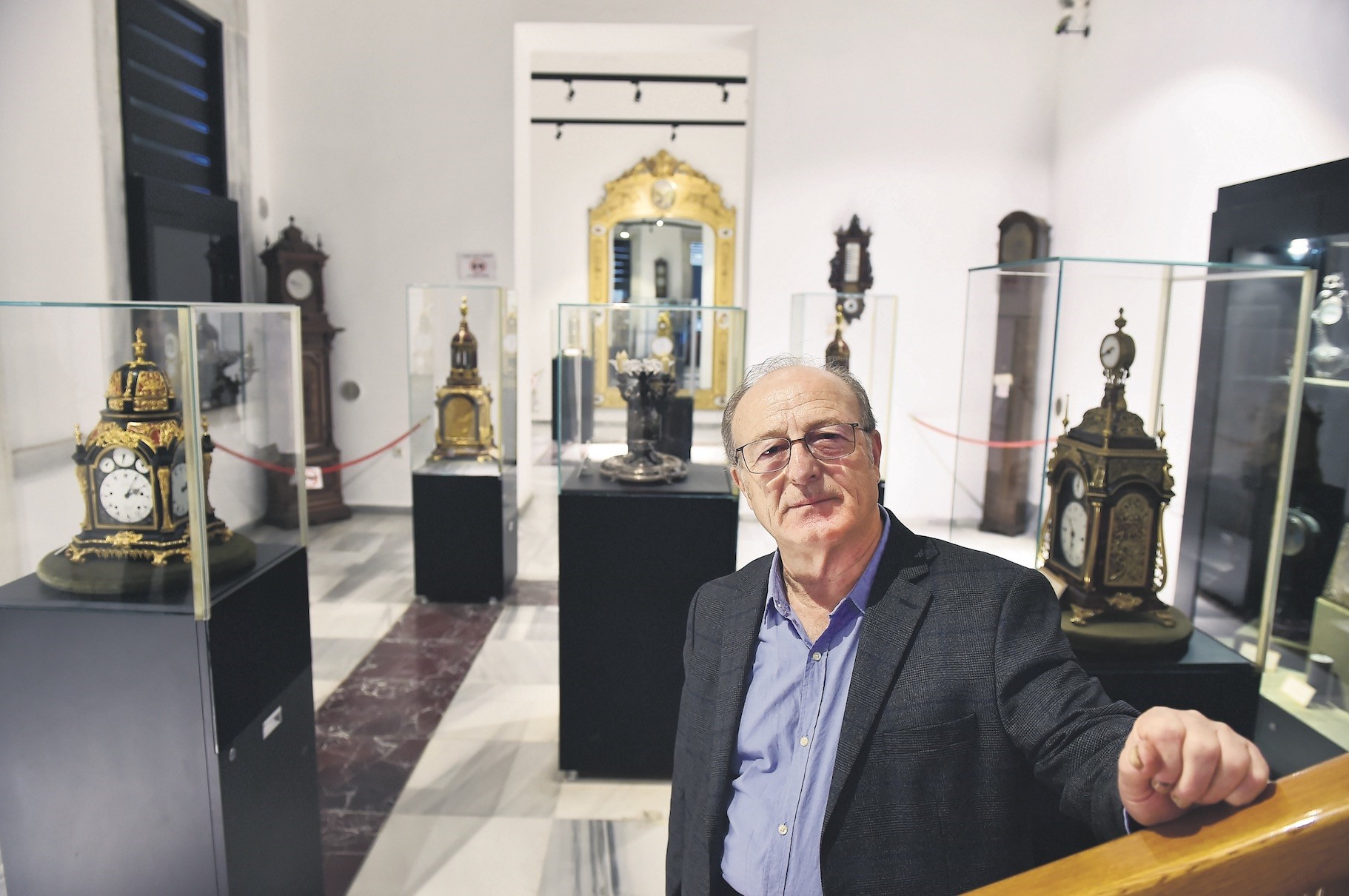 Recep Gu00fcrgen, who was trained by the clock master of Ottoman Sultan Abdu00fclhamidu2019s court, poses in the gallery where he displays antique clocks.
by Damla Kayayerli Dec 04, 2017 12:00 am

He is a clockmaker serving palaces and one of the most prominent figures in clock repair in Turkey. Doyen of the clocks, Recep Gürgen has repaired 40,000 clocks. He has deep knowledge about all the clocks in the world. His business card reads: "There is no irreparable clock." Gürgen's first relation with the mechanical time bearers dates back to the 1960s. He was 14 years old when he initially started work at his uncle uncle's show, a clockmaker in Sirkeci. His uncle did not give him permission to touch the clocks at the shop for two years. "First learn about the clocks, then you will start to repair them," he said. Hence, it took two years for Gürgen to learn about the details of clock repair.

He later bought the clock shop of the famous clock maker, Mayer, in Karaköy in no time. The importance of the shop among other clock shops dates back many years. Gürgen told us about the history of the shop: "The grandfather of Wolfang Mayer was Ottoman Sultan Abdülhamid's clockmaker. At his atelier, where 30 repairmen worked, all kinds of clocks used to be repaired and produced. On the day I applied to the shop, Mayer wanted to look at my hands and checked if they were trembling. Then, he said, 'Write your address!' After a while I received a letter. They wanted to try me for a month." On his first day at the atelier, Mayer saw that there was no need to a trial process. On his third day at Mayer's shop, Gürgen was accepted for the job.

He actively worked at Mayer's atelier until 1975. Gürgen repaired the clocks of prominent figures in Turkey, from the presidents to the grandchildren of Ottoman sultans. Now, he serves at his own atelier in Karaköy, which he opened with the support of Mayer.

The story of his being a palace clock repairman also started under the guidance of his master, Mayer. The same year, he started to serve for Topkapı Palace. "I first entered the palaces by carrying my master's bags. We repaired the clocks together with him," he said. He went on working as a clockmaker after the death of his master. In addition to repairing the clocks of Topkapı Palace, he was also tasked to repair those in Dolmabahçe Palace. He even opened a museum featuring 63 clocks in Dolmabahçe Palace together with his apprentice, Şule Gürbüz. Still, he visits Topkapı and Dolmabahçe palaces on specific days of the week and works at the ateliers there. 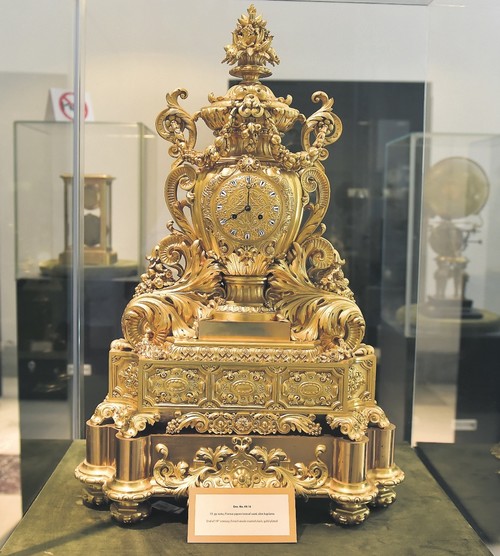 Gold plated clock, made in France in the late 19th century.

Gürgen also transferred the details of the craft of clock making and repair to his apprentices. He feels proud of educating so many artisans in his profession.

When he starts to work at his atelier, he repairs mechanical clocks meticulously, as if he is conducting a surgical operation. From grand clocks to pocket watches, wrist watches to tower clocks; he has seen all kinds of clocks and watches. Gürgen repaired most of the tower clocks in Turkey. He insistently notes that there is a considerable difference between tower clocks and the little ones. "Tower clocks need consistent care," he says. His mood changes while he is working at his atelier and he does not realize how time passes. "When I first looked at the clock waiting to be repaired at the table, I felt sorry for it. Then I started to revive it step by step. I concentrate on the clock waiting to be repaired alone," he said. He also listens to Classical Turkish Music while working.

Every clock can be repaired

"My business card reads: 'There is no irreparable clock.' There are some clock masters who say, 'This clock is irreparable,' instead of saying 'I cannot repair this clock.' This statement on my card is written in response to those masters," Gürgen said.

He then went on to talk about the features of a good clock: "A good clock accepts all kinds of intervention, while all your efforts go down the drain for a low quality one. Clock repair satisfies the master. If you look at the clock just as an ordinary clock or as the property of a stranger, you cannot enjoy the work. Rather than thinking about the owner of the clocks, I take them as just precious pieces and repair them with care. The most satisfying work for a clock master is completing the repair of a clock, repair of which needs the greatest effort."

The grand master concluded his words noting that today, hand-made mechanical wrist and pocket watches are sold for between $500,000 and $1 million.