US v. Atilla: What are the contradictions in the case? 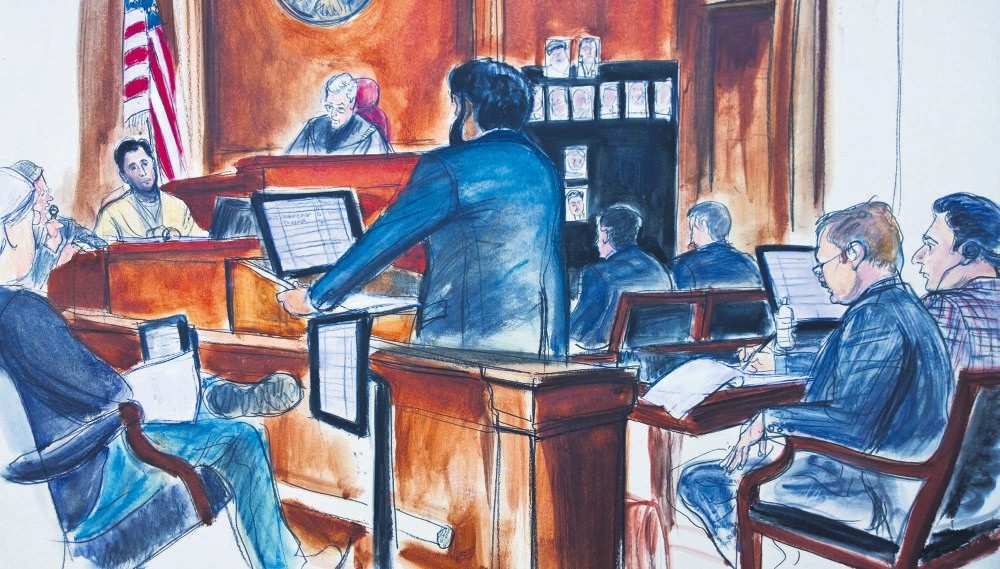 The Atilla case, which is one of the most followed cases currently in the U.S. has its roots to the attempted judiciary coups against the elected government by the Gülenist Terror Group (FETÖ) in December 2013

On Dec. 17 and Dec. 25, 2013, Turkey experienced attempted judiciary coups against the elected government by the Gülenist Terror Group (FETÖ), which had covertly infiltrated all institutions of the state, particularly the bureaucracy, judiciary, security and military. In this case, 12 complaints from unknown sources were sent to the prosecutor on the night of Dec. 17, 2013, who subsequently initiated the process to take many influential politicians into custody, including bureaucrats, politicians and businessmen. It was neither the first nor the last FETÖ intervention operation in Turkey, with the most recent being the July 15 coup attempt in which 249 innocent lives were lost.

One of the cases of Dec. 17 and Dec. 25 resurfaced recently, with the arrest of Reza Zarrab, who was reportedly linked to one of the files from December 2013. There are clear contradictions in the case regarding the actors, evidence and accusations, which need to be addressed.

The FBI took Zarrab, a Turkish businessman of Iranian origin, into custody in a Florida airport in March 2016. The accusation against him was violation of U.S. sanctions on Iran. Following his arrest, an indictment was issued on March 21, 2016. According to the indictment, Zarrab had violated U.S. national security by breaching the sanctions, in what was perceived as "economic jihad" for Iran by the U.S. prosecutor. No one knows what happened during his days in jail, until he was revealed to be a state's witness in the Mehmet Hakan Atilla case.

Zarrab started to meet with prosecutors to collaborate for the case starting from August 2016. On Dec. 2, 2017, the U.S. government produced five audio recordings of phone calls of Zarrab during his time in prison and potential collaboration with the prosecutor, including two-page summaries of these calls. In one of

these calls dated Sept. 15, 2016, Zarrab discussed with someone named Ahad about lying "in order to get out or to get a reduced sentence" and explicitly says that "in America, in order to make it out of prison you need to admit to something you haven't committed."

It was also reported that Zarrab had bribed a guard, paying $45,000 to be able to communicate with his daughter and lawyer and to get alcohol, cold medicine and synthetic marijuana. This shows his status as a witness should be questioned.

Besides Zarrab, other actors are also causing controversy and a lack of trust has developed, affecting the potential result of the trial. For instance, Judge Richard Berman came to Turkey to attend a symposium of justice and state law. During the symposium,

according to BBC Turkish, Berman was reported to have said "as we see here, it is no secret that the state of law is under threat in Turkey due to one man's rule."

Also, one of the experts brought into the case, Mark Dubowitz, who is the CEO of the Foundation for Defense of Democracies (FDD), explained the details of the violations of U.S. sanctions on Iran to the jury. Dubowitz made his perspective clear when Turkey experienced the bloody coup night orchestrated by FETÖ. He tweeted: "Sadly, after today, Erdogan's public support may be higher & he may be better positioned to further erode Turkish democracy," clearly identifying his position against the elected government on the day of the coup attempt that lead to the death of 249 people and thousands injured while preserving Turkish democracy.

Former Prosecutor Preet Bharara, who prepared the indictments, was one of the most controversial figures, not only in this case, but in Turkey and the U.S. When Donald Trump became president, he fired him within three months in office. Meanwhile, he acts like a political actor in Turkey and has accused Turkish politicians of wrongdoing. His tweets mainly refer to FETÖ accounts in order to damage perceptions of Turkey. Current prosecutor Joon H. Kim was the deputy prosecutor under Bharara. These realities also bring into question the legitimacy of the case.

In addition to suspicions placed on the actors, the so-called evidence used in the investigation are records of phone calls that were obtained illegally, with most of them being modified or fabricated by FETÖ during the Dec. 17-25 process. These so-called pieces of evidence contradict the exclusionary rule of the U.S. legal system. Even on the basis of this fabricated case, Atilla was not part of the process. Additionally, Zarrab has named several people he paid bribes to in Turkey for doing business with Iran. Yet, he has not claimed Atillla was one of them.

On the basis of this fabricated evidence and Zarrab's role as a witness, many irrelevant names have been used in a court such as the current president of Turkey, which shows the politicization of the case. Yet, the name of the case is the U.S. vs. Mehmet Hakan Atilla.

While many companies and banks have been investigated for violations of U.S. sanctions on Iran, no one has been arrested except for in this case. During the investigation of companies and banks, such as BNP, HSBC, ING Bank, Barclays Bank, Bank of Tokyo, and Commerzbank, the Office of Foreign Assets Control (OFAC) of the U.S. reached an agreement with pecuniary punishment being applied to these organizations. While this trial is not terrorism based but economic, the prosecutor still attempts to relate it to political, terrorism-based activities using the term "economic jihad" against the defendant Atilla. Compared with previous similar cases, the prosecutor has taken a different way to portray Atilla.

When most of the names in the higher positions of Halkbank changed, Zarrab tried to work the new names instead of Atilla, who stayed in his position. Zarrab's business in Turkey has no relation with Atilla. Even Atilla asked for some documents from Zarrab, whose business was not appropriate for bank transactions.

The indictments only focus on the U.S. sanctions instead of United Nations sanctions, as none of the acts carried out by Halkbank violate the decision of the U.N. While Zarrab accused several people in Turkey of collaborating with him because of his business with Iran, he accepted that his business was not a crime according to Turkish law during the cross examination of Zarrab. Also, Zarrab said that he never gave any bribe to Atilla and Atilla never asked for one.

During the sanctions period, many French and German companies carried out infrastructure projects in Iran. Naturally, Turkey did trade with its neighbor and their border was demarcated on March 1639 with the Treaty of Zuhab, one of the oldest border treaties in the world. From that period, Turkish-Iranian relations were based on realpolitik, mutual interests and avoiding any conflict for the security of the region.

These facts indicate that this case is being treated as more than any ordinary sanctions violation. Seeing such contradictions in the case, people in Turkey have lost their trust in this trial.