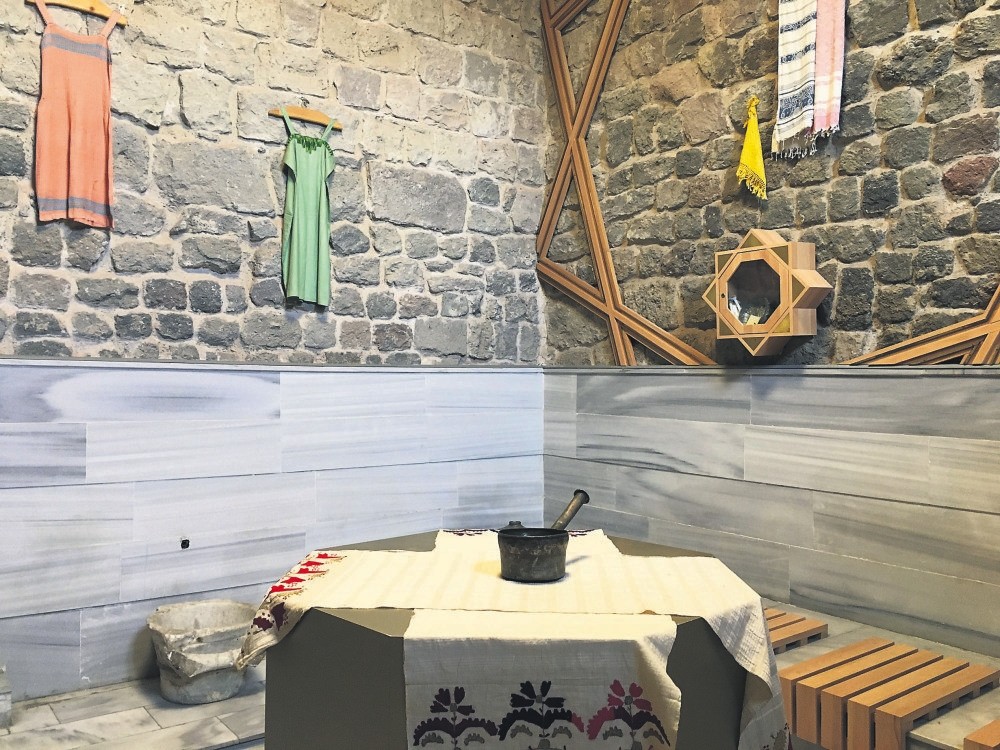 A display from the Gevher Nesibe Medical Complex, which was turned into a museum.
by Daily Sabah with IHA Dec 16, 2017 12:00 am

Located in central Anatolia, in modern-day Kayseri, the Gevher Nesibe Medical Complex offers insight into the medical techniques of the 13th century

Between the majestic walls of a 13th century building lies an interesting institution that in its heyday welcomed sick from all over the region and offered treatment.

The Gevher Nesibe Medical complex was one of the most modern medical facilities of its time and is often considered to be the world's oldest surviving medical institution.

Covering some 2,800 square meters, the complex is composed of a "şifahane" where patients were diagnosed, treated and operated on, "bimarhane", where the sick were treated with music, and a madrasah, the world's first medical school.

The medical complex was built to honor the Seljuk Princess Gevher Nesibe, sister of Seljuk Sultan Kaykhusraw I. As the story goes, she fell in love with a cavalry officer in Konya but her brother opposed to the marriage and sent the young man on various dangerous assignments and campaigns to ensure his death. 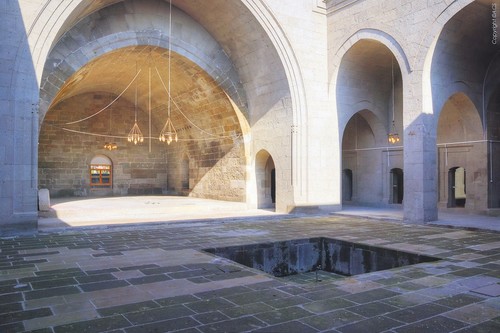 The Gevher Nesibe Medical Complex was built in the name of Seljuk Princess Gevher Nesibe, the sister of the Seljuk Sultan Kaykhusraw I.

Tormented with grief at her lover's death, Gevher Nesibe Sultan fell ill with tuberculosis. A remorseful Kaykhusraw visited her on her deathbed, asked to be forgiven and offered to fulfill any last request she had. The princess reportedly said: "I am very ill. There is no way for me to recover. None of these doctors can cure me. I will eventually pass away. My wish is that you use my property to build a hospital in my honor. In this hospital, sick people should be treated free of charge, and at the same time, it should also do research on fatal diseases."

To fulfill his sister's last wish, Kaykhusraw built the complex where medical practitioners searched a cure for the incurable. The construction began right after Gevher Nesibe's death and concluded in 1210. The Gevher Nesibe Medical Complex was the first of its kind given it is a combination of a hospital and a medical faculty.

"It consists of a hospital, located on the left side of the complex, and a medical faculty on the right. They are both connected to each other with a passage. It can be thought as the first prototype of a dual complex consisting of a university and a hospital," said associate professor Halil Tekiner, head of the Department of Pharmacology History and Ethics at Erciyes University.

"However, we do not have any archive documents providing specific information on the structure," Tekiner said. "Hence, it is impossible to clearly say how many practitioners worked at the hospital or how many people were treated. On the other hand, by looking at the deed of trust for the Sivas Medical Complex, which was built just 11 years after this one, we can get an idea."

"The Sivas Medical Complex, which celebrated its 800th anniversary this year, had a number of physicians, a head physician, medical students, surgeons and an oculist. We think that the Gevher Nesibe Medical Complex also had a similar team."

Reportedly, there was also a psychiatric hospital next to the main hospital where patients were cured using musical therapy and soothing sounds of water. The hospital is mentioned also mentioned in various travel books, including that of Evliya Çelebi.

Next, to the mental hospital, there was a small bath which was possibly used for the cleaning needs of the patients.

Tekiner said the second part of the complex the medical faculty was built in 1213.

"There is also a dome inside of the complex. Call it a dome or tomb, the structure is home to Gevher Nesibe Sultan's grave. Archive documents at the General Directorate of Foundations and the Ottoman Archives of the Prime Ministry show that education activities went on at the complex until the 19th century.

"The Gevher Nesibe Medical Complex is a precious structure in the history of medicine. It is important for the promotion of the structure that it was transformed into a museum [of Seljuk civilization.] But, it would be appropriate if the museum also featured objects that focus more on its history as a medical complex. By doing so, the structure's history can be better preserved and communicated with its visitors. Such arrangements will also boost the number of international researchers of the history of medicine, physicians, and healthcare professionals. It can help develop the region's science tourism sector."