Eye in the sky: A day with Turkish pilots who reign over clouds 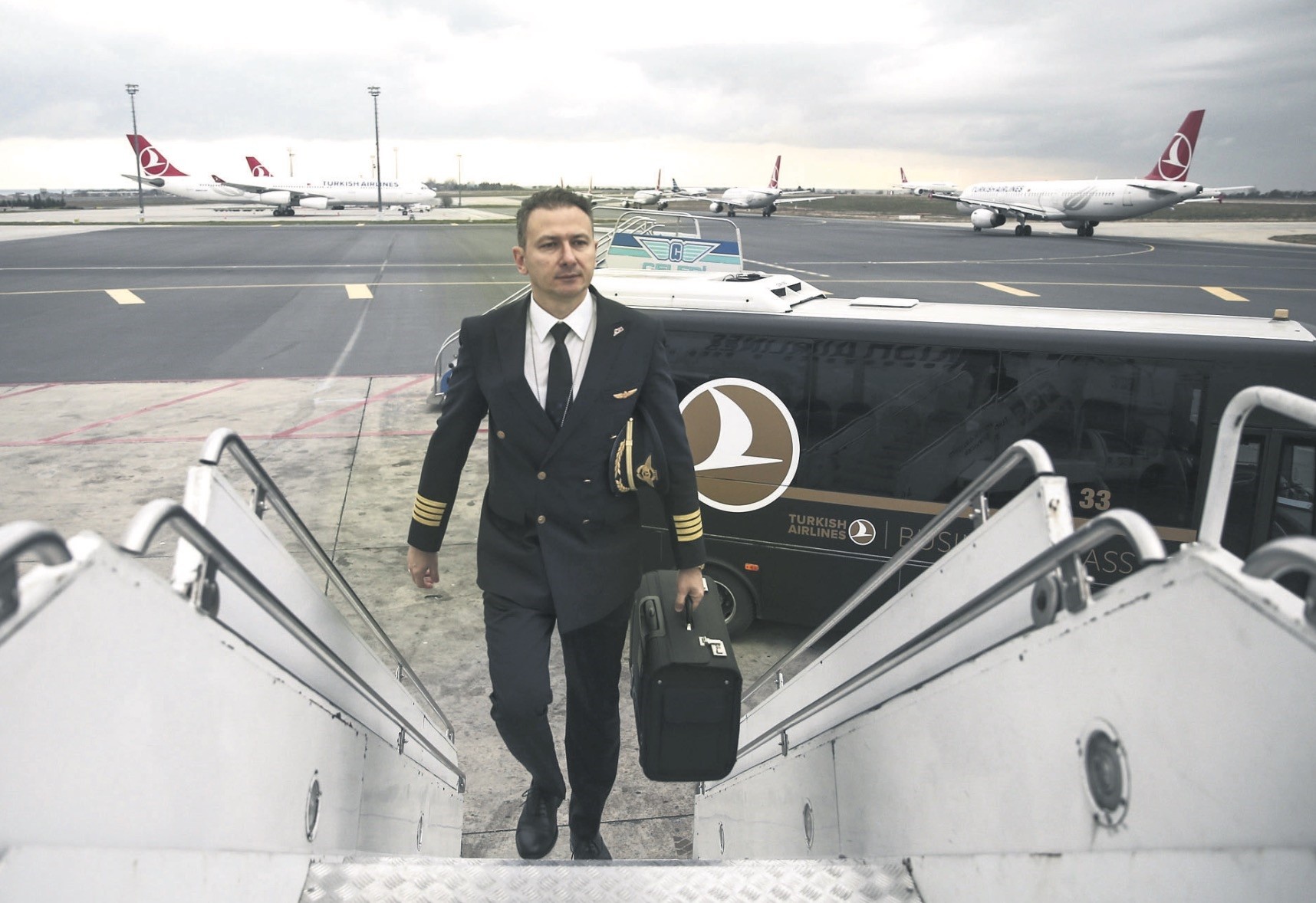 Pilot Sertau00e7 Seymen, who has been a pilot for the last 27 years, arrives at the airport two hours prior to his flight for security checks.
by Daily Sabah Jan 08, 2018 12:00 am

They have to ensure the safety of everyone on board as well as fly a huge metal bird through the clouds and yes, they might have the coolest job in the world, but it's also one of the hardest. Here are the captains of Turkish Airlines

Pilots arrive at the airport two hours prior to departure time and work intensively in order to ensure that passengers travel safely. They meticulously apply the rules in many matters, from the operation of the aircraft's technical equipment to the control of navigation conditions.

Pilots, who prepare themselves physically and mentally for their next flights on days they do not fly, give the cabin crew the necessary instructions about the flight in advance. They prepare their flight plan to the very finest detail, while conveying their experience to ensure a peaceful flight for passengers.

Checking the wings, engine and other parts of the aircraft prior to departure, pilots also inform the relevant persons about technical negativity that may be experienced.

Captain Sertaç Seymen, who has been working for Turkish Airlines (THY) for 27 years, graduated from the Air Force Academy in 1996 and later started his active flight career and served in various fleets.

Noting that he was later recruited by THY, Seymen said piloting have some preparatory processes in terms of mentality and physicality.

He said they arrive at the airport at least two hours before boarding the plane, adding that they control some activities before the flight in the meantime.

"We conduct preliminary work to monitor our airdrome and alternative airdrome, their weather and runway conditions," Seymen said. "After the necessary examinations, we get on the plane to welcome our passengers."

Pointing out that piloting has a very high-risk level and that those who prefer this profession should pay special attention to their personal life, the experienced pilot underlined that it is important to keep the biorhythm and sleep levels at a certain level.

He also referred to the importance of team work in aviation, saying that they first meet up with the cabin crew at the airport and then do what needs to be done to prepare mentally and in other aspects related to the flight with the second pilot.

"Then we come side by side with the cabin crew. We answer some questions such as, 'Do we have any special circumstances related to the flight and are there any constraints that will affect the flight or any obstacles that will require us to act jointly?'" he continued. "We then complete the standard procedures. Then we go into the airplane and start to wait for our departure time."

Seymen also gave details with regards to a captain's role during flight.

"There is a lovely saying that has passed down from our forefathers: In aviation, the rules are written in blood. Therefore, it does not matter whether you are a chief or an officer. Aviation is a body of rules. So, from the moment you step foot in the airplane, as a matter of fact, from the moment you meet the cabin crew and start to form team spirit, the rules start," the captain said, stressing that there won't be any problems as long as relevant rules and procedures are followed.

"I give our directives where it is necessary; I put my hand under the stone where it is needed. This is also the quirk of our profession," he said.

Seymen said he has flown 7,500 hours to date and has actively piloted for 27 years.

Highlighting that young people who want to work in the field of aviation should educate themselves very well, he said, "Today, people from various professional groups can also become pilots."

"Firstly, they must succeed in their own training, then this job has its own procedures," he continued. "It is imperative that they improve themselves as soon as they start their education processes either in private schools or at the THY Academy. I believe from the bottom of my heart that they can be very successful pilots if they fully internalize the trainings given."

Seymen argued that the piloting profession will never wear out despite technological progress and artificial intelligence, stressing that aviation has developed rapidly and that it is a dynamic process.

"Aviation is the pioneer of technology. I think it is improbable for people not to be a part of a profession with such variable processes," he concluded.

* Based on the report of Anadolu Agency.