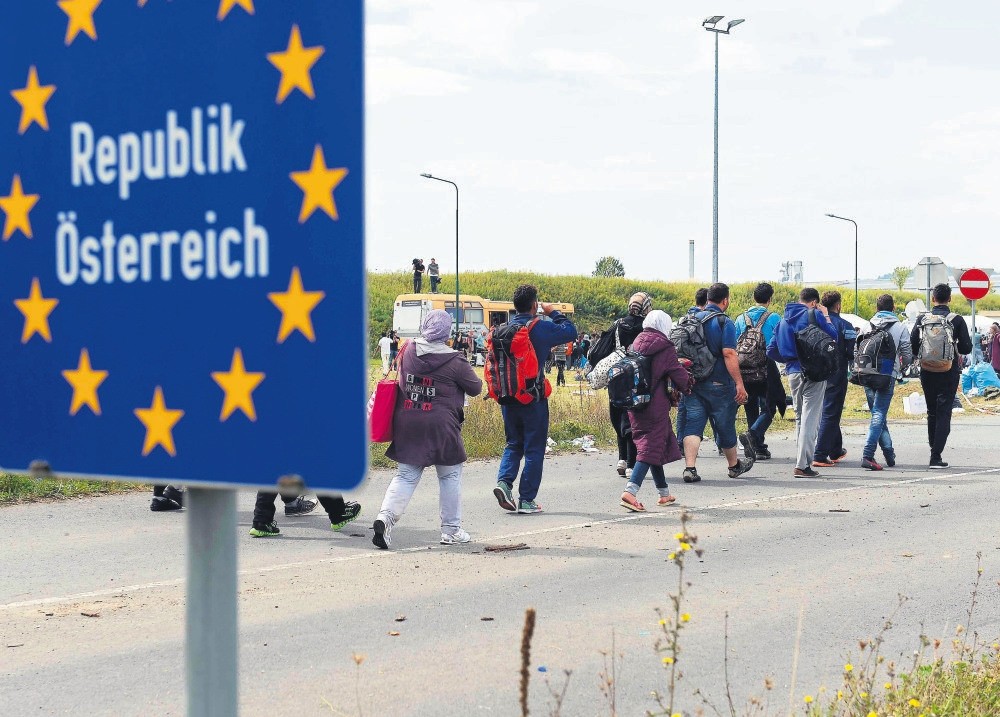 the far-right movement is increasing in the European political sphere, and the EU, which was once critical of it, seems to recognize it as it as the new norm

The coalition between far-right Freedom Party of Austria (FPÖ) and center-right Austrian People's Party (ÖVP) has not received any attention by the EU, yet 17 years ago, the EU openly criticized the FPÖ-ÖVP coalition in Austria. Furthermore, the idea of a coalition with the far-right FPÖ to govern Austria has been normalized by Austrians and Europeans, which comes as a sign of change in the political atmosphere of Europe over the past few years

When the FPÖ received 26.9 percent of votes in 1999, it was necessary to build a coalition government. The results of the 1999 election caused political instability, and after three months, the center-right ÖVP built a coalition with the FPÖ. However, before the declaration of the government by President Thomas Klestil, 14 members of the EU declared their opposition to this coalition as follows:

"The governments of the 14 Member States will not operate or accept any official bilateral contacts at the political level with an Austrian government involving the FPÖ. There will be no support for Austrian candidates seeking positions in international organizations. Austrian ambassadors are only received on a technical level in the EU capitals (declaration of the Portuguese EU presidency)."

The same FPÖ-ÖVP coalition formed in Austria on the Dec. 18, 2017. While the EU conducted a political sanction against the FPÖ-ÖVP coalition government 17 years ago, it has currently not made any reaction to this coalition. During the past 17 years, the FPÖ consolidated its power and has increased its Islamophobic, anti-immigrant and anti-EU discourse. Furthermore, this coalition improves the FPÖ's power over state and government institutions while still holding significant ministries such as the Foreign Ministry, Interior Ministry and Defense Ministry.

The reasons behind the different reactions from the EU to the same political coalition in Austria need to be addressed. Europe has experienced numerous troubles in the past few years, such as economic crises, mass migration, terrorist attacks and a clash of interests between EU member states and the EU itself. During that period, politics has substantially changed, which Hooghe and Marks recognize as a critical time in the political history of Europe. During that critical period, far-right parties have expanded their power and blamed migrants for all negative developments in Europe.

Although the EU has stood against the FPÖ under the claim that is was against European values, European values remain at threat as far-right parties lead the discourse against Muslims.

Conclusively, the reaction of Europeans and EU institutions have changed their trajectory and become more in line with the policies of the far-right movement, thus normalizing popular support for them.

The far right's course in Austria

During the past 17 years, the FPÖ has extended its power in Austrian states to be part of state governments. While the EU and Austrians attempted to restrict the FPÖ's power from the government and people lodged to protest against the FPÖ 17 years ago, there has been no reaction to the current FPÖ-ÖVP coalition or extension of the FPÖ's power. It seems the far-right FPÖ has normalized during the new developments in Europe.The changing reaction of Europeans and EU institutions might be correlated to the characteristics of new leaders in Europe. In the case of Austria, Sebastian Kurz became the leader of ÖVP just five months before the election. Despite his young age and recently becoming the ÖVP leader, he ran the election on the basis of his personal image instead of putting the party at the center of the campaign.

He dropped out of law school and entered political life, and then he first became the integration minister and foreign minister in his mid 20s. During his four years as foreign minister between 2013 and 2017, his popularity increased with his anti-migrant discourse and policies. He was the pioneer of anti-immigrant policies in the EU and was the mastermind of blocking the Balkan route.

Kurz realized that anti-immigrant policies increase his popularity. Therefore, when he became the leader of the ÖVP, he followed the same anti-immigrant discourse and policies that have unfortunately become a safe zone for politicians to consolidate positions and empower their parties in Austrian politics.

The Integration Ministry under Kurz funded a research report on Islamic kindergartens, which caused several discussions. The Falter newspaper claimed that there were a total of 900 amendments in the report and the changes were specifically made in parents' statements that were featured in the report. Kurz insists on closing Islamic kindergartens on the basis of this misleading report. Again, the process of anti-immigrant discourse increased the support for Kurz.

Similarities between the far right and Kurtz's discourse - ideology or philosophy - did not cause any surprise for Austrian society when building a coalition government with the FPÖ. Also, strong critics of the EU and Austrians protesting the coalition FPÖ-ÖVP 17 years ago cannot be comparable to the same coalition of today.

While traditionally their policies are supposed to be different because of their political backgrounds, they have a similar set of anti-immigration policies. Kurz wants to reduce the number of immigrants in Europe to zero. In his first extensive interview after becoming chancellor, Kurz said: "The immigrant quota that the EU has set out is very illogical." Another anti-immigrant statement from Kurz was his idea to gather immigrants in refugee camps somewhere in Europe or on an island separate from the European people. The French Interior Ministry declared a memorandum to deploy mobile groups to calculate the numbers of people who live in emergency shelters and classify their identities. Many European human rights nongovernmental organizations claim that the French government is planning to send these people away from France to replace them with homeless people and put them in emergency shelters instead.In the meantime, the popularity of far-right parties has spread to other EU countries. The Alternative for Germany (AfD) succeeded in joining parliament and became the third-most represented party in the election. This party blocked German politics and a government could not be established. This was because parties do not want to build a coalition government with the AfD. The far-right coalition in Austria normalized far-right politics in the country. Therefore, the normalization of the AfD is another nightmare scenario for German politics.