The ardous story of automobiles in the Ottoman Empire 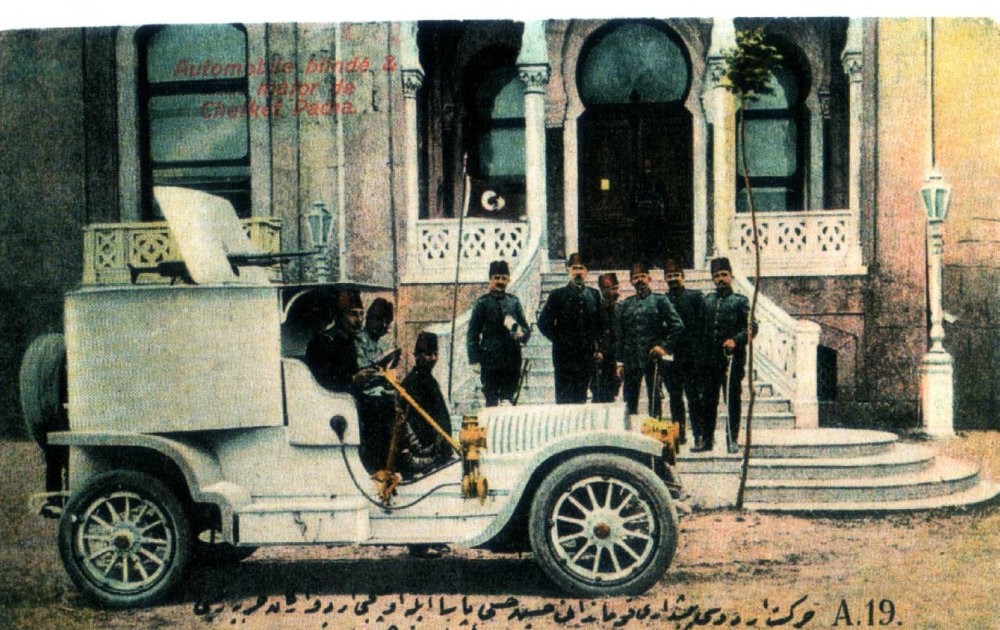 Who first brought automobiles to the Ottoman Empire and when remains a mystery. Takvim-i Vekayi, the official newspaper of the period, featured an article on a steam car for the first time in 1832. The word "zatü'lhareke" car, which is a changed version of its Latin equivalent, was used to refer to automobiles in the beginning. However, "automobile car" and secondly "automobile" were used in the later years.

In 1861, two entrepreneurs named Lamore and Garaçino officially applied to the Ottoman authorities to bring a steam automobile to the empire, but to no result. 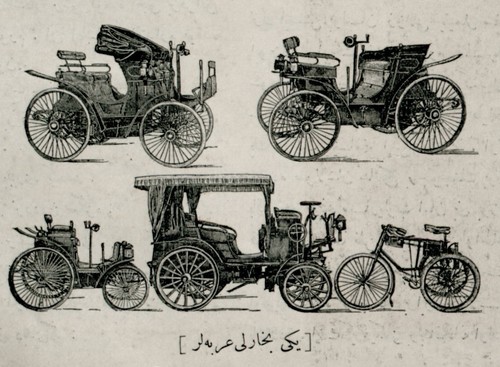 Although steam automobiles could not be brought to the Ottoman capital, electric cars arrived in Istanbul at an early date, as Sultan Abdülhamid II was closely observing developments in Europe.

The first time Abdülhamid II had the idea of bringing an electric car to Istanbul was in 1888. Engineer Magazine reserved a chapter dedicated to this electric car, which was prepared in England, and a photo of its engineers was also featured.

Abdülhamid II's interests in electric cars continued for years. Ottoman ambassador to Paris Yusuf Ziya sent Peugeot catalogs, which is a still the most important automobile maker in France, along with Panhard and Levassor to Yıldız Palace in 1895.

In his report from March 1889, Salih Münir, another Ottoman ambassador to Paris, noted that he had ordered one small and one big electric cars on behalf of the sultan.

The first demand for gasoline-powered automobiles in the Ottoman Empire was made in 1903 for Lesbos, and then the capital city of the empire, Istanbul, followed this Aegean island the same year. A road was planned was between Kartal and Yakacık, however, the Ottoman cabinet refused the whole demand for the operation of gasoline-powered automobiles for Lesbos, Balıkesir-Bandırma and Kartal-Yakacık.

Although it was not officially permitted to operate a gas-powered car in Istanbul, they began to appear in Istanbul starting in 1904. That year, a European man named "Şaa

nfeld" applied for a gas engine-driven car to be brought to Istanbul on behalf of Germany's Gödel Company, which he was a representative of.

There were other applications, as well, and the Ottoman authorities initially hesitated on how to respond to these applications about gas cars because, in the regulations that came into force previously, it was prohibited to bring electric tools into the country, and there was no regulation on laws regarding gas equipment.

Therefore, there was intense correspondence between the different departments before responding to gas car applications, but the applications were not answered definitely. Applicants both increased their pestering to get a response as soon as possible and also began to threaten to go to the court.

The subject was handled extensively by the Ottoman administration after the French Embassy intervened, and it was decided that these cars should be returned since Istanbul's roads were not suitable for the use of such gas-powered cars. With this decision, gas-powered automobiles were also banned from entering Istanbul.

In the Ottoman capital, the use of both electric and gas cars were prohibited except for cars brought for Abdülhamid II. However, Bisko, a Romanian prince, was allowed to bring his car to Istanbul in 1905 when he asked for permission to go from Istanbul to Europe with his automobile.

Robert Jefferson entered Ottoman territory through Sofia after crossing through Serbia and Bulgaria. In order to avoid any Ottoman obstacles, the British Embassy submitted an official application. After the required permission was given, letters were sent to Edirne province, the Çatalca governor, the Gendarmerie Ministry and the municipality to prevent any intervention to Jefferson.

Administrators were also ordered to be cautious about Jefferson, to closely follow him and to report immediately in case of any abnormal situation.

Jefferson passed through Çatalca on Nov. 4, 1905, but he did not stop there. He was so fast that it was not possible to stop him. Then the Çatalca governor informed the Interior Ministry in the following letter from Nov. 5, 1905, "Two foreigners set off for Istanbul by car from Büyükçekmece at 10 a.m. yesterday, but it was not possible to stop them to ask their identities as they were very fast."

Jefferson checked into the Pera Palas Hotel in Beyoğlu after entering Istanbul from Büyükçekmece.

Articles on automobiles in the Ottoman press

In 1906, the Ottoman press began to feature news about the automobiles that had gradually started to enter daily life. For example, Monsieur Galide's world travel with his automobile was written about in "Travel with Automobiles" in the Sabah daily on Jan. 6, 1906.

In this sense, the articles "Burglary by Automobile " on Oct. 12, 1906, "Automobile Accident" on Nov. 25, 1906, "Journey to Poles with Automobile" on Nov. 29, 1906, and "Automobile Race" on Dec. 3, 1906, increased interest in automobiles in Ottoman society, as they reported the developments in Europe and the U.S., and this interest was assured with the automobiles that started to be seen on the streets of Istanbul in the same years.

Ottoman newspapers began to include interesting articles on automobiles, as well. An article titled "Girl Abduction by Automobile," published on Feb.13, 1906, said, "Abducting girls by automobiles has become fashionable in Europe these days. Many girls have now eloped with their lovers in France, getting into automobiles."