Seeds of hope for working women in rural Senegal 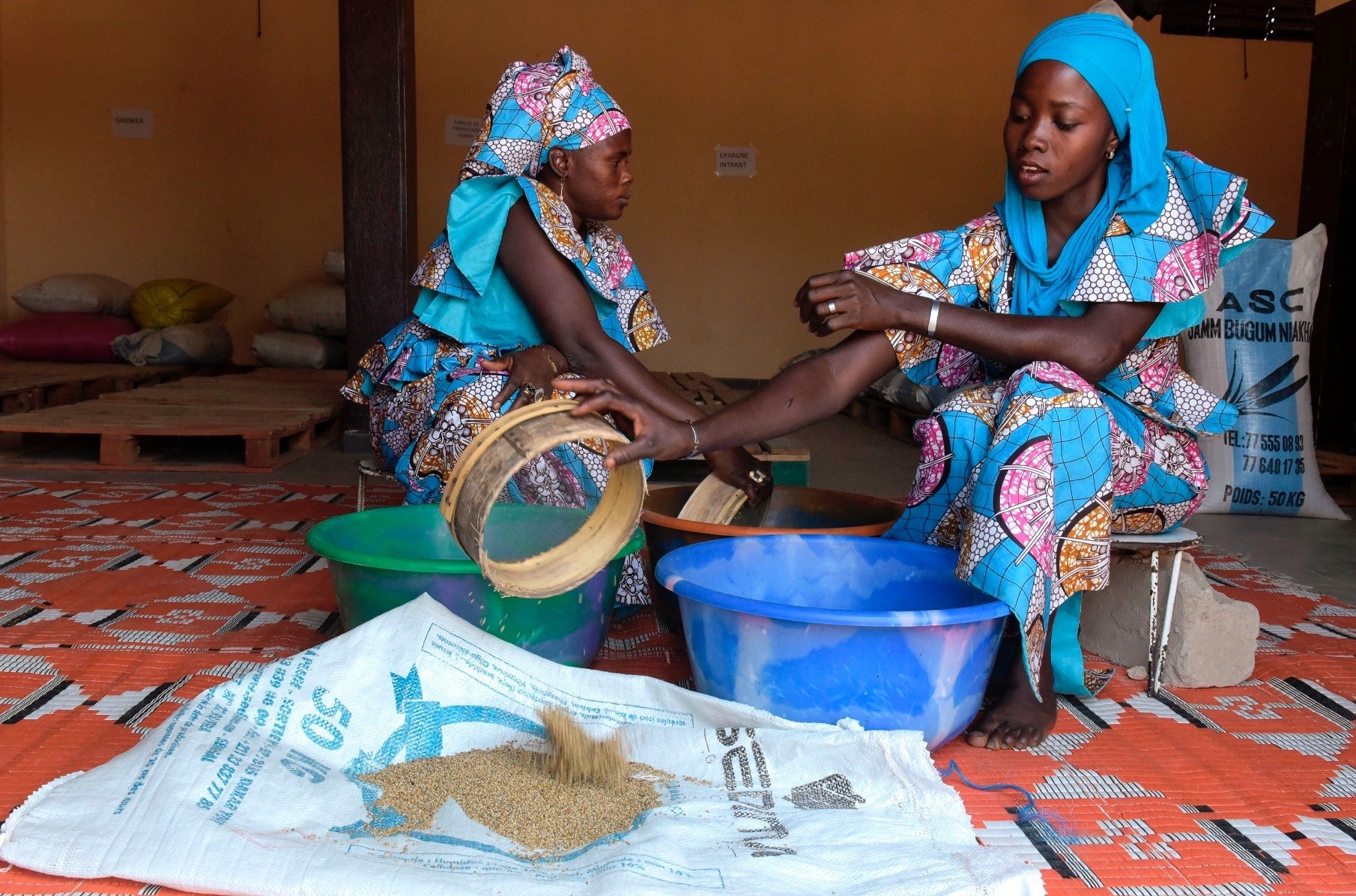 U.N. agencies like the IFAD and the Food and Agriculture Organization manage projects to help empower rural women, who account for at least 43 percent of agricultural laborers worldwide.
by Jan 13, 2018 12:00 am

In a patriarchal society, more Senegalese women are joining the workforce, to feed their children and improve their social status and living conditions

In Nganda, a rural community in remote Senegal close to the Gambian border, restaurant owner Aissatou Tisse is carving out a reputation for tasty homemade, locally grown food.

About 100 kilometers away in the village of Niakhar, handicapped Daba Dione feeds her family by raising chickens on a modest smallholding. Thanks to a training course in veterinary health, she is routinely consulted by neighbors about their own poultry.

"Today, I've even forgotten the difficulties of the past," Dione told Agence France-Presse (AFP).

The two have benefited from schemes that seek both to support women's empowerment and fight poverty in rural Africa, where male dominance, backbreaking labor and misery go hand in hand.

"We have an enormous need of women ... We're up against the aging of those who hold land and the phenomenon of migration among men," said Khadija Doucoure, a specialist handling gender and youth issues in West Africa for the International Fund for Agricultural Development (IFAD).

"It should be normal for [women] to have access, like men do, to financial resources, fertilizers and to be present in decision-making bodies for product marketing," Doucoure said.

U.N. agencies like the IFAD and the Food and Agriculture Organization (FAO), both based in Rome, manage projects to help empower rural women, who account for at least 43 percent of agricultural laborers worldwide, according to an FAO report.

Such women bear the responsibility of childcare and household tasks as well as working the fields, yet enjoy only "limited access to land, credit, information and technologies," the IFAD noted in a recent report.

In West and Central Africa, the IFAD runs 55 projects that feature gender equality as a goal.

Between 2010 and 2015, its projects "reached a total of 139 million people, of whom 43.2 million saw an increase in farm income," while others built up larger cattle herds or poultry stocks, the agency said.

The support "lifted 24 million people out of poverty," added the document, which pointed out that helping women is "an efficient means of reducing chronic infantile malnutrition. Women are more inclined than men to spend their revenue on food and education."

Nevertheless, independent analyst Jean-Christophe Debar warned of broader risks if institutional donors like the FAO and the World Bank concentrate unduly on women because of perceived hardships. "I'm worried about trendy effects. What we need most is a rural economy that works for everyone."

"We should not give the impression that it's enough to focus on women for everything to go well," said Debar, head of the think tank foundation FARM.

"The two main problems in Africa are access to the means of production [land, seeds and fertilizer] and access to a market with the possibility of selling the harvest at a rewarding price."

In Nganda, where some families cannot afford all the food they need, the IFAD has financed farm support programs jointly with the Senegalese state since 2012. Villagers are given seeds adapted to survive in drought conditions and also get basic agronomic training in soil management.

Tisse works only with local produce, she told AFP in her small Nganda restaurant where she provided a glass of ruby red bissap, a popular drink made from dried hibiscus leaves.

"We've been able to buy our sheep and horses, and we have launched into the production of [groundnut] oil," said the young woman, who was forced to leave school early after her parents died.

Until recently, jobless men in the district would head off to the capital and never come back, Tisse said. "Women went too, to be domestic employees. Dakar is a risk for us."

"This is a dry area where the soil has not been worked for several generations since the majority of young people leave for Dakar or further afield," said Mame Birame Sene, the head of Nganda's cultural and sporting association, which has turned into an agricultural cooperative.

Until the funding scheme began, "we had problems meeting our needs, but now we're cultivating 200 hectares [almost 500 acres], and we run our own business," Tisse said.

She has deliberately hired a team exclusively made up of women. "With men around, we would not have been able to engage in food processing nor the restaurant business," she said. "And I pay everybody!"

But she takes her greatest pride from being chosen as "godmother" to the local football club. Such a position for a woman was hitherto unimaginable in the dusty backwater.

Tisse bubbles with more plans, including a shop for local produce and a restaurant in Dakar on the same select basis as her business in the village. "We've already spotted the place. We just need to settle the deal."

In Nganda, increased crop production has enabled women to make the most of a bumper harvest by preparing bags of sankhal, processed crushed millet, for desserts, typically with milk, and arraw, rolled flour pellets, for porridge.

By pooling their earnings, the women have set up a bank and lend themselves money for their individual projects at a fixed interest rate of 10 percent.

Tenning Ngom, 27, has been a beneficiary. "My work for the collective is to sieve millet after the harvest. I work from November to February."

For the rest of the year, Ngom runs a roadside catering concern started when the women's group lent her money. "My first loan dates from 2015," she said. "I've paid it all back."