Eyeing victory: How Ottoman soldiers set out on campaign 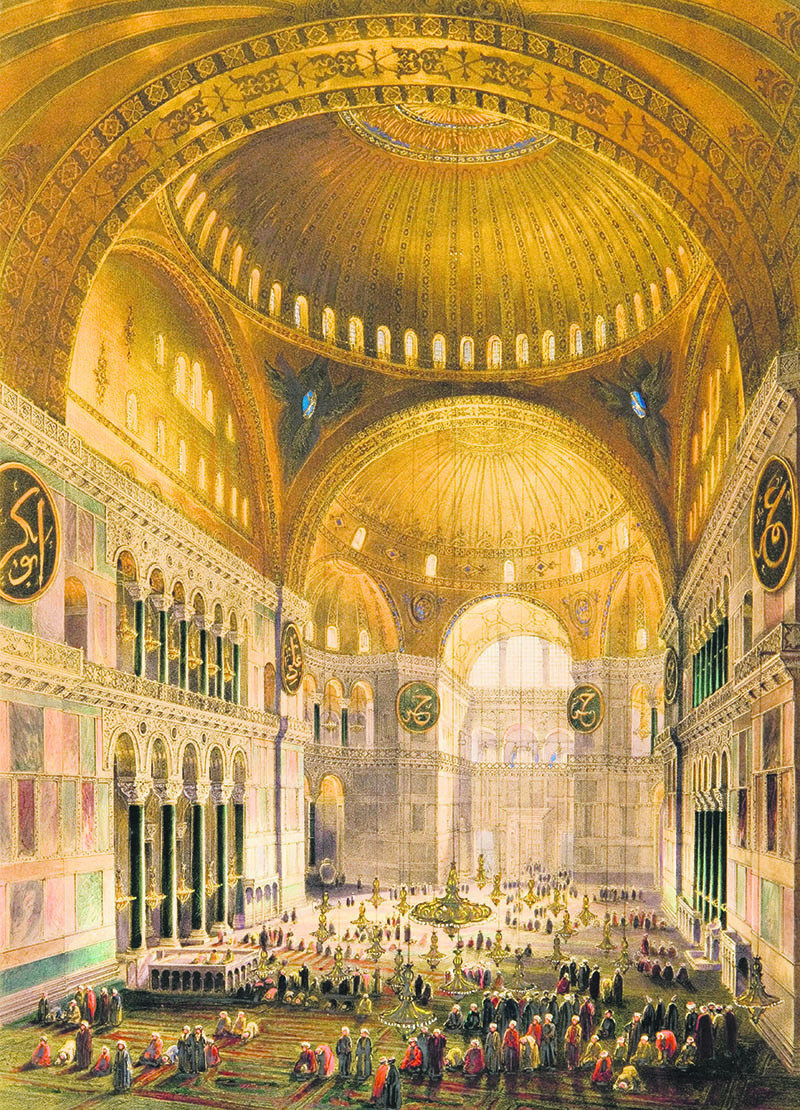 In the Ottoman era, soldiers went to war after praying at Eyüp Sultan Mosque while the Surah Al-Fath was read across the empire, to spread hope for triumph and sultans donated sadaqah, a voluntary gift to the poor.

After Operation Olive Branch was launched on Jan. 20, the Directorate of Religious Affairs ordered Surah al-Fath to be recited in mosques before or after the Fajr and Isha prayers, with special prayers for the Turkish Armed Forces (TSK). Praying for our forces during times of war is a deep-rooted tradition in Turkey. When soldiers went to war, prayers and Quran readings were performed in the Ottoman period throughout the empire.

When the Ottoman Empire decided to fight, a council would be created under the supervision of the sultan. Members of the council would include, the Captain Pasha, the Shaykh al-Islam, the janissary master, governors, commanders and Imperial Council members. Everyone was given the right to speak and express their thoughts. Information about the situation of the army, navy and treasure would be discussed by experts in their fields. Before going to a war, the fatwa, or the Islamic legal pronouncement declaring the legitimacy of the war, is given by the Shaykh al-Islam or from the leading clergymen of the time. After the fatwa is announced, the final decision to go to war is made and the war banners of the sultans were hung in front of the cebehane (arsenal) where war materials are kept.

After the conquest of Istanbul, the sultans would first visit Eyüp Sultan Mosque and then the tombs of their ancestors before the Ottoman armies went to war. Ottoman sultans would donate large sadaqahs to the poor in the tombs. If the sultan did not go to war, the chief commanders in charge would visit the tombs of Eyüp Sultan instead. Then, with an impressive ceremony, the sultan and state elders departed from Istanbul. The messengers and janissaries who made up the close staff of the sultan wore eye-catching clothes during the departing ceremony. Citizens of Istanbul also watched and enjoyed the process. The Ottoman army's preparations for war were very magnificent. Everyone who watched the military units march with their flags and weapons were amazed. 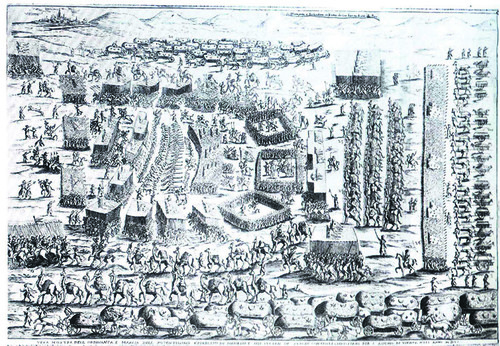 When the Ottoman army went to war, orders were sent to the rulers and governors around the empire to pray for victory. This order was applied when the army went to war or entered enemy territories. From Kastamonu province to Egypt, prayers were said in all the holy places, such as mosques and monasteries, throughout the empire. Sometimes the written orders would mention what surahs should be read and prayed. Mostly Surah Al-Fath and Al-An'am were read.

The scholars and hafizes in Istanbul gathered at Eyüp Sultan Mosque and each took a part from the Quran and completed it. After they read the whole Quran, they also prayed for the army's triumph. In the following days, Istanbulites gathered in their neighborhoods on Mondays and Thursdays, while scholars, hafizes and mudarris (religious professors) gathered in the mosques. Ulamas and the statesmen said Surah Al-Fath and the prayer Salat-ı Munciye 1,001 times after the Maghrib prayer. The Ayat al-Kursi was recited in the department of Hırka-ı Şerif in Topkapı Palace.

When the army went to a war, the Quran was read in the mosques after the Fajr prayer twice a week. When Grand Vizier Merzifonlu Mustafa Pasha went to the Russo-Turkish War's Battle of Chyhyryn in 1678, prayers were said on Mondays and Thursdays until he returned. When the navy went to war, ulamas and people also prayed in mosques for victory. During the periods when the state was in a difficult situation, prayers were said five times to gain blessings from God.