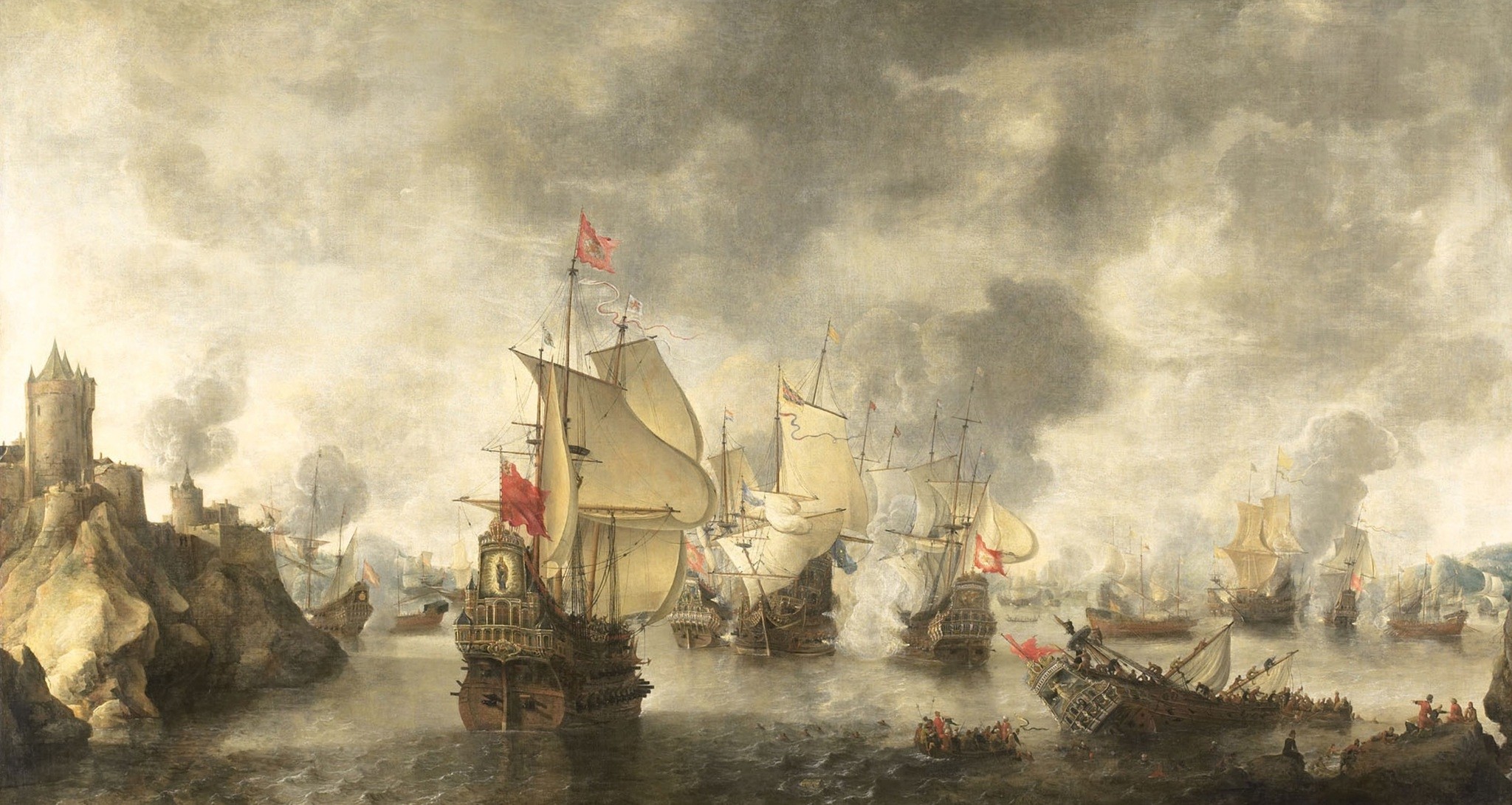 If you happen to visit Italy and sit in a cafe or a place you might still hear the expression "Mamma li turchi!" This colorful expression, which means "Oh mom, the Turks!" expresses fear and concern in the face of a more or less near danger. The phrase began in Southern Italy because of Ottoman pirate and corsair raids which, since the 16th century, terrorized the Sicilian, Calabrian and Apulian populations. Pirates and corsairs who, on the other hand, were often anything but Turks or Saracens but rather Greeks and Balkans, if not Italians themselves. And it is paradoxical to know that, while in Southern Italy the population had to face the Ottoman navy, in Istanbul other Italians, often at the same time, conducted business and had diplomatic relations that were more or less cordial with the sultans.

This is because, in history, relations between Italy and Turkey have always been somewhat ambivalent: Hostile and at the same time cordial, based on military force but also on commercial relations, but on one thing they have never changed -they have always been very close. The geographical proximity between the "Bel Paese" and the Anatolian state undoubtedly favored these relationships: Together with "Mamma li Turchi!" In Italy it is also used to say "Turchi e italiani: Una faccia, una razza" ("Turks and Italians: A face, a race") to indicate the common roots between the peoples of the Mediterranean region. In fact, the boundaries between Turkish and Italian have many times in history been very labile. To illustrate this, there are the stories of many Italians who have spent their lives in the Ottoman Empire in more or less prestigious positions: Think of Uluç Ali Paşa, Yusuf Sinan Paşa, Nurbanu Sultan, and Alvise Gritti.

Uluç Ali Paşa is very famous in my region of origin, Calabria (where it is known as Uccialì or Occhialì, a mispronunciation of its Ottoman name), as he was born in the province of Crotone. Originally his name was Giovan Dionigi Galeni, he was born in Le Castella presumably in 1520 in a poor family of fishermen. He was captured in his boyhood in an incursion led by the famous Barbaros Hayreddin Paşa and put on the oars of an Ottoman galley. Legend says that for 14 years he refused to abandon the Christian religion and converted to Islam and that what caused him to cede was not the harshness of the slave's life, but rather the will to take revenge for an injustice he undergone, which he could pay back only as a free man. After he become a Muslim, he began his career as a corsair, which went on with great success. First he became governor of Alexandria and then paşa of Tripoli and finally bey of Algiers, this meant, as Alessandro Barbero writes in his "Il divano di Istanbul", commander of the strongest corsair team of the Mediterranean. Uluç Ali Paşa is a figure in which history and legend intertwine: His name was a scarecrow for Christian sailors in the Mediterranean, the villages looted by him were countless, as the war enterprises of which he was the protagonist.

In particular, he participated in the battle of Lepanto, where he fought against the famous Genoese admiral Gianandrea Doria and was the only Ottoman commander to return alive to Istanbul. Thanks to its valor, Sultan Selim II commissioned him to rebuild the Ottoman fleet, which was destroyed in the famous naval battle, at the same time gave him the title of kapudan paşa (great admiral of the Ottoman fleet). On the other hand, the Calabrian corsair was not only famous for his war exploits. It was said at the time that he used to visit his family of origin when he was passing through Calabria and was famous among foreign ambassadors for his love of life. A Venetian envoy in Istanbul wrote that the Calabrian corsair "di due cose non tiene conto: né di denari, né de li suoi anni, e perciò spende volentieri e vive allegramente" ("doesn't care about money nor his own age, therefore he willingly spends them both and lives happy"). Another, more famous witness of his activity as a corsair is the writer Miguel de Cervantes, the author of "Don Quixote," who also testified how the Calabrian admiral treated his own slaves with great humanity. Uluç Ali Paşa died in 1587 in his palace in Istanbul. In addition to his activity as a corsair, I would like to point out his activity as a patron: In Istanbul it is still possible to visit the mosque that he built in today's Beyoğlu district. This building is actually part of a complex known as Kılıç Ali Paşa Külliyesi, which also includes a madrasa and a hamam.

The same fate, but different origin, is that of Yusuf Sinan Paşa. 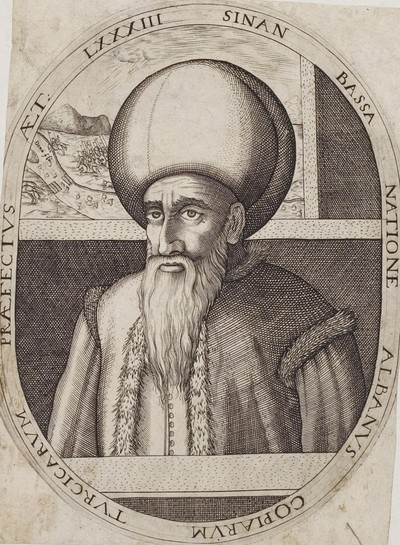 He was born in Genova with the name of Scipione Cicala (or Cigala), from one of the most powerful and famous families of medieval and renaissance in Genova. He was captured along with his father Vincenzo no less than from Uluç Ali Paşa himself in 1561, but instead of ending up in the oar as the Calabrian, he was directly introduced to the Topkapı Sarayı, where he embraced Islam and was enlisted in the body of the Janissaries. Later, he became very close to the future Sultan Mehmed III, serving as his room page before becoming ağa (captain general) of the Janissaries. At the head of the famous Ottoman soldiers, Cicala, who had assumed the name of Yusuf Sinan Paşa, distinguished himself in the war against the Safavids, climbing positions on positions until he too, like Uluç Ali Paşa, was appointed first as kapudan paşa and then as vizier. In reward for his services during the Hungarian campaign of Mehmed III, he was even nominated as a great vizier, but had to renounce his office after only 40 days because of various vicissitudes. Despite this, his career did not end here: He assumed the command of the eastern front during another war against the Safavid empire, but this time the wind turned against him.

Following a defeat, the Ottoman army had to retreat to Diyarbakır, where the Genoese general found his death in 1605. He too, like Uluç Ali Paşa, left a building heritage: An entire district of Fatih, famous for its very old hamam and for being the center of the Istanbul publishing industry, bears the name of Cağaloğlu. In addition, to make his name even more famous, the Italian songwriter Fabrizio De André contributed too, as in his 1984 album "Crêuza de mä" he dedicated to the Geonese general the song "Sinán Capudán Pasciá," The examples of Uluç Ali Paşa and Yusuf Sinan Paşa show us how the history of piracy, naval wars and slavery was a certainly painful and extremely tough component to the Mediterranean region's life between the 16th and 18th centuries, but which proved to be an extraordinary opportunity of confrontation and exchange between civilizations too. Exchanges that were not limited to the military sphere, but which also involved other personalities: Nurbanu Sultan, for example.

Of her, much of the doctrine attests to her Venetian origins: Leslie P. Peirce even affirms that her name was Cecelia Venier-Baffo. She, like Uluç Ali Paşa, was enslaved by Barbaros Hayreddin Paşa and later become a concubine of Sultan Selim II. The peculiarity of their relationship is that the sultan, after having met her, stopped to frequent other concubines and even decided to marry her. This led the ex-Venetian concubine to become Sultan's haseki sultan (legal wife of the sultan). Venetian sources report how the Sultan often confided with his wife and that he greatly esteemed her abilities: It can be said that the former Venetian slave was anything but a secondary figure neither to the court of her husband nor to that of her son, Sultan Murad III, where he assumed the position of valide sultan (queen mother), which, according to Ottoman etiquette, is the most important and powerful woman in the empire. I would like to underline how, as in the case of Uluç Ali Paşa and Yusuf Sinan Paşa, Nurbanu Sultan also did not completely cut the bridges with his homeland: It is known that the Venetian valide sultan stopped the project of the invasion of Crete (at that time possession of the Republic of Venice) proposed by Uluç Ali Paşa. Nurbanu Sultan died in 1583, leaving evidence of his power through a large number of buildings to which she supported the construction or restoration: Among the most important figure is the Atik Valide Camii of Üsküdar.

Another famous personality who distinguished himself in the times of the Ottoman Empire is the merchant Alvise Gritti. 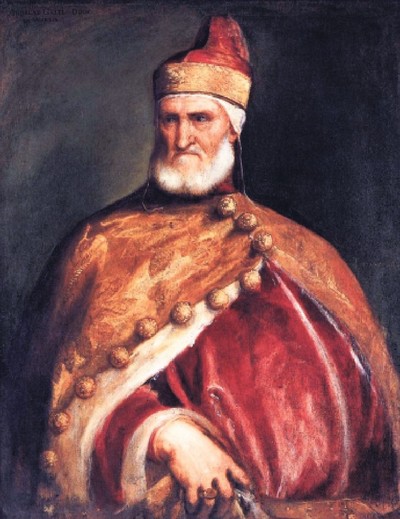 Unlike the other personalities I've spoken about, he was never made a slave and was born in richness, as he was the illegitimate son of the future doge of Venice Andrea and his Greek concubine. After following his father on his return to Venice, he decided after some time to return to the Ottoman Empire. Thus, he became one of the richest and most powerful merchants of the empire, so as to enter the graces of the vizier Pargalı Ibrahim Pasha, that even appointed him as the commander of many Ottoman armies. Then, Sultan Suleiman the Magnificent appointed him as adviser to the future king of Hungary, Jan Zapolya. Gritti was instructed of the negotiation of a treaty between Hungary and Spain, but acted in an unclear way, so that Transylvanians turned against him. In 1534, he was captured and executed. Nowadays in Istanbul the neighborhood where his house stood is called as he was known in Istanbul: Beyoğlu (the son of the lord, as the Ottomans called the doge).

It must be said that the relations between the Ottoman Empire and Italy were not limited only to the exchange of eminent personalities: Barbero writes that very often even the commoners, even if oppressed by the attacks of the Ottoman corsairs and frightened by the sultan's armies, craved the arrival of the Turkish conquerors in order to see themselves freed from various forms of servants more or less burdensome. For example, famous is the story of a Bolognese subversive who, in an attempt to conspire against the papal government, was discovered and sentenced to hang. On the gallows, he declared to the papal governor: "Vorria piuttosto il governo del turco che quello dei preti" ("I would prefere to be governed by a Turk rather than a priest"). And even the chronicler who reported the story comments: "Ben avea razon, ma non dirlo a lui!" ("He was right, but don't tell this to him").

These stories show, as I have already written, how the boundaries between Turkish and Italian have been confused and blurred many times in history. Borders that even today, for me and all of us Italians who study or work here in Turkey, many times are actually closer than anyone may think. Perhaps, many of us here do not feel at home but, not only from a geographical point of view, I can assure you we feel very, very close.