Census taking and tax collection in the Ottoman Empire 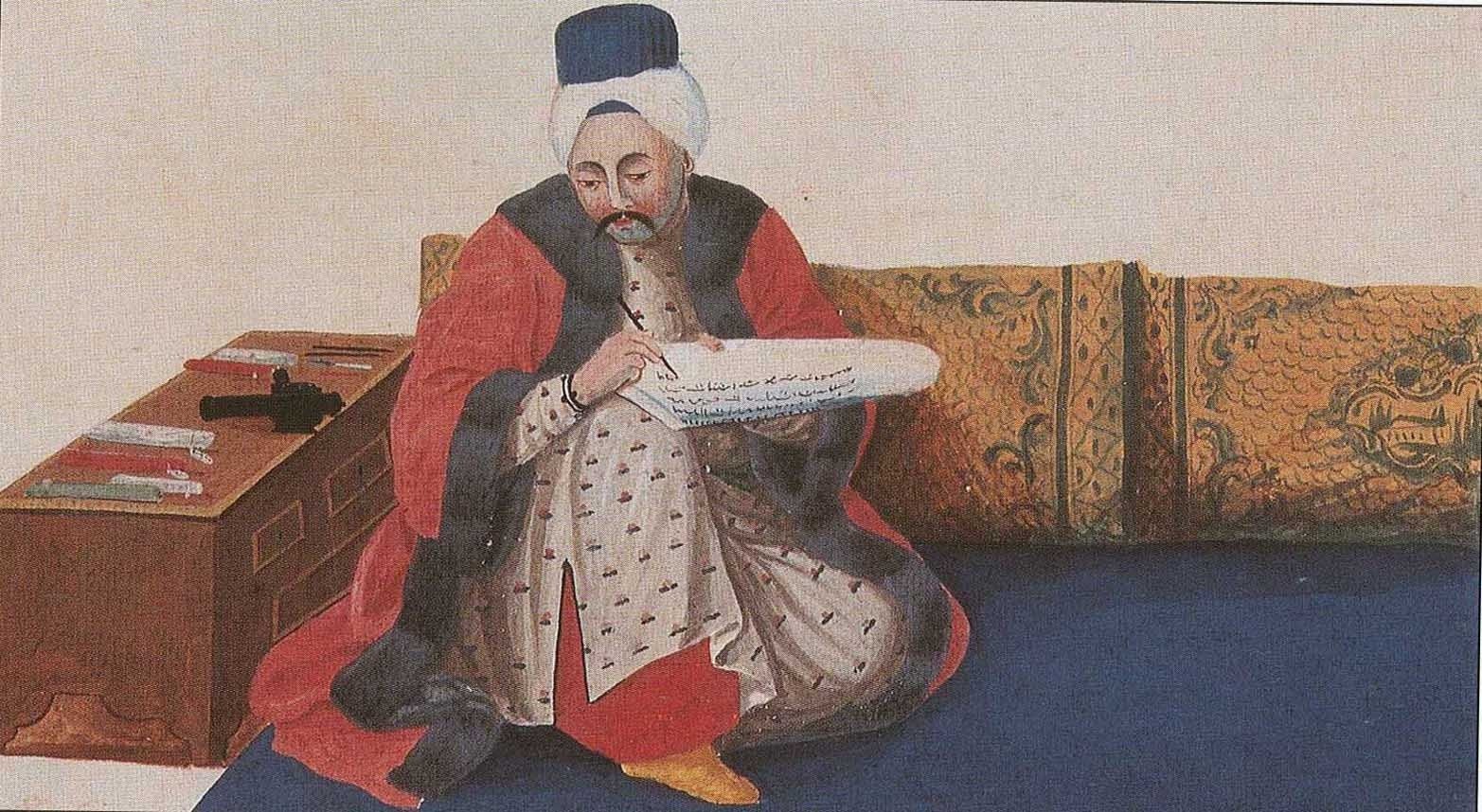 A painting of an Ottoman u201ckatipu201d (senior clerk) who was one of the officials conducted censuses in the Ottoman Empire.
by Erhan Afyoncu Feb 08, 2018 12:00 am

There have been census books kept for tax data since the Ottoman Empire, and census takers recorded the taxpaying population, going places where mules have difficulty reaching today

Turkey's census results were announced last week, showing that the population now exceeds 80 million and Istanbul's is over 15 million. The Turkish Statistical Institute (TurkStat) put an end to discussions about census-taking methods and the result with the use of technology. The Ottoman Empire and modern Turkey have a long tradition of census taking. Census takers recorded the taxpaying population, often going places where mules would still have difficulty reaching in a time when there were no proper roads or communication.

The Ottoman Empire collected some statistical data periodically about its territories along with the lands that were newly conquered to determine tax rates, land ownership and ways of saving. These were called "tahrir," meaning cadastral records. These records had a large role in the organization of the empire.

There were some administrative, financial and military necessities to establish this system and practice it successfully for many years. The empire had difficulty paying its expenses in cash from the treasury such as the salaries of some soldiers and officers, as tax collection and transfer were difficult depending on the conditions of the period. Soldiers and clerks received their salaries from the taxes they collected themselves in the places for which the sultan had given them a charter. This system was called "timar."New censuses and cadastral records were often necessary so the empire could know the tax sources in the country correctly and in detail to follow the changes. The continuation of the timar system, which was the empire's biggest military power, depended on correct and timely censuses and cadastral records.

The Seljuks, Ilkhanids and Mamluks kept similar cadastral records. This system was used in many places such as the Roman Empire, Saxon England and ancient Egypt. However, the Ottoman system was an advanced example when compared to its predecessors. In the Ottoman Empire, this system dates back to the period of Sultan Murad I (1362-1389), but the first available book is the "Arvanid" - the book of Albania - from 1431, in the period of Sultan Murad II (1421-1451). This book was published by Halil İnalcık, an important figure in Ottoman history.It was a law that cadastral surveys should be taken every 30 years to 40 years. But in addition to these general censuses, records were needed more often sometimes. The change of sultans and increase or decrease in tax revenues were some of the reasons for taking new censuses.

When cadastral records began to be compiled, a reliable individual responsible, called an "emin," was assigned. Since being an emin was an important task, senior civil servants such as sanjak beys, judges, professors, provincial treasurers who deal with tax registers, chief judges and central bureaucracy clerks were assigned to this rank. Emins were also called "ilyazıcı," meaning provincial writer, or "defter emini" meaning book keeper. All the officials of the empire in the region helped emins and clerks with the records.

After gathering the necessary documents from the region, the emin compared them with the old census books, inspected everything and recorded increases in a new book.They made sure all income was noted down with taxpayers' registration in the book. The officers were very careful since it would cause the empire to suffer losses in tax revenue if even a single goat was not registered. While nomadic tribes were going to plains, they were stopped at rivers and all the sheep and goats were counted one by one. Thus, tax evasion by the Yörüks was prevented.

The processing of records took nearly two years depending on the size of the area. After recording and collecting the necessary documents, the emin brought the draft that he prepared to the palace, where they were detailed, summarized, copied and prepared into two books. Later, a book carrying the sultan's signature, or "tuğra," was sent to the governorship where the records came from and the other was kept in Istanbul at the Defterhâne-i Âmire, the royal archives.

In 1826, Sultan Mahmud II conducted a census of the male population in the country to know the number of taxpayers and people who would be recruited for military service, as he had abolished the Janissaries. The censuses continued and were developed over time. Censuses toward the end of the 19th century began to record women and children as well.

Data about historical population can be found in the book "The Population of the Ottoman Empire and Turkey," published by TurkStat and in the Turkish Religious Foundation's (TDV) Islamic Encyclopedia.

Before the Ottoman conquest, Istanbul had been in a period of decline after it was sacked during the fourth crusade in 1204. The city was emptied of its valuables and the population greatly decreased.