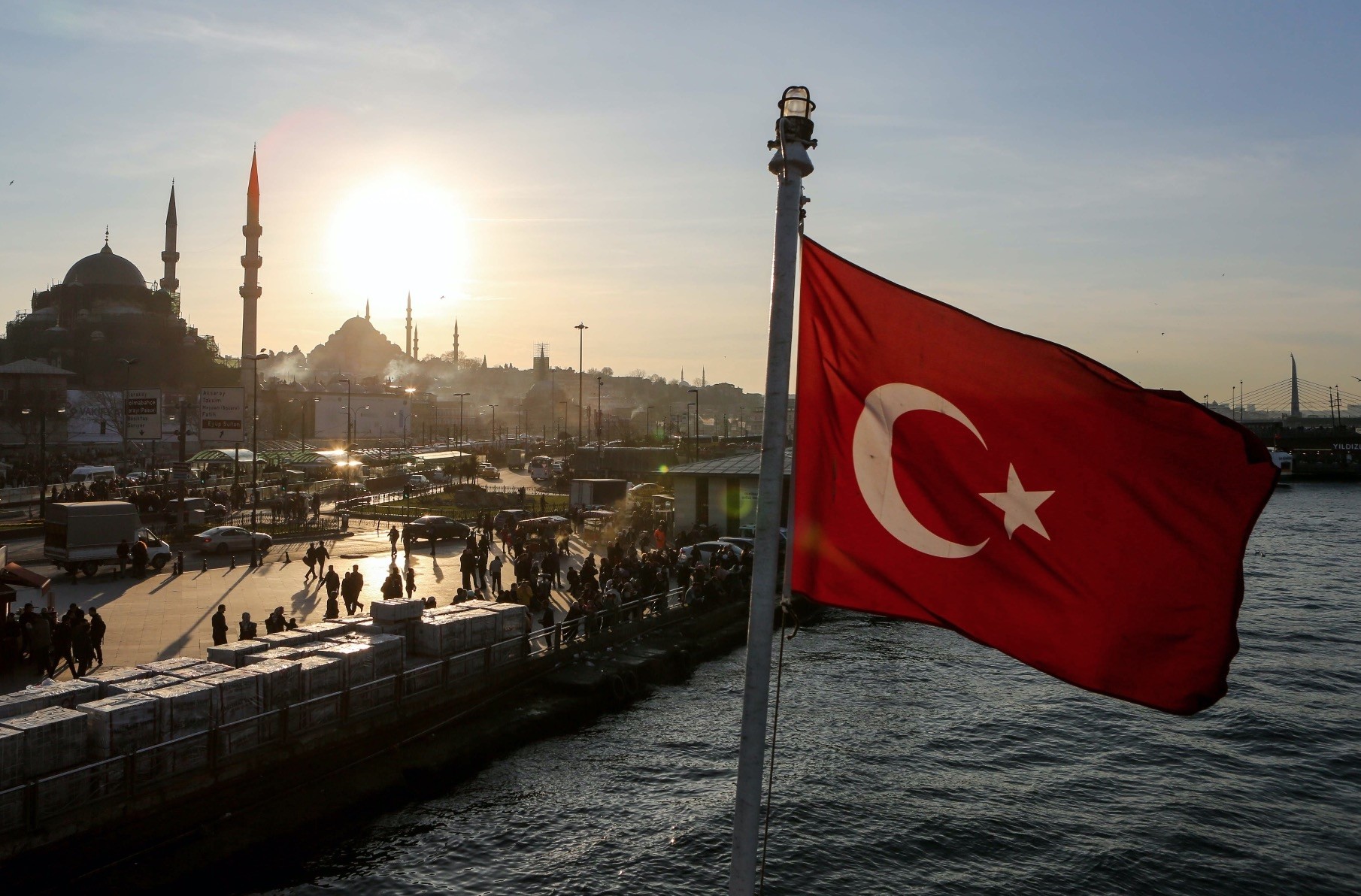 A Turkish flag on a ferry that crosses from Istanbulu2019s European to Asian side everyday.
by Jurgens Klaus Feb 09, 2018 12:00 am

Expats living in Turkey and visiting tourists describe their experiences as pleasant one and almost always want to come back, which is in contrast to what European media outlets say about Turkey

Many expats working, studying or retired in Turkey describe the country as the most forward-thinking, international and welcoming country imaginable.

In stark contrast, European journalists publish slander meant to tarnish this fine nation's image while never having set foot in it. Likewise, foreign correspondents who have apparently traveled to Turkey on behalf of their foreign news portals have only added to the negativity. Now, this minority of anti-Turkey commentators, regardless of how influential they may be in Europe and regardless of who supports them in business, media and political circles, need to be confronted and told that what they do is anything but journalism. The expat community, as well as all friends of Turkey who return every year as tourists, could actually become a vital part of this campaign.

How is it possible then that some European politicians, media sources and opinionated circles continue to promote this false negativity? This disturbing, ongoing trend leads us to believe that either the naysayers do not want to accept that they are wrong or it is simply sheer arrogance paired with ignorance. Even worse, is there perhaps a master plan behind all of this?

There are expats, and there are tourists, too

What is more, the tens of millions of foreign tourists choosing Turkey as their vacation destination surely have something wonderful to say about Turkey, that is, if someone from the media ever bothered to ask them when they returned home. We do stumble across the odd interview with European tourists explaining why they always choose to vacation in Turkey, but finding these Turkey-friendly voices is like looking for a needle in a haystack.

When we compare European media reports with actually experiencing Turkey yourself, it is as if we are talking about two completely different places. On one hand, there is a large international population happily living in Turkey paired with the constant flow of equally satisfied foreign tourists, while on the other, foreign media outlets with nothing better to do then come up with fake horror stories basically declare the country a no-go zone.

So let us set the record straight by dismantling what one can only describe as intentionally presenting fiction as fact.

Turkey is an extremely hospitable country based on the fact that Turkish people by nature are very warm and welcoming. Anyone who has ever met a Turkish family celebrating a birthday, was invited to a wedding or seen the joyous event of a semester report card will understand that this feel-good nation is number one. That also includes outings with friends and colleagues, too. It is no wonder then that this charming nature is automatically extended to those newly arriving along the 8,333 kilometers of coastline. Courteous, welcoming and interested in their guests or future neighbors, these traits create a place where people from different ethnic backgrounds, nationalities, colors and so on are accepted as equals.

This may sound like an advertisement for a public relations agency, but it is simply the truth that some anti-Turkey circles in Europe do not want to hear, and most certainly would never publish.

One would assume that the whole dilemma for the ill-fated verbal warmongers started when Turkey grew, strengthened and stood on its own proud feet instead of being merely told by other capitals what to do. This upward trend began when the Justice and Development Party (AK Party) came to power in a landslide victory in the winter of 2002, and the party has been successfully managing this country ever since. A prosperous, healthy, stable, forward-thinking nation fully embedded in a globalized world with a stronger-than-ever foreign policy emerged.

If one were an anti-Turkey aficionado, it would seem that Turkey is nothing but a vacation destination and the country attached does not matter. Yet the proud Turkish nation, step by step and mostly unnoticed by European circles, upgraded and developed. After a sharp economic downturn before 2002, the people had already had enough, and change was in the air. The new Turkish democracy as we know it today was in the making. Turkey shed the cocoon of being dependent on foreign powers to staff, run and master its own future.

However, my biggest concern is if it is true that a strong, prosperous Turkey was always what Europe did not want and perhaps even fears? Could the developments since 2003 ever convince Europe of its own limitations as a Christian-only club? If it stays unconvinced, then will there ever be a light at the end of the EU accession tunnel? Betrayed and lied to, Turkey may very well look elsewhere. From a personal standpoint, although I grew up in Central Europe, I simply cannot support such blatant misinformation being spewed by some members of my generation about modern Turkey. There has to be a vast silent majority out there that would promote, understand and respect modern Turkey if we would only lend them an ear.

Hence, there is a new trend emerging, and since mainstream European media refuses to remain accurate, expats have found other ways to get their pro-Turkey messages out there.

My last point is that this positive feedback needs extra promoting at home. Expats are travelers by default, and very few stay abroad for more than two years without visiting home. After returning home, we need to talk about our positive time spent in Turkey. Perhaps run a charity event back home, crediting Turkey with your new hospitality. Give a talk at an adult education center complete with visual aids. These activities do not even require special equipment, just you and a USB. Go and meet with your local councilors or members of parliament and speak in person about how fine a nation Turkey is. Write an article for your local newspaper of which there are hundreds in some EU countries. Here, editors might even give you a chance.

We hate lies and fake news. We hate the anti-Turkey mainstream media whenever it comes our way. We simply like modern Turkey in all its diversity and variety. It is time to celebrate Turkey for the feel-good nation it really is.