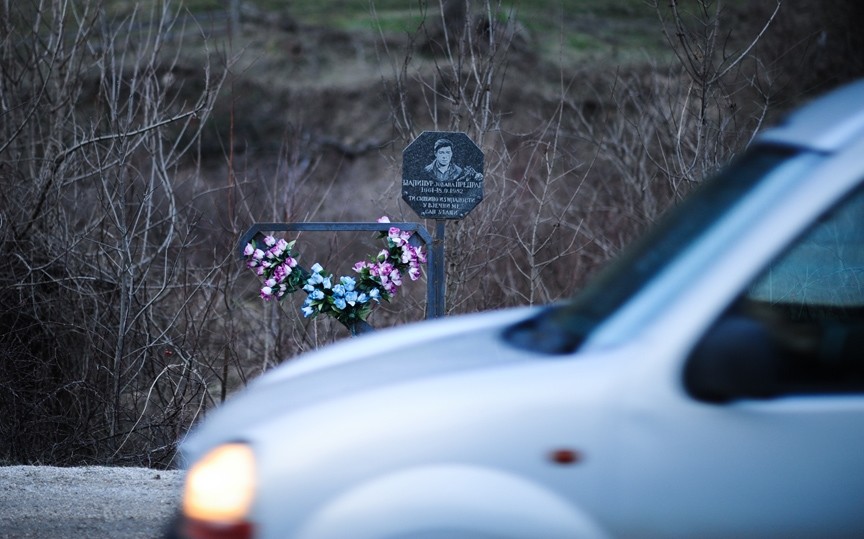 People light candles and leave flowers along with the victimu2019s belongings under the roadside memorials.
by Anadolu Agency Feb 12, 2018 12:00 am

Continuing a tradition, Bosnian people still erect memorials in memory of the people who lost their lives in traffic accidents, even if it is illegal and forbidden by authorities

In Bosnia-Herzegovina, the memorials erected in the memory of the people who lost their lives in traffic accidents at points where these accidents happened are sustained as a tradition even though they are "illegal."

Having no clear beginning date, this tradition is believed to have started with the development of transportation in the former Yugoslavia period and increase in the number of traffic accidents correspondingly.

Roadside memorials are generally built, in addition to their actual graves, as a headstone near the road of the accident site by the relatives of the victims. These monuments have written on them the names, surnames, dates of birth and death of the victims written on them.

Flowers are left and candles are lit up at these monuments. Some relatives of some of the victims also leave the belongings that the victim was fond of while they were alive. 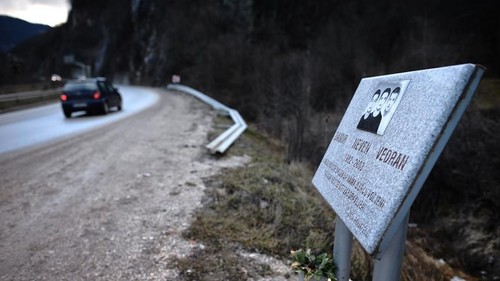 Roadside memorials became a tradition in the 1970s in Bosnia-Herzegovina.

The memorials, which confront people anywhere, such as on the edge of a cliff, in the middle of the city or a desolate road of a village, draw people's attention.

Being mostly common among Christians, the tradition is sometimes practiced by Muslims, Jews and atheists as well. The memorials, where the Orthodox also leave food and drinks, are visited by the relatives of the victims on the anniversary of their death.

The roadside memorial tradition is also seen in other countries in the region, including Serbia, Croatia, Macedonia and Albania.

Though the authorities responsible for the maintenance and repair of the roads in the country stated that the monuments are "illegal" as they increase the risk of accident, the practice that has become a tradition is continued by the people.

The Bosnia-Herzegovina Federation Overseers of Highways told Anadolu Agency (AA) that the monuments are illegal and it is strictly forbidden to build any memorials or the likes near the roads.

In the statement, it is implied that any construction near the roads can affect traffic safety. The cars parked around these memorials when the relatives visit them also pose danger.

Oliver Jurisic, an associate at the Catholic Theology Faculty in Sarajevo said the memorials are generally built for the people who have died in wars and whose bodies could not be found. He added that road monuments are a tradition started to be practiced in the 1970s in Bosnia-Herzegovina.

"There is no distinction between Muslim, Christian and Jewish. People from different religions build these memorials along the roadsides. Those who have no religious faith build them too," said Jurisic.

Implying this tradition is a social phenomenon, he added, "Nobody damages these monuments or touches the belongings left there. They are considered sacred by all people regardless of their religion. There are cases where, occasionally, people who don't know the victim of a memorial leave flowers and light candles for them. They show respect to the dead."

Noting Catholics decorate the memorials with candles, Jurisic added, "Some who are Orthodox believe that the soul goes to heaven after 40 days. The soul needs eat and drink through this process. This is why you see food and drinks at their graves."

Reporting these memorials pose a danger to the traffic, he indicated that a monument which is very large or built too close to the road can create a greater danger.

"Yet," he said, "These memorials also remind people to drive carefully and how short life is, serving as kind of a warning. They can sometimes be more effective alerts than traffic signs."