Back on track: Istanbul's Haydarpaşa returns to its glory 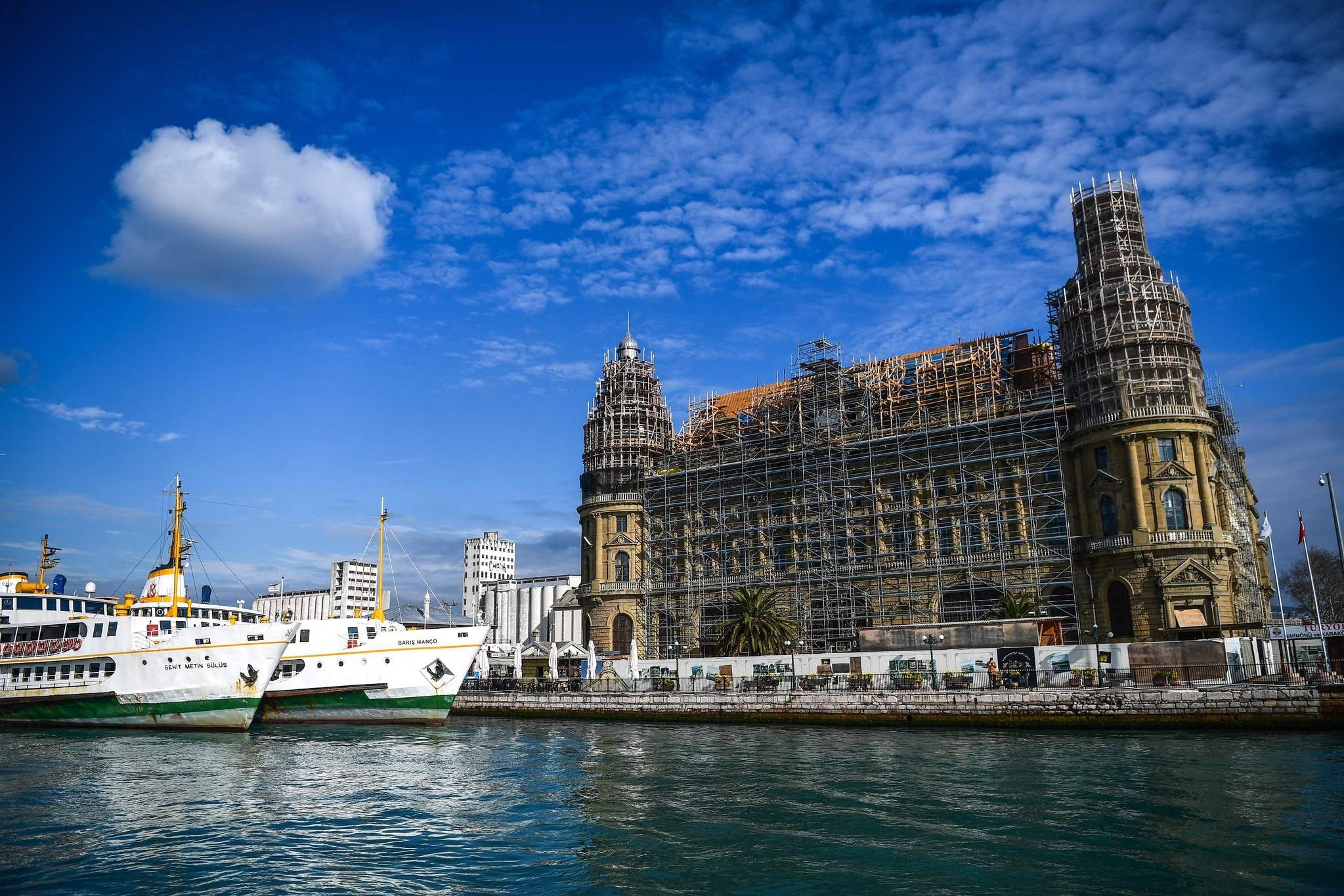 Haydarpau015fa Railway Station is currently undergoing restoration and will be opened next year.
by Daily Sabah with AFP Feb 19, 2018 12:00 am

Closed down for renovation in 2012, iconic Haydarpaşa Railway Station will soon return to its former glory as a spot where the east meats the west

When the Haydarpaşa Railway Station caught on fire in 2010, Istanbul's residents watched the burning of the historical building with tears in their eyes. The symbol of Istanbul, the first thing that people coming from the East and Anatolia saw when they arrived at Istanbul, was on the brink of destruction.

Built by the German-owned Anatolian-Baghdad Railway and designed by architects Otto Ritter and Helmuth Conu in the first decade of the 20th century as Europe's gateway to the east, the station was a terminus of the Istanbul-Medina-Damascus railway line and later for routes to Anatolia. Standing with all its glamour proudly on the Asian side of the Bosporus, its gothic towers have loomed over the waters of Bosporus for years.

The imposing facade has witnessed and survived more than a century of turbulent and tragic history; the collapse of the Ottoman Empire, World War I, an empire's transition to a republic. And all these historical milestones caused people to attach sentimental feelings to the building.

But this most historic of railway stations now lacks its most fundamental component - trains.

In 2012, when the number of trains pulling in and out of the station had already dropped off, Haydarpaşa - named after the neighborhood where it is located - was placed on the watch list of endangered heritage by the World Monuments Fund NGO.

Since 2013, the celebrated terminus has not seen any train traffic after being shut for restoration work and a major upgrade of Turkey's railway network.

Trains to come back

However, Turkish architecture activists, local officials and Turkish State Railways (TCDD) have said that the station's future as a railway terminus was now assured after a period of uncertainty.

"It will remain in public ownership. There were debates but right now there is no such danger (of privatizing) the train station," Aykurt Nuhoglu, the mayor of the Istanbul district of Kadıköy where the station is located, said. "The trains will begin to arrive as of 2019."

Once the station is reopened, it should be the terminus for the new high-speed trains from Ankara which are currently stopping in Pendik, well outside the center, as well as again being a hub for commuter trains.

Since the roof of the building was damaged heavily during the fire in 2010, restoration experts are building a new roof, which will minimize rain damage, and the station's stained-glasses, which have lost their original vibrancy, will be renovated to bring back its original form designed by German artist O Linneman. Moreover, restorers are currently working on how wooden pylons were placed on a sand foundation more than a century ago.

Unlucky from the beginning 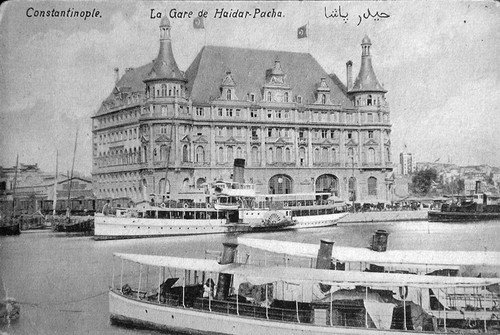 A 1910 photo of the Haydarpaşa Railway Station.

On the first day of its opening, the station suffered a fire and was only reopened on Nov. 4, 1909 after a restoration process. The building was used as an armory during the War of Independence and World War I, but was sabotaged on Sept. 6, 1917, when the armory exploded. The station then completely collapsed. On the 10th anniversary of the founding of the Turkish Republic, the station was rebuilt to its original state and a comprehensive restoration was also carried out in 1976.

Haydarpaşa Railway Station was inaugurated in its current form in 1909, five years before the outbreak of World War I.

It was a symbol of the friendship between the Ottoman Empire and imperial Germany under Kaiser Wilhelm II, who yearned to expand Berlin's influence deep into the Middle East and had sealed a strong relationship with Sultan Abdülhamid II.

The station was to be the key hub of the Kaiser's dream of a Berlin to Baghdad railway passing through Istanbul, Aleppo and Mosul, with a branch line south to Damascus.

In fact, what Ottomans wanted to do was to make Haydarpaşa a gateway to the holy lands, Mecca. The Hejaz Railways ran from Damascus to Medina, through the Hejaz region of Saudi Arabia, with a branch line to Haifa on the Mediterranean Sea. It was a part of the Ottoman railway network and the original goal was to extend the line from the Haydarpaşa Terminal in Kadıköy beyond Damascus to the holy city of Mecca. Yet, the construction of the railway was disrupted by the outbreak of WWI and the railway could only be completed until Medina.

Murder on the Orient Express

The station made its mark in literary history as well. Featured in the first chapter of Agatha Christie's "Murder on the Orient Express," the railway station is also a symbol for bookworms.