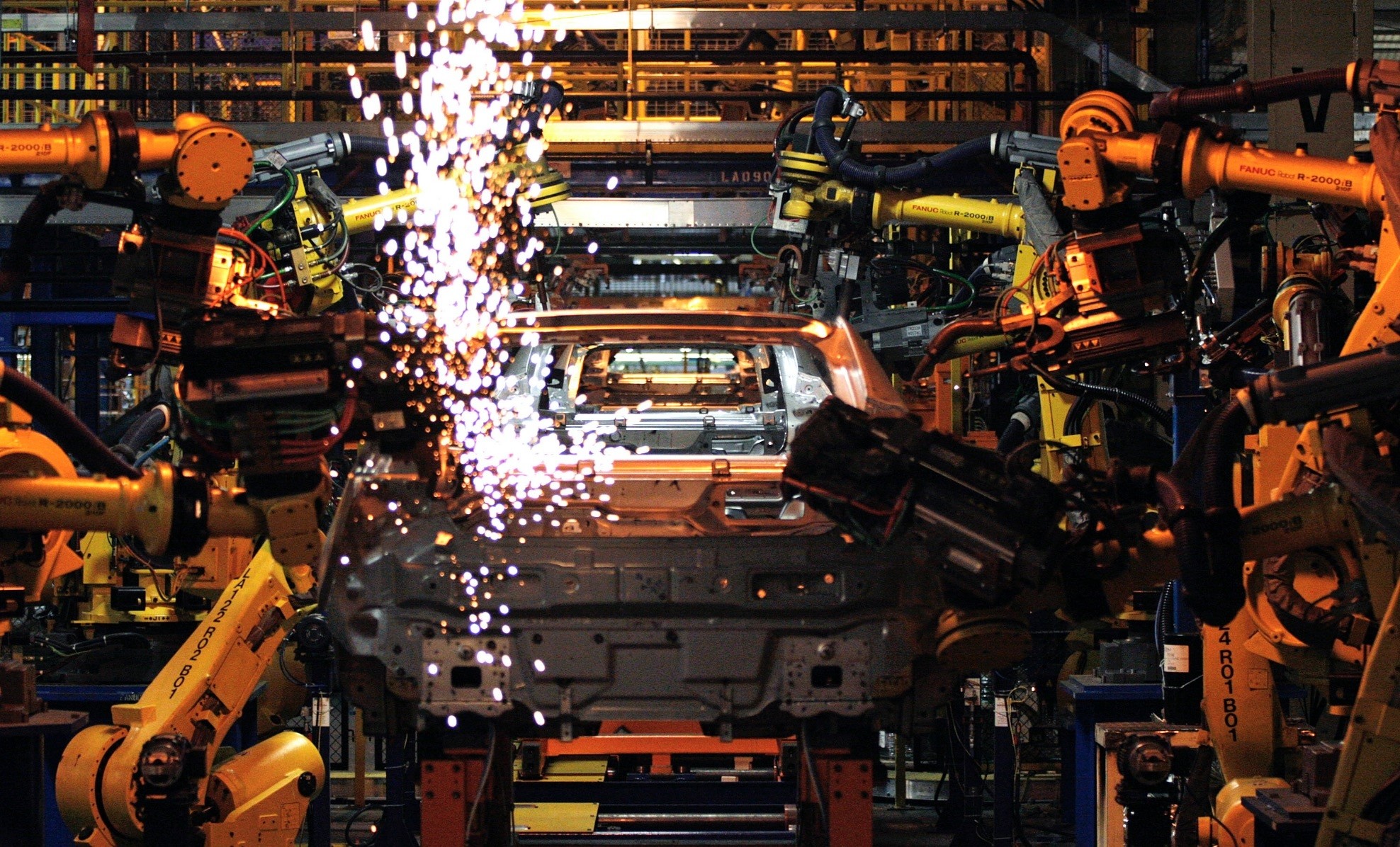 The rapidly advancing technologies shortened the time period between each revolution and over the past years, industry experts have anticipated a new revolution that is likely to bring colossal changes.

In the aftermath of the third industrial revolution, which can be summarized as automation, everything, including automation processes and robots, has acquired self-determination and better learning skills. So, the name robot has morphed into "cobot" (collaborative robot), referring to robots capable of determining their own actions according to their environment and real-time data without having the need to be preprogrammed by humans.

Although Industry 4.0 is the first revolution that has been defined prior to it actually taking place, we are already observing that things around us are getting increasingly smarter and we are also getting used to this situation at an incredible speed. Therefore, it can be argued that it is both reasonable to believe that all the objects will have internet connectivity, making the production line completely smart in the near future. Embracing the devices that are defined as smart and refusing to return to the obsolete ones after standards are bettered, humans are rapidly approaching that stage whether they like the idea or not.

Industry 4.0 refers to integrating and improving the acquisitions so far made in automation, digitalization, internet, informatics and communication sectors and benefiting these acquisitions in every sphere of life, especially in the production processes. In production, this means the transformation of mechatronic (mechanic and electronic) systems into cyber-physical systems. The internet is the indispensable element of this transformation that is characterized both as revolution and evolution.

The fourth industrial revolution has many components. Among them, cyber-physical systems refer to the connection of the real and virtual worlds through sensors and the internet, which means the combination of material and digital worlds and operation of this combination with instantaneous synchronization and coordination. Such systems aim easier production process control and stronger communication between production chains.

Industry 4.0 aims a "100 percent communication" in production processes. Thanks to a thorough information flow that takes place both horizontally and vertically, no hidden or imperfect data will remain in the production processes. The entire process will be digitally monitorable including the phases of order, raw material and recycling. Thanks to this, the increasing costs in the different phases of repetitive jobs, possible problems that might arise due to hidden errors, and timing problems caused by the lack of information exchange will be prevented. This will probably be the biggest challenge for Turkish bureaucracy and businesses, who have problems regarding sharing data and documents with their seniors and juniors.

"Internet of things" can be said to be one of the key concepts in the fourth industrial revolution. In the U.S., the concept "Industry 4.0" was not directly translated from German but rather explicated within "internet of things." With this industrial revolution, the internet will act as a bridge between the real and virtual worlds. Objects will be in constant communication with each other and humans.

Unlike the automation following the third industrial revolution, machines will not simply fulfill the ordered instructions. The objects connected to humans and each other through the internet will be able to learn and determine how to behave by themselves as they will exchange real-time data. Although the "internet of things" is currently stretching our imagination, it will facilitate the life in near future.

For instance, while we are on our way home from a vacation, the objects will heat the house for us and order the missing food in the refrigerator when it senses that we are approaching home. This change will influence every sphere of life including our private lives, education, production and consumption. A part of the systems that enable us to use our time more productively, increase efficiency in production, and cause less pollution by creating less amount of waste has already started to be implemented. It is hoped that the saved time and sources will enhance people's quality of life.

Nevertheless, with the smart devices in our houses and telephones and other wearable technologies we carry, almost our entire lives will become tractable including our emotions, habits and behaviors.

The speed at which humanity produces data increases every day. By 2000, data produced in one year was the equivalent of all the data produced from the dawn of humanity to the beginning of that year. While it is a positive change that all this data compiled through a wide variety of sources are being brought together and evaluated through analysis, leading to optimization of production processes, increased quality, productivity and energy conservation, the fact that all kinds of data relating to both business and private life is being recorded, saved and evaluated makes the importance of cybersecurity obvious. It is obvious that data security systems are more necessary than ever today.

The storage of big data will be done not through local means via disks and hard drives but through cloud systems available through the internet, which will lead to the extinction of problems associated with the former method such as storage costs and lack of space. It will be possible to access your data through the internet from anywhere. In fact, cloud technologies have been a part of our daily lives for some time now. Sharing lecture materials with students through Dropbox, sending heavy files through Google Drive, backing up the files in our phones using the storage offered by the manufacturer are some methods where we already employ cloud technology.

With the spread of 3D printers, it will be possible to manufacture goods everywhere, even at homes. This technology, also called additive manufacturing, will allow printers to produce objects that are digitally designed and modeled according to the imagination of the producer.

The rate of error will be greatly reduced in these factories where the owners, suppliers and consumers will be able to continuously monitor the system and where all parts of the process, regardless of whether they are humans, objects or other systems, will be in constant communication. There are indeed such factories in Germany where these methods are being implemented and rate of error has been reduced to 12 in a million.

Since most errors in production are caused by the human element, it is expected that the replacement of human muscle from production systems will greatly reduce the rate of error.

Is Turkey ready for the revolution?

Deindustrialization is a process of change caused by the reduction of industry's share in production and the rise of service sector's share as labor force shifts from manufacturing to the service sector.

Unfortunately, deindustrialization is a fact in Turkey, a country which cannot close its deficits without the support of service sector. On the other hand, the entire world realized the importance of a solid industrial capacity after the 2008 financial crisis. In the light of all these factors, it is seen that a strong service sector is still required to narrow our deficits, but it is obvious that a strong industrial capacity is a must.

Although Turkey followed the first three industrial revolutions from behind, the country's huge corporations are determined not to miss Industry 4.0. If this determination creates a spillover effect that will encompass all the companies including small and medium enterprises and large companies that do not have any restriction in resources and teams, Turkey will be ready for the revolution.

As the current picture is viewed, Turkey is somewhere in-between the second and third industrial revolutions in terms of production. So, the country has not even caught up with the third revolution yet. On the other hand, production in several sectors such as white goods, aerospace and electronics are very close to the standards of the third revolution.

Turkish people tend to embark on a new task without making a detailed plan beforehand. When a society with a high entrepreneurial spirit adopts the motto "one improvises as he goes along," wasted resources and disappointments become inevitable. However, with Industry 4.0, it is necessary to forget about this motto and make strategic planning before setting out by considering the finest details.

The role of education

We can see that new generations catch up with new technological developments far faster than the older ones. The digital transformation in the industry requires the combination of the operational experience of accomplished executives with the technological capabilities of Y and Z generations and rejects any failure of communication between these generations. It is possible that such differences in technological capabilities between generations might continue despite efforts to resolve them, but this situation can be amended without losses in productivity by incorporating such differences during planning.

On the other hand, since with the fourth industrial revolution, the need for qualified personnel and skilled labor will increase, Turkey should no longer tolerate any more brain drains. As a matter of fact, it is an urgent necessity to develop new programs that aim to reverse brain drain and bring skilled laborers back to Turkey.

The roadmap of Germany for Industry 4.0, named "German Standardization Roadmap," was first revealed in November 2013. During this development stage for the industry, the first and most important step is standardization and optimization through a reconsideration of existing methods. To avoid "missing the train" again, Turkey must wholly dedicate to the study and learning of this subject, and maybe come up with new concepts and paradigms backed by effort. Industry 4.0 is a vital subject that must be internalized and planned for at once. Turkey will either study well and be a part of this movement or lose without entering the race.

* This article is written by associate professor Elif Nuroğlu for Anadolu Agency (AA). Nuroğlu is the chair of the Economics Department at the Turkish-German University in Istanbul. Her main areas of interest include international economics, gravity model, empirical international trade, econometric models, empirical macroeconomics, artificial neural networks and fuzzy approaches.