The Battle of Manzikert: How Anatolia became Turkey's home 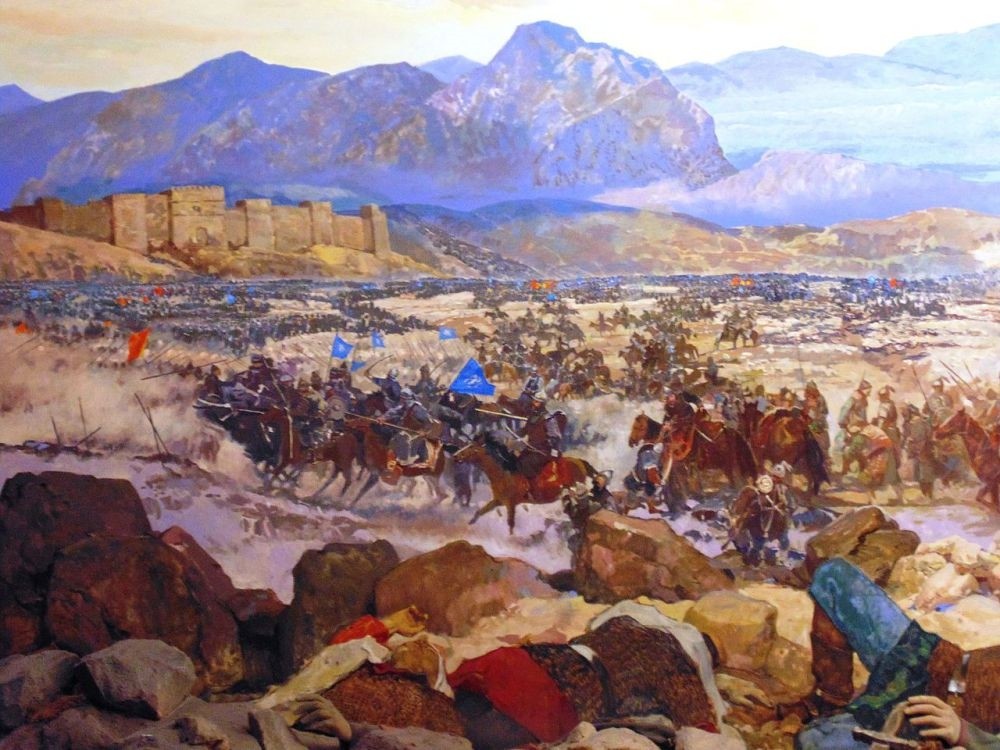 A diorama of the Battle of Manzikert at the Istanbul Military Museum.
by Erhan Afyoncu Feb 23, 2018 12:00 am

Turks made Anatolia their home in the 11th century, but their journey from Central Asia was not an easy one

The Seljuks started arriving in Anatolia in 1018. Even though the Turkmens spread to the eastern and central parts of Anatolia in a short amount of time, it was not definite land for them yet because they did not have the power to fight against the Byzantine army. Consequently, when the Byzantines marched on them, the Turkmens had no other option but to withdraw to the Caucasus.

Although there were many fortified places and fortresses that were yet to be conquered in Anatolia, it was very difficult for the Turkmens, who did not have siege weapons, to capture them. What made it even harder was that the Seljuk armies could not always come to Anatolia to protect their fellow Turkmens. 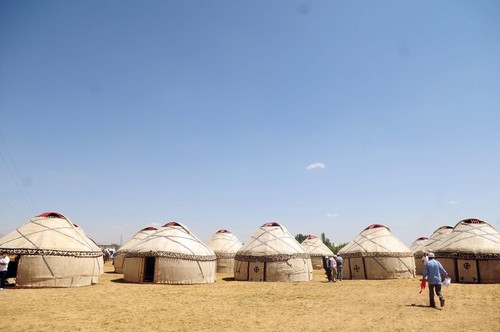 The Turkish victory in the Battle of Manzikert is still celebrated by Turks in Muﬂ's Malazgirt district. As a part of the celebrations, Old Turkic tents are erected and scenes from the battle are re-enacted.

İbrahim Yinal, the stepbrother of the great Seljuk ruler Tuğrul Bey, sent the Turkmens who came to Nishapur to Anatolia in 1047, promising that he would follow. Meanwhile, the forces under the command of Hasan Bey from the Seljuk dynasty also took action to seize the Lake Van basin. In Vaspurakan, Byzantine Gov. Aaron defeated the Seljuks in an ambush around the Great Zap River.

In the battle, Hasan Bey was also martyred. İbrahim Yinal and Kutalmış, who came to Anatolia with a large army following this incident, defeated the Byzantine forces at Hasankale on the Pasin Plain on Sep. 18, 1048. Thanks to this victory, the Turkmens had the chance to spread in Anatolia and went as far as Trabzon.

The Turkmens, who started spreading to Anatolia after the Victory of Hasankale in 1048, took Sivas and Malatya in 1059. Alp Arslan conquered Kars in 1064. By 1067, Kayseri, Niksar and Konya had already been conquered. In 1068, Afsin Bey crossed Anatolia from side to side, reaching the Bosporus.

Attack after the Friday prayer

The Byzantine emperor Romanos IV Diogenes acted against the Turkmens who spread to Anatolia after 1068. Despite his efforts, the emperor was not able to achieve the desired success. Moving forward, he prepared a great army of 200,000 soldiers and set out on March 13, 1071 after a ceremony at Hagia Sophia. Besides warriors from different nations, there were Christianized Uz, Kipchak and Pecenek Turks that were among the ranks.

In the meantime, Alp Arslan set out on a campaign to Egypt. When Alp Arslan heard about the operation of the Byzantine army, he cut his Egyptian campaign short and moved toward Anatolia. Thousands of Muslim soldiers from different nations joined Alp Arslan's army. Among these were the Kurdish units of the Marwanids, who were the subject of the Seljuks.

The two armies met in the Rahve Plain between Manzikert (near modern Malazgirt) and Ahlat.

On Aug. 26, 1071, Seljuk ruler Alp Arslan adhered to the advice of Abu Nasr Muhammad to attack the enemy at noon on Friday. After the Friday prayer, Alp Arslan faced his army in a white gown, and said, "Let this be my shroud if I die. I want to attack the enemy today, when Muslims everywhere are praying for us in the mosques. If we win, the result we desire will be realized. If we are defeated, we will go to heaven as martyrs. Here there is neither a sultan who orders nor a soldier who takes orders. I will fight by your side as one of you. Those who want to come with me should follow, those who do not want can leave freely."

Within a few hours of the first charge, the sultan's soldiers succeeded in pulling the Byzantine central forces, led by Romanos IV Diogenes, to an ambush with a fake retreat that Alp Arslan personally supervised. While the Seljuk cavalry launched the attack in the ambush, Alp Arslan turned his withdrawing forces and led them to attack.

It was too late when the emperor realized his fault. Even though Romanos IV Diogenes asked for help from the left-hand side, the Seljuk cavalry prevented it.

In the meantime, Turkish soldiers, who constituted the majority of the right-wing forces of the army, passed to the side of the Seljuks, which caused the disintegration of the Byzantine army. In the face of this situation, although the emperor wanted to pull back the troops and recover from behind the headquarters, his retreat was taken as an escape, and first the standby forces and then the Armenian troops left the battlefield. The Byzantines were handed a heavy defeat in the Battle of Manzikert. A large portion of the army was slaughtered, the emperor and a large number of generals were taken prisoner, and only a few of the soldiers were able to save their lives.

The victory in the Battle of Manzikert on Aug. 26, 1071 destroyed the Byzantine army and resistance, opening the doors of Anatolia to the Turkmens. This great blow received by the Byzantines enabled the Turkmens to spread to Anatolia. As a result of the influx of Turks to Anatolia, this land came to be known as Turkey in Europe.