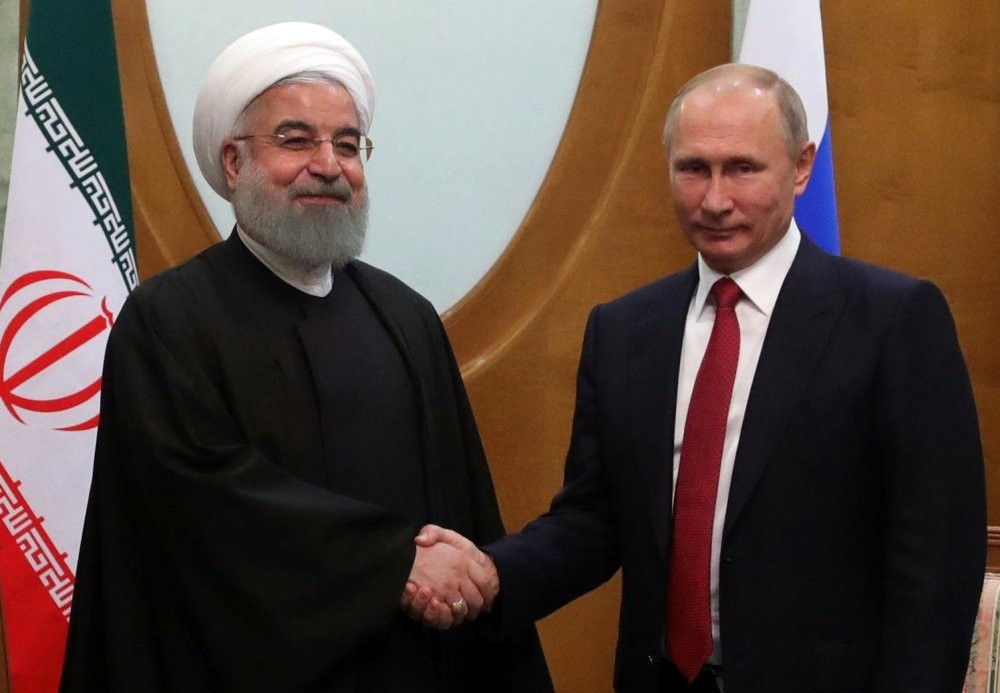 The civil war in Syria will come to an end eventually and once the war is over, it is a mystery whether Iran and, Russia will remain allies or turn on each other

Prior to Russian jets entering Syrian airspace and pounding rebels in key cities in late September 2016, there was a rumor circulating that the head of the Quds Force, the paramilitary branch of Iran's Islamic Revolutionary Guard Corps (IRGC), Maj. Gen. Qasem Soleimani had traveled to Russia and spoken with President Vladimir Putin and senior military and security officials in July 2015. At that time, the rumor dominated almost every media outlet writing about the Arab Spring and the Middle East.

Things became awkward when officials from each country both approved and disavowed Soleimani's mystery visit. While Fars News Agency announced that Soleimani had visited Moscow, a Kremlin official denied it. Whether Soleimani actually visited Moscow or not remains a mystery. Lebanese TV channel Al Mayadeen claimed that Soleimani's visit to Moscow convinced Putin to send Russian fighter jets to Syria, which was a major turning point for the future of Syria. The architect of this new stage of the war could have been either Putin or Bashar Assad, but the shadowy architect was Iran, more specifically Soleimani and the Quds Force - a division primarily responsible for the IRGC's cross-border operations.

Soleimani's debated visit to Moscow could possibly be acknowledgement of Russia's return to the Middle East, if it is not just a rumor. According to Kerim Has, an expert on Eurasian politics at Moscow State University, it is possible that Russian intervention in Syria was accelerated by initial contact between Iranian and Syrian officials. He added that plans for a Russian air base in Syria had been launched even earlier.

While the future role and position of Iran and its IRGC in Syria is still very much a debated issue, what is for certain is the spread of Iran's influence through the thinnest capillaries of the Middle East. Iran has involved itself deeply in Syria's civil war. Even a senior IRGC commander and several generals have been killed while fighting Daesh militants in Syria in the last year.

It is more than obvious that both Russian and Iranian military interventions in the Syrian war are redrawing lines on the ground and cultivating each other on a bilateral basis. So far, Russian jets, the Syrian military and Iranian paramilitary forces have done very well both on the ground and in international platforms like the Astana talks. The efficiency of the Astana talks is debatable, but the talks came as a godsend for Iran, Syria and Turkey, which managed to strike bargains for the establishment of de-escalation zones. Additionally, U.N.-backed talks in Geneva got kind of got bogged down. Nevertheless, maintenance of a cordial relationship between Russia and Iran is debatable for a post-war settlement since the countries have both declared that Daesh has been defeated. While the battlefield is dominated by constantly evolving power dynamics, jumping to preconceived conclusions does not work in the Middle East.

There are two interpretations of the future relationship between Iran and Russia. According to Hakkı Uygur, vice-director of the Center for Iranian Studies, Iran's enormous struggle to sway the region might drive a wedge between Tehran and Moscow in the long run. Russia has a stronger grasp of the real political game in the region than Iran. Furthermore, Iran disagrees with Russia on certain terms, such as providing Turkey room to maneuver in Afrin. Therefore, disagreements between the two countries regarding the political future of Syria are inevitable.

Tehran and Moscow have managed to converge in mutually beneficial situations in Syria so far. However, the win-win principle cannot proceed while the actors are constantly changing over time on shaky ground. For instance, at the beginning, the IRGC hoped to spread Iran's influence in Syria, but now it also aspires to transform its proxies into a legal political force that could pose a threat to Iran's cordial relationship with Moscow in the long run. Journalist Çetiner Çetin from Habertürk has confirmed the IRGC's sociological transformation. He proposed that Russia does not care about Iran's expansionist politics at all. Iran applied the same practices in Iraq and Lebanon, where it inserted Hezbollah as an intrinsic part of Lebanon's political fabric, and hopes to repeat the same process in Syria. He added that Russia is pushing its own agenda and, therefore, does not care about Iran's methods, which are based on transforming its proxies into institutionalized military-political forces in Syria.

A post-war settlement will unfold like a proxy-state political chess game in Syria. Nevertheless, Iran has obvious advantages. Through its ties with Afghan and Pakistani Shiite communities, Iran's various militants and proxies were able to establish a strong presence in Syria over the past seven years. Moreover, Iran is the most experienced country in the Middle East when it comes to running proxy wars. While other Middle Eastern countries such as Saudi Arabia or Egypt possess conventional military capabilities, Iran prefers to intervene by pursuing a regional proxy war.

According to Has, rather than the positions of Iranian proxies, the most likely issues that might lead to a split between Iran and Russia are the post-political transition period, the sovereignty of Syria, positions of opposition groups, features of the new state's apparatus, center-periphery relations, the military presence of foreign countries and the control of energy resources. He added that in the long run, Iran will probably emerge as Russia's rival in energy geopolitics in the region. Taking into consideration Russia's investments in Mediterranean gas reserves, the strategy chosen regarding collaborating with foreign consortiums overlaps with Russia's high-stake energy geopolitics.

In the future, Iran will be unwilling to give up power and will want to settle scores over the years that it has invested in by the means of asymmetric capabilities based on its proxy militias. Iran believe that it is a big power in the Middle East and it is not to be excluded from the region. Even though the U.S. and Israel are sternly opposed to any permanent Iranian presence in post-war Syria, Iran has exploited the Daesh threat as a golden opportunity, so much so that Western powers have even reacted positively to its role in fighting the terrorist group. According to Çetin, the best-case scenario regarding the future of Iran in Syria means that Iran will probably stay in Syria for at least 50 years. This is not surprising since Iran has a knack for taking advantage of internal fissures and denominational grievances across the region, which sets it apart from its sworn enemies. Finally, he said that Russia neither fights for nor gives up on Iran because as long as Iran keeps the prominent actors busy on the battle field, Russia is able gain ground to maneuver and exercise its sovereignty to dominate the region.

After nearly seven years of relentless conflict, the war in Syria is finally easing. One day in the not-too-distant future, all the warring factions will take off their masks one by one. It is also possible to see the warring sides reconsidering as well as provisory partnerships about to terminate. It is the Middle East, and no one can really know or predict upcoming bargains or rifts. It seems that even Russia and Iran, which have been allies so far in the region, could come up with a growing range of economic and geopolitical fissures. Let's see who will light the match.