An appearance story: What women want vs everyone else's expectations 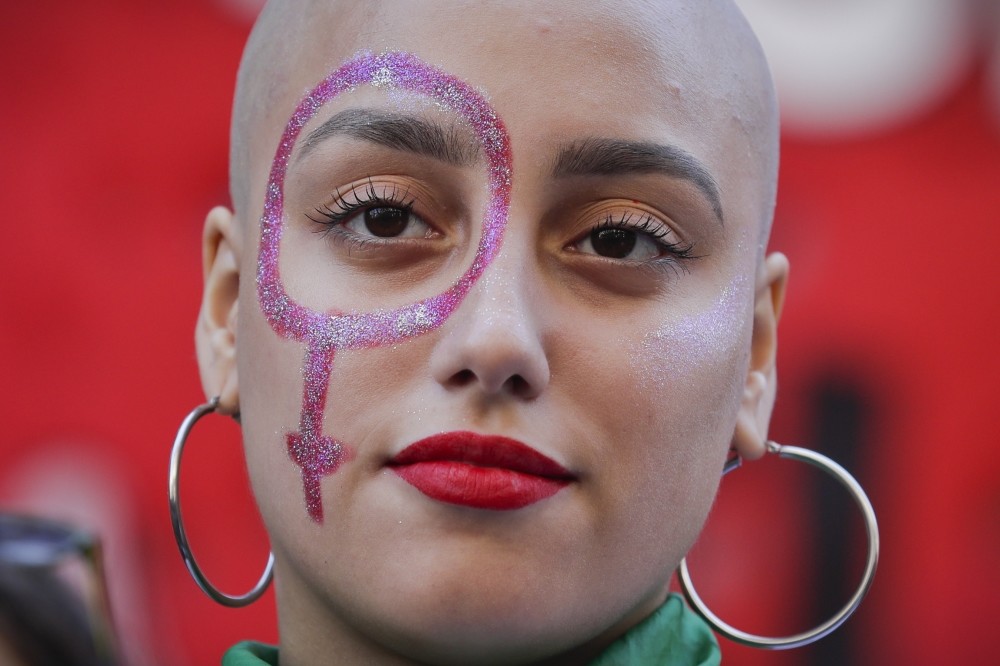 Today is March 8, the day people from all over the world finally stop and think about womanhood once in a year. It is not an easy process for the most part for a serious thinker, since it is a topic that has too many angles to take into consideration with many delicate issues to handle. Before anything, it is a topic that witnesses one of the longest histories of struggling for equality and liberty, which is a whole matter of discussion even by itself. It is a topic that includes a wide range of issues that are waiting to be discussed, from domestic violence to the glass ceiling syndrome.

However, among all these delicate issues, womanhood has one aspect that is often lost among the other matters of higher importance: The appearance of a woman or, to be more clear, how a woman should look?

It is not quite fair to say that the appearance of a woman is a topic that is totally out of the question when it comes to discussions on women and womanhood. Actually, the appearance of a woman is often talked among circles that consist of both men and women. To be frank, it is a subject that everyone sees the right to talk about themselves but often fail to come up with a valuable point.

However, apart from a part of the feminist literature that tries to handle that issue more academically and objectively, there is high chance that the remarks on a woman's look either have a mocking, degrading or sexist connotation. That is to say, the appearance of women is usually used against women as a weapon to attack them by both the opposite sex and women themselves.

For them, if you wear flashy clothes and makeup, you try to attract other people by using your womanhood. Similarly, if you wear simple clothes with no makeup, you are unkempt and lack self-love. If you wear revealing clothes, people would come up with ugly names for you and if you wear modest clothes you would be accused of being a prude. These criticisms are used so groundlessly by many without even thinking properly on it that they are often suitable to be used easily interchangeably.

For instance, wearing makeup may also mean that you do not love yourself since you feel the "necessity" to paint your face. If you are too beautiful, there is a high chance that you are not very clever. If you are not fitting into the beauty standards of society, well, no one cares about your intelligence. Even some feminist circles do not mind criticizing women for their looks; some, for instance, implying that putting too much effort into your looks would mean you inner life is shallow.

These criticisms, which are full of adjectives that aim to classify women into different forms of categories while subjectifying them basing on their looks, confront us in almost every aspect of life.

All these remarks on a women's appearance have the connotation of belittling a woman's own judgement on her own body and look as well as her capacity to decide on her own behalf. Almost every woman from almost any place in the world has to deal with expectations, criticisms, restrictions and endless discussions on their appearance since the day they born until the day die.

Even if you manage to live criticism-free in your family, your school life welcomes you with rules and doctrines. In high school, for instance, some schools forbid wearing skirts by claiming that it is too feminine while others forbid pants for the same reason - that skirts are what fits women best. If you can skip school without damage, there are many other parts of your life that wait to keep you in line and fit you into their definition of a "perfect woman."

Shockingly, up until recently, among all the other matters, the hottest topic in Turkish political life was on a female clothing piece: The good old headscarf. Although having attributed to many meanings by many different points of view over time, ultimately it was an accessory for women, regardless of why and how she wears it, or not.

Women who wear a headscarf were forbidden to be present in public life. They were even unable to go to college, which caused thousands of women to give up on their education, resulting in a loss of a generation intellectually. Today, those days are over and it is not a problem in Turkey to wear a headscarf. Or, is it?

Well, for the most part, yes. Today, there is nothing that women wearing a headscarf cannot do legally. However, since it is a piece of clothing that is used generally for religious reasons, the headscarf and the women who wears it do not face criticism by only people that are against it for political or religious reasons but also people who defend it wholeheartedly for the exact same reasons. How do you wear the scarf? Is it in accordance with the Holy Book? What about your other clothing ? Are they in accordance with the headscarf itself? Are they appropriate for a woman who wears a headscarf? Are you wearing makeup wit

h your headscarf? Are you aware that you are not any kind of women, but a woman who wears a headscarf and because of this, needs to face special treatment and criticism process? These are a few of the questions that an average woman with a headscarf may confront in her daily life in terms of her look. The ironic thing is the fact that all these questions have different answers that change depending on the one who asks, since they all are controversial topics.

However, in terms of a woman who is expected to confront all these criticisms on her look, there is only one proper answer: Doing whatever her heart desires. A woman should be able to decide for herself no matter what, with the aim of empowering herself even more. The goal of empowerment can have a reflection in every part of a woman's daily life, including fashion and makeup. Both industries have come a long way in removing the limits that restrict women by, for instance, welcoming "marginal" designs and offering a huge variety of options to choose from. The key in empowerment is to liberate yourself and think freely to come up with your own style while acknowledging that there is no such a thing as an ideal, perfect woman or look.

There is no way to make everyone happy and satisfied, which is why your own satisfaction with yourself comes before anything else. This is your life, your world, your opportunities, your challenges and struggles.

There is no point in letting anyone judge you by their own values since it would not serve any purpose other than making you forget your own self. Do you want a style that is based on your liking although it is not in accordance with contemporary values? Go for it! Do you want it to be based on your religious values? That's great! Do you want to express your views with your appearance? It's okay too! You want to wear bold red lipstick? Or an abaya that covers your whole body? Just do it! Everything is fully compatible with your womanhood, as long as you do you.