Women in War and Peace 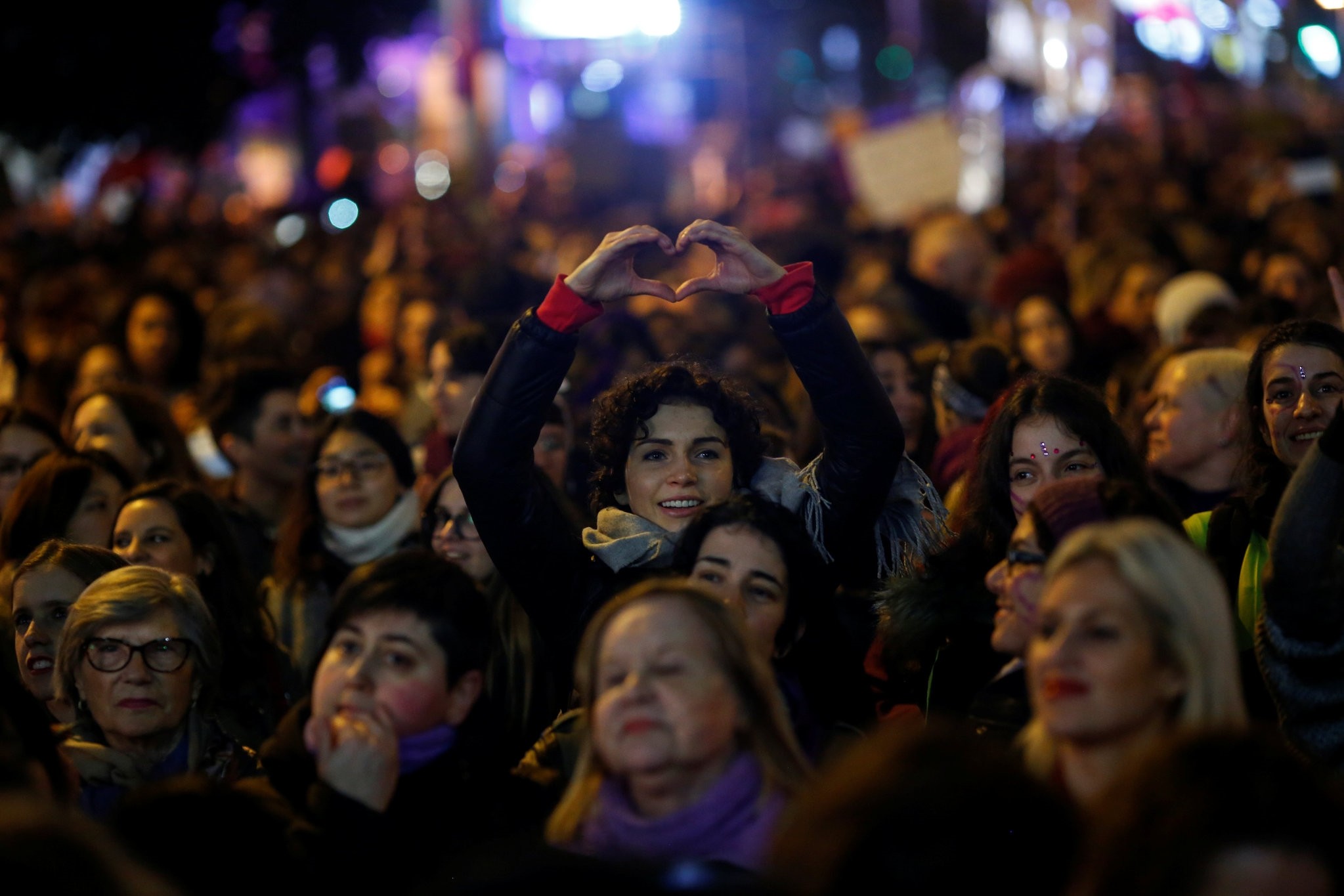 Protesters take part in a demonstration during a nationwide feminist strike on International Womenu2019s Day in Madrid, Spain, March 8, 2018.
by Jane Louise Kandur Mar 10, 2018 12:00 am

Thursday, March 8 was International Women's Day, and; in today's world, women play important roles in every sector of society, from teachers to doctors, CEOs to judges, active and driving society forward

It is a truism that women are the driving force of society. Approximately 50 percent of all societies is made up of women. It is women who give birth and raise the next generation. No society can survive without women. While there is still not enough recognition of the role women do and must play, and while the glass ceiling is still far too thick and resilient, women are making slow but steady headway. Yet the conflict resolution process is one of the places where the presence of women is sadly lacking, but absolutely necessary. Resolution processes, peace talks and treaties are usually conducted with little if any contribution from women.

Last week in Istanbul the Democratic Progress Institute (DPI) held a round table on this issue. Attendants came from different European countries, the United States, Columbia and Turkey. The Turkish participants came from Istanbul, Ankara, Mardin and Diyarbakır, among other cities.

The conversation was fascinating. The people round the table were erudite, well-informed and articulate. They were, naturally, mostly women, with two or three token men.

The burning question is why discuss conflict resolution at a time in Turkey when a solution for the complicated multiple problems could not seem further away?

And why need there be such an emphasis on the role of women in conflict resolution? Is it really necessary to have a fair representation of women in the process, or is it necessary at all? Throughout history treaties and peace talks have been carried out without women, and they have succeeded to some extent, haven't they?

Let's deal with the first question first. The resolution process in Turkey was a time of great hope for the future; however, it collapsed after just a few years due to the refusal of the PKK to put down arms. By attacking off-duty police and military personnel, the PKK destroyed the process. The matter quickly escalated, and with the treachery of the Gülenist Terror Group (FETÖ) terrorists Turkey found itself in an unenviable situation.

In order for there to be peace, the terrorist groups with which a state is negotiating must be ready to come to the table. If we look at the most recent resolution process success story, Columbia, it was not until the state had fought an intense war with the Revolutionary Armed Forces of Colombia (FARC) militants, severely diminishing their numbers, that the insurgent group was ready to come to the table to talk. If terrorists are left with no other choice, they will come to the table. But they will not come to talk until then. They would not be terrorists if this were not the case; they would use other strategies to negotiate and gain their ends. Terrorists use violence, death and fear to try to force the state's hand. The state, wherever it may be, must answer by protecting its citizens and territory. Only when the terrorists see that there is no other way out will they agree to down arms and come to the table. 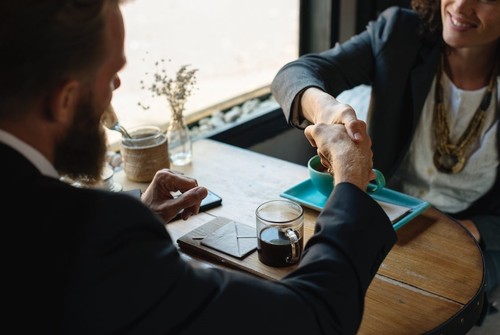 Women's participation in conflict resolution makes the process easier as women are better at building support and legitimacy.

At the same time, any war against a terrorist group must have as its aim eventual resolution and peace talks. This is not an easy task, as the public can often be against any resolution process, especially as questions of amnesty for the terrorists and their inclusion in the political process are usually matters on the table for discussion. The public, be it in Ireland, Columbia or Turkey, has witnessed decades of violence, senseless deaths, economic hardship and a general atmosphere of unrest. Naturally, no one wants the violence to continue, but the general public has a hard time accepting any idea of amnesty or inclusion. There is rather a desire to settle accounts and to have people pay for their crimes. But no terrorist group will sit down at the table to negotiate their own prison terms. Both sides must have something to gain from the process.

This is the perfect time to discuss a possible resolution of the conflicts in Turkey. The only end to the conflict with the PKK at the moment can be to resolve the conflict. It has gone on too long and it has taken too many lives. But first the PKK must be convinced that there is no other option. This is only possible with military action, and this is what the Turkish army is doing.

But then we come to the second question. Why must women play a significant role in the resolution process? First of all, women and men are impacted by conflict in different ways. Obviously, more men are involved in the actual fighting, even though women are recruited to fight by both the state military and the terrorist groups. But the need for women in negotiations goes beyond their natural right to be at the table.

Women's participation in conflict resolution ensures that the process can be more inclusive. More views will come to the table, and as a result, any agreement reached will be more acceptable to a greater sector of society, and thus be more likely to be sustainable. Women help to build public support and legitimacy, as they are often better able to inform the public of the process, through civil society organizations (CSOs) and other groups. By working to increase the legitimacy in society, public confidence in the process increases.

The fact that women constitute half of every society means that obviously women play an important role in the conflict resolution process. Women often are able to act as advocates for peace, and work as relief workers and mediators.

Many countries in Africa and South America, as well as in Europe have included women at some stage in the peace process. However, efforts to bring women into leading roles or, "to foreground the perspectives of women," are not the norm. There are a number of reasons why women are not being enabled to take leading roles in conflict resolution and peacebuilding.

According to one expert at the DPI round table, all conflict issues are in some way "women's issues." Be they concerned with education, health, security, economy or industry, women have something to say.

Turkey, unfortunately, is a country that is often misread on women's issues. There is a tendency to take an Orientalist view of the country. The majority of the people in Turkey are Muslim, therefore the 'only possible' conclusion is that women must be severely oppressed here. Yes, in Turkey there is a need for a greater number of women to be included in every walk of life. But this is true in every country in the world. The number of members of parliament in Turkey has risen greatly in recent years, but there is a need for greater representation. In Turkey, there is a high proportion of women judges, women doctors, women academics, women engineers, and women CEOs. According to a 2014 study, Turkey has the second highest rate of female CEOs in the world, surpassed only by Norway. Turkey is in much the same position as most Western countries vis-à-vis women's contribution to overall society.

There are some interesting statistics about why the participation of women in the resolution process is vital. When there is participation by CSOs, including women's organizations, a peace agreement is 64 percent more likely to succeed. Research has also demonstrated that when women participate in the peace process any resulting agreement is 35 percent more likely to last at least more than a decade. Another fact is that women have access to sectors of society and areas which are generally difficult for men access.

Yet, the statistics tell us the other side of the story. From 1990-2017 women have made up 2 percent of mediators in peace processes, while they have made up only 5 percent of witnesses and signatories, and a mere 8 percent of negotiators. Most peace agreements signed over the last 30 years have had no female signatories, and most make no reference to women, nor address matters that directly concern them, including gender-based violence.

General John Allen, president of the Brookings Institution and former commander of the North Atlantic Treaty Organization (NATO) International Security Assistance Force and U.S. Forces in Afghanistan, stated that: "No society has ever successfully transitioned from being a conflict-ridden society to a developing society unless women were a part of the mainstream."

Countries that have made room for women in the peace process include Colombia. In the 2016 peace treaty, 33 percent of the participants in the conflict resolution in Colombia were women.

In Israel, 25 percent of the participants in the ongoing discussions between Palestine and Israel are women.

In Myanmar, 17 percent of the participants in the resolution process are women.

During the talks for the Northern Ireland Good Friday peace agreement 2 percent of the participants were women.

In Syria, during the ongoing talks only 16 percent of the participants are women. And it is becoming more and more clear with every passing day how much the women in Syria are suffering.

It is the right time for the idea of a possible resolution to Turkey's problems to start to be discussed.

Although it might seem that peace cannot be further away, this is the perfect time to start to plant the seeds of resolution, of peace talks, of coming to terms. It is also the right time to ensure that women are at the table, that they play the necessary role in the talks. If women are not included from the very beginning the entire process of hammering out a peace will be even more difficult.