The Meaning of Martyrdom 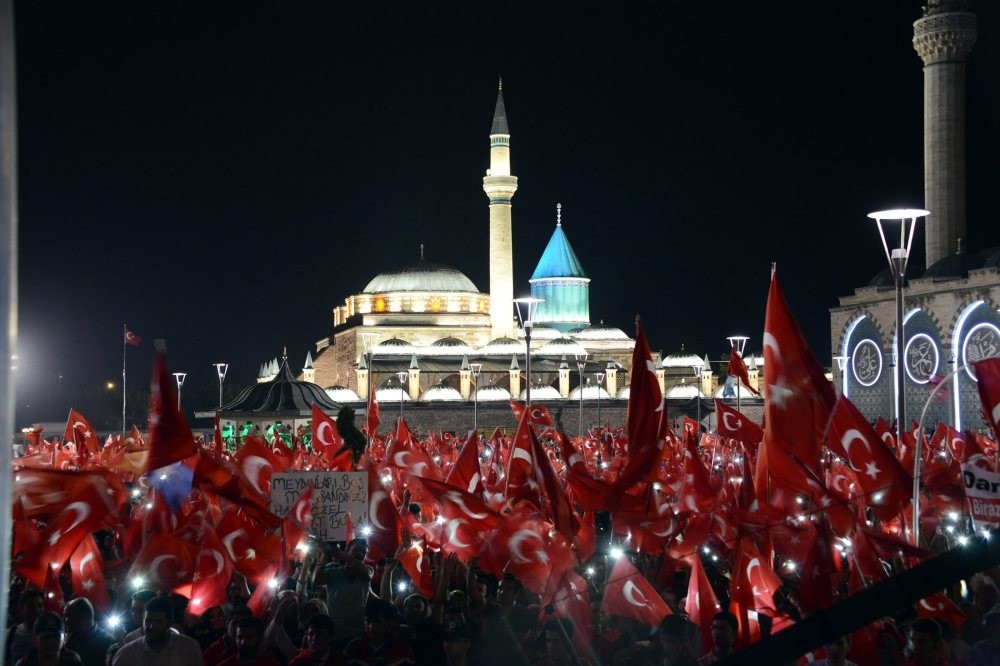 People gather around Adana Mosque as a part of democracy watch after the failed coup attempt orchestrated by the Gu00fclenist Terror Group (FETu00d6). Turkish people gathered in public squared and mosque courtyards to show their support for democracy.
by Jane Louise Kandur Mar 17, 2018 12:00 am

We so often hear the statement that Muslims long to die and go to heaven, looking for reasons to become martyrs. But this is a misrepresentation of reality - there is little difference between how Muslims and Christians look at martyrdom

It has been reported that Hassan Nasrallah, the leader of Hezbollah, stated that Muslims were "Going to win, because they [non-Muslims] love life and we love death ... each of us lives his days and nights hoping more than anything to be killed for the sake of Allah." Osama bin Laden also told a reporter that: "We love death. The U.S. loves life. That is the big difference between us."

From such extreme statements the idea that there is a vast difference in how devout Christians view martyrdom and how Muslims perceive it has been extrapolated.

In the Bible, Acts 5:41 we are told that, "So they departed from the presence of the council, rejoicing that they were counted worthy to suffer shame for His name." That is, Christians considered it an honor to suffer and/or die for the sake of Christ. According to one commentator, herein lies the difference between Christian martyrs and Muslim martyrs. Christian martyrs die to save, not to kill. Muslims, these commentators claim, blow themselves up to attain heaven. It is also said that Christians do not die merely for the secondary benefits of paradise, but because they want to be with Christ.

Christian martyrs often faced execution if they refused to deny their religion. It is for this reason that those who died for their faith are considered martyrs, like St Valentine. Such martyrs did not kill themselves, but rather refused to betray their beliefs, preferring to die. G.K. Chesterton stated that the Christian "must desire life like water and yet drink death like wine."

Islam is actually no different. In the Quran it is clearly stated that Muslims must not take their own lives in any way. To do so would be to question Allah's will and to refuse his mercy. In the Quran it is also stated that anyone who takes an innocent life will receive the same punishment as if they had killed all of humanity.

The problem here lies in that non-Muslims in the West are heeding the extremists who have hijacked Islam. Such extremists try to justify suicide bombings by making nonsensical and non-Islamic statements such as, "The one who blows up the enemies of Allah by blowing up himself ... cannot be considered a suicide ... he is ... a martyr."

Such a sentiment is in direct contradiction with the Quran, the Hadiths and Islamic tradition. To blow one's self up and to take the lives of others in doing so is in no way defending one's religion or one's nation. Blowing oneself up means that innocent people will suffer. And the punishment for taking an innocent life is the same as the punishment for killing all of humanity.

The confusion has arisen only in that certain so-called scholars and commentators have decided to believe the rambling statements of extremists. Such extremists only cherry-pick that which suits them from the Quran. They do not examine the Quran as a whole, nor the teachings of Prophet Muhammad.

This conflict between reality and the preferred perception of Muslims has been discussed by many erudite and intelligent people. But all the talk in the world will change little. Sometimes a concrete example is necessary. The other day I heard a story that sheds a brilliant illuminating light on the entire issue.

The speaker, a teacher, came onto the stage, greeting everyone with a large smile. He cracked one or two jokes to warm up the audience.

And then with great mastery he wove his story.

A couple of summers ago, our narrator started, my friends and I decided to head out to Anatolia. We went to a small village. In the village, there was a family who had recently lost a loved one and were receiving condolences. We decided to stop by and pay our respects.

While sitting with the family outside the house, our narrator turned to the head of the household and asked to have a tour of the house. The elderly gentleman jumped up with alacrity. He was more than happy to show the visitors from Istanbul around. Proudly taking him in the gate, he showed our friend the high walls, which had obviously recently been renovated. "My son made the walls higher - to give the family greater privacy, so they could sit in the courtyard and spend more time together."

Then the father showed our friend the chicken coop. It was a huge coop, but housed only four or five chickens. "My son built this to house more chickens - this is the beginning of a much larger flock. We will be able to collect the eggs and eat them for breakfast. This is part of his retirement plan."

Then the father took our friend to see some fields. Not questioning why they were going to see fields, my friend tagged along. In the field were over 100 apple trees. "Last summer my son came and planted these, and then did the same in his uncle's garden. He said, "When I retire, we can have a picnic under these trees."

The son had many plans for his retirement. He had done all this work just a little before he received a fateful phone call on the night of July 15, 2016.

Before this phone call, the son, Ömer Halisdemir, himself had made a phone call to his commanding officer. He reported unusual activity at the base, wondering if there were any orders. His commanding officer, Zekai Aksakallı, told him that he knew of nothing, and they finished their phone call. Shortly after Aksakalli called Halisdemir and said: "I am giving you a duty that will go down in the history of our nation. Brig. Gen. Semih Terzi is a traitor, a rebel. Kill him before he can enter the base. This task will result in martyrdom. We have worked together for 20 years ... I know you well. Hakkını helal et [If I have offended you or trespassed upon your rights, intentionally or otherwise, please forgive me]." 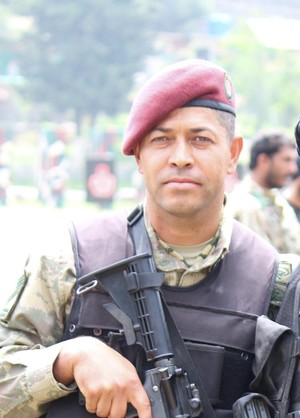 Halisdemir had not planned on kil

We then went to sit outside the house with the father again. A general was there. He stood up, shook the father's hand and asked if there was anything the father wanted from him.

"Thank you my son. We are fine," the father replied.

Then it was the turn of the governor to ask permission to leave. Turning to the father, the governor asked if there was anything he could do for the family.

"Thank you my son. We are fine" the father replied.

Then it was the turn of the mayor. He stood up, and paid his respects. "Is there anything we can do for you?"

"Thank you my son. We are fine," was the reply.

Then it was the turn of our narrator.

"Sir, it is time for us to go. Thank you for your hospitality. Is there anything we can do for you?"

Of course, our friend assumed that the answer would be no. There was nothing that the general, the governor or the mayor could do for the family. What could a mere humble teacher do? But for form's sake, he was compelled to ask.

But the father grabbed our friend's shoulder. Our narrator's blood burned, and he felt his shoulder turn to stone. He knew that there was to be a duty given to him.

"My son, you are a teacher. You can teach Ömer's story. You can tell people what he was like. You can help educate and raise more Ömers, more Ömers to defend this country."

Taking this duty to heart, our friend left. On their way out of the town, they stopped at a small cafe to get a quick snack. A young boy brought them their tea. Shyly he stood by the table, looking up at these strangers from Istanbul.

After engaging the young lad in conversation, our friend asked him what the boy wanted to be when he grew up.

Without a moment's hesitation the boy answered, "A soldier, uncle."

"Why a soldier?! Don't you know that soldiers are getting killed every day?" our friend asked.

"Uncle, they are not dying. They are becoming martyrs."

Dying to protect your country is not something any sane person plans. They do not dream about it. However, it is a great honor. Martyrdom is given to those who are willing to die to prevent a greater harm from happening. Martyrdom is not about bombs or taking lives. It is about putting down one's life to save more lives.

And this is what happened on the night of July 15, 2016. Thousands of people turned out to defend their country, to defend their democracy. They were not planning to die. But thousands turned to their families, to their wives or husbands and said, "I am prepared to die tonight." This did not mean they wanted to die, but they were willing make the ultimate sacrifice for the love of their country, for the future of their children, for the safety and security of their fellow citizens.

This is heroism. This is martyrdom. This is love for one's country and nation. This is the motion that drives Turkey forward and unites Turkey as a nation. Unfortunately, this is something that many in the West still cannot comprehend, and they try to find alternative explanations as to why men, women, elderly and children are willing to lay down their lives for the sake of their nation.