Mardin: A wellspring of history, art and culture 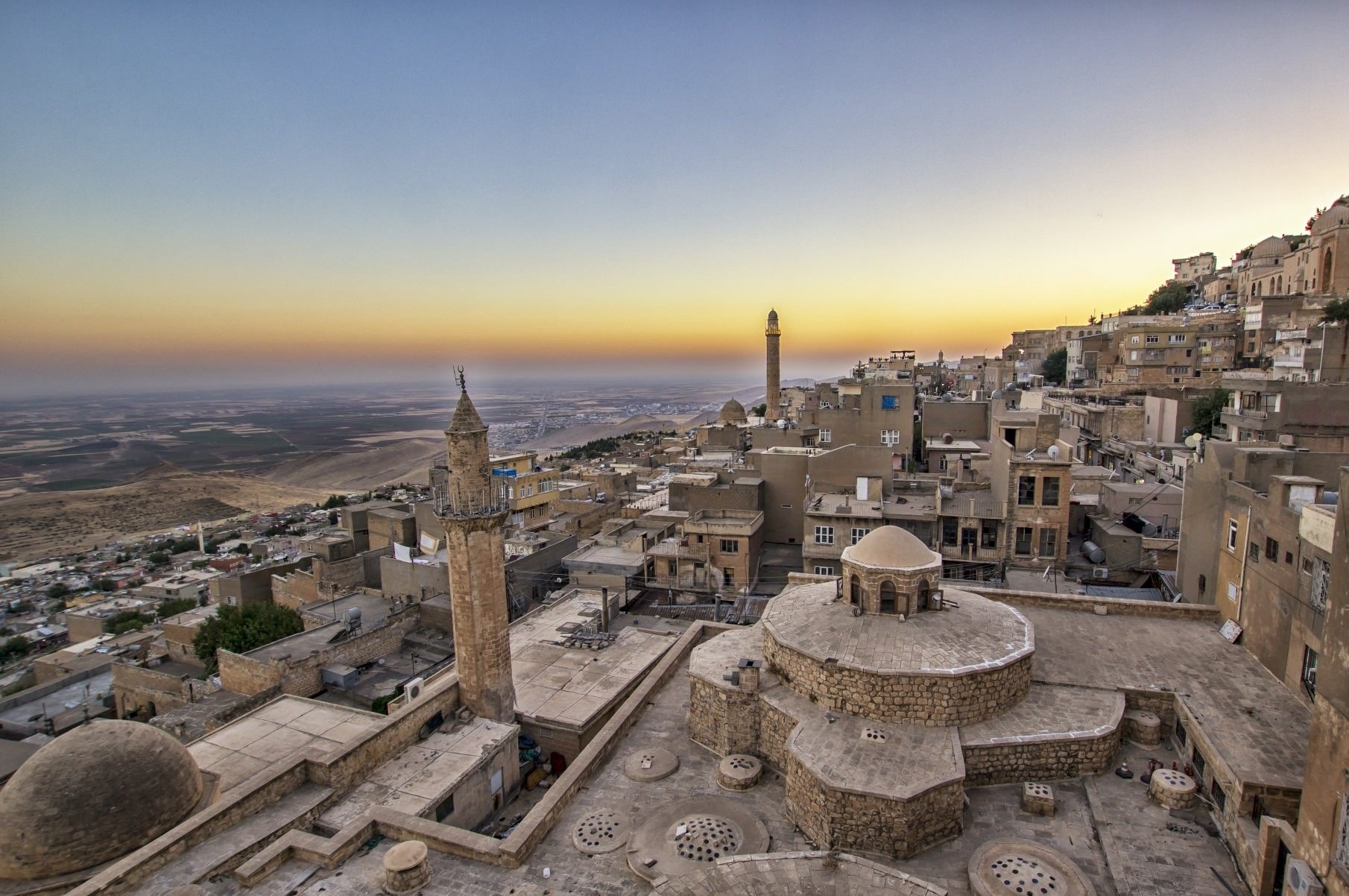 Situated in the endless Mesopotamian plain, Mardin mesmerizes its visitors in every turn with its narrow streets and stone houses.
by Murat Şengül Mar 24, 2018 12:00 am

Mardin is one of the first places that comes to mind when an opportunity to travel to southeastern Turkey arises, and with a wealth of art, history and nature, Mardin is surely a place to visit at least once

Having been home to many civilizations through history, Mardin is a favorite of local and foreign tourists due to its history and architecture. It has several cultural, historical and natural draws, such as stone houses, filigree, narrow streets, historical and cultural places, inns and wonderful cuisine. These are just some aspects of the city. We arrived in the beautiful city of Mardin after a two-hour flight. We reached the city center after a short, half-hour car drive. Donkeys are common in the city as the streets are narrow and steep, and you see them when you are wandering around.

Visually striking Mardin has a very impressive old town below a fortress. It mesmerizes visitors with its narrow streets, stone houses and long views of plains. Those who see the endless Mesopotamian plain for the first time and those living in the city say that if you watch the plain at night from the same place, you can feel as if you are in the middle of a sea since a car going in the middle of this broad plain looks like a ship in the middle of the water. Mardin continues to be the focus of not only tourists, but also the TV series. Many series have been filmed in the city. Accommodation in Mardin is another experience. Although there are many luxury hotels, those who want to feel the city's ambiance generally stay in stone houses converted into hotels. These 1,000-year-old hotels built with thick stones are a unique view into the city's history.

The city's handicrafts are well-known. The filigree specific to the city is the most important. The impressive pieces of filigree, which arose in the Middle East and spread from Mardin, literally mesmerizes visitors. Mardin still continues to reveal high-quality filigree products, and has the rarest filigree pieces and talented filigree masters. Along with filigree, jewelry, point lace, mother of pearl inlay, stone carving and felting are the handicrafts that are sustained in the city. Even if you do not have much time, you should see the historical and cultural places in the city center.

The mosque, which is one of the important sites of the city, is an examples of Artuqid architecture. With a cusped dome and minaret, it is the symbol of Mardin. It was built with two minarets and has only a dome today. The present minaret of the mosque, which was built in 1176, was built from 1888 to 1889 in a new style. It is an important example of a mosque plan and form that appeared at the time especially in this region and is transversely large with a dome before its mihrab. The dome was made with the threading technique. This technique was used for the first time on this mosque.

Dayro d-Mor Hananyo, an important center of Syriac Christianity, is another must-see site. The three-story monastery, which was home to Assyrian Orthodox patriarchs for 640 years until 1932, gained today's look in the 18th century with additions in different periods starting from the fifth century. After Ananias of Damascus, who was the bishop of Mardin and Kefertüth, started a big restoration of the monastery in 793, it started to be called the Monastery of St. Ananias. Later, it was called the Saffron Monastery because of the crocuses growing around the monastery. The building, which has beautiful architecture fir its domes, arched columns, wooden ornaments, and stone decorations, was one of the religious education centers of the Syriac Orthodox Church for a long time. Having been home to bishops of Mardin, it is still one of the important religious centers for the Syriac Church today.

Melik Necmettin Isa Muzaffer Davud bin al-Melik Saleh, the last Artuqid ruler reigning in Mardin, had the Zinciriye Madrasah built. It has a high monumental portal and cusped domes on its eastern and western sides. The upstairs is mostly small rooms. These are the rooms of those who were educated at the madrasah in the past. Melik Necmeddin Isa was jailed there for a period while fighting against Timur, who was seen in Mardin for the first time in 1387 and 1401.

Mardin has a rich cuisine. It is possible to taste many different dishes at the restaurants and kebab shops in the city. Kibbeh, işkembe dolması, onion kebab and stuffed lamb ribs are just some of them. Mardin çöreği is a local pastry. All the meat is very delicious in this city. One of the places that you can get meat is the Rido kebab shop. It is nearly impossible to describe the delicious taste of its meat, all of which is raised locally.