That was Turkey, but this is Turkey 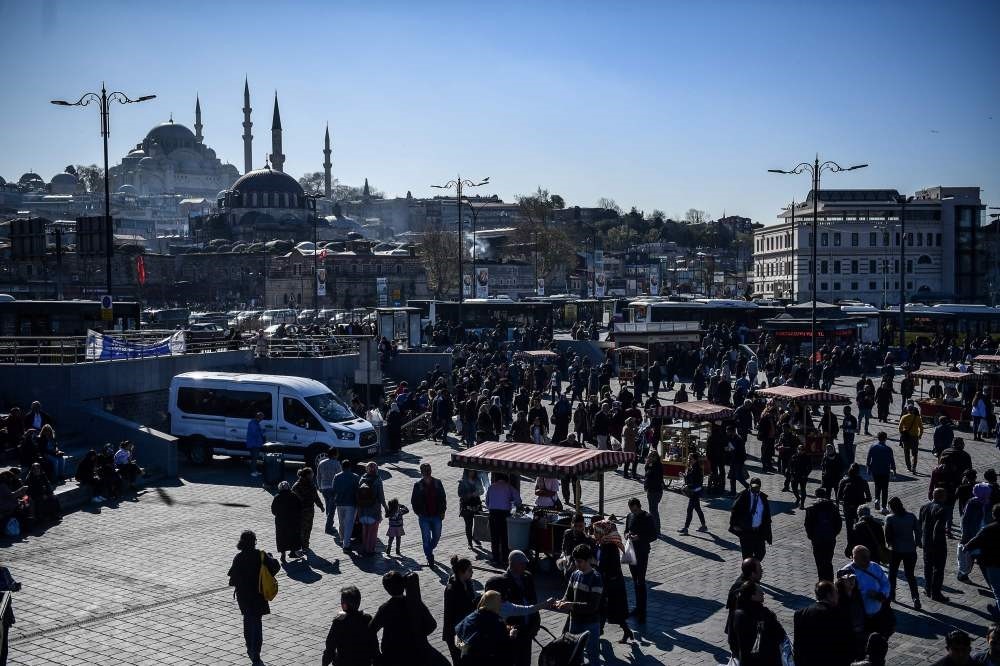 Turkey has come a long way, and the phrase ,this is Turkey, has turned into something we can be proud of instead of a coping mechanism.
by Jane Louise Kandur Apr 07, 2018 12:00 am

A common phrase used in Turkey when something goes wrong or when there are delays or any kind of confusion is ‘burası Türkiye' (this is Turkey); however, it is time that the tone and implications of this phrase change

The other day I was in a bank. It was a large national bank. The transaction to be carried out was simple enough. Money had come from the U.K. The money had to be put into an account. Some of the money had to be changed to lira. And some had to be paid out in cash.

Knowing how banks work - i.e. that they don't really have great wads of cash sitting idly by in the vaults, a week earlier I had informed the kind banker over the phone that I would be withdrawing money. The amount I gave him that day was actually higher than what I would require - just in case. However, on arriving at the bank, when I said I needed to take out a significant sum of cash, I was met with blank stares.

The message had not been forwarded, and the bank did not think there would be enough money.

This isn't a complaint about the bank. They found the money, everything was OK. Rather, what we are talking about here is the banker's response to my very legitimate grumble. "Banks should be working better than this. If you have a system, and I am using the system, then it should work," I complained.

The answer - one I have heard so many times over so many years, hit a raw nerve.

"You are right. But burası Türkiye (This is Turkey)."

Every time something goes wrong, every time there is a hang up, a hitch, a problem, this is the response. This is Turkey. Don't expect any better. Don't want any better. 'Coz it ain't gonna get any better than this.

Nonsense. Rubbish. Tripe. Poppycock. Baloney. ... I could go on. But I won't.

This is Turkey. ... Yes, when I first came to Turkey, over 25 years ago, this was the only way one could get through the day. When you turned on the tap, gurgling mud, dust or air exuded. No water today. This was Turkey. When the water did run, the pressure was so low that the tiny, tinny, terrifyingly insufficient gas water heater wouldn't light. When the water did run, the electricity was bound to go off; doing laundry was a task of lifting buckets of water into the latest design washing machine. Rats emerged from the squat loos. But this was Turkey; make it work. And we made it work.

When we left the house only to step into knee high mud, we didn't call up the city council and demand asphalt. This was Turkey.

When we left the house to go to the playground, we didn't complain about the broken glass lying under the swings. It would do no good. This was Turkey.

When taxi drivers, shop keepers, anyone in fact, ripped us off, overcharging us, selling us shoddy goods, we shrugged our shoulders. This was Turkey.

When people had to stand in lines for hours to get their salaries out of the banks, some fainting, and a few unfortunate souls even dying, there was a gentle sigh, a slight murmur, things really should be better. But we knew not to expect too much. This was Turkey.

When a rubbish tip blew up due to huge amounts of methane, taking dozens of lives, destroying houses, there was concern, outrage, puzzlement. But in the end, well, this was Turkey after all. Don't expect too much.

When a road would suddenly end in a sea of mud, when floods poured through the city, taking with it trees, cars and human lives, the response was "This was Turkey."

But it had not always been this way.

When the Ottoman Sultan Mehmed the Conqueror came to the area that is now Istanbul, he did not look at the insurmountable barricades and shrug his shoulders and walk away. Rather he studied the lie of the land and made his ships "walk," i.e. transferred them over land to the Golden Horn.

More recently, in Çanakkale the Turkish soldiers, starving, exhausted and poorly armed did not shrug their shoulders and say, "Nothing we can do; this is Turkey." Rather they used grit, determination and ingenuity to defeat the invading forces.

This shrugging of shoulders, this "This is Turkey" is a new phenomenon that arose in the 20th century. People had become so far removed from the democratic process, so deprived of power that they had no other option but to shrug their shoulders, make it work, and occasionally console one another by saying, "This is Turkey."

There are numerous examples of the "This is Turkey" mentality.

On a mundane level, there is the example of the man who ended up in the emergency room. He had ingested pesticide. When asked why he had swallowed pesticide, he replied, "Because I swallowed a fly." In the "This is Turkey" framework, this makes perfect sense.

Then there are a number of historical events. Many countries have had juntas stage coups because they were afraid of development and democracy. But in Turkey over a period of 60 years this had become such a habit that it was almost a norm. The 1960, 1971, 1981 and 1997 coups are well known. The e-memorandum of 2007 ensured the "a coup every decade" tradition continued; the e-coup is probably the sole example of an attempted coup via the internet. And there is no need to rehash the events of the failed coup in July 2016. In short, there has been a coup attempt every decade over the past 60 years.

But between these large coups are many more small failed attempts that we don't often hear about. One example, that of Talat Aydemir, is a great example of why and how the "This is Turkey ... a country where norms are not normal, where the unexpected is expected" has prevailed.

Talat Aydemir had been instrumental in plotting the coup. However, at the time of the 1960 coup he was posted in Korea. When he returned to Turkey he was appointed as a staff colonel at the Military Academy.

Talat Aydemir was disgruntled because he had not been included in the actual coup, as he had been out of the country. Although he had helped in the planning of the coup, he was unable to reap the benefits of the coup (i.e. financial benefits). As a result, Talat Aydemir encouraged his students that the 1960 coup had not been successful. There needed to be another coup to overthrow this coup. He inculcated the belief that the only way to "save" Turkey from the "invasion" of the junta was to stage another coup. He claimed that the first coup had "not achieved its aims."

Talat's first attempt at a counter-coup was in February 1962. Tanks under his command surrounded Parliament. Even though soldiers from nearby barracks were called to the aid of Parliament, many of these troops were obeying the orders of Talat Aydemir. Even the President's Guards had joined the uprising. Talat's soldiers seized control of the radio. Now soldiers loyal to the junta and those loyal to Talat were face-to-face, rifles pointed at one another. In the end, the junta was victorious. Talat Aydemir was pardoned and "retired" from the army.

Not much of a story so far. Not unusual; so a disgruntled soldier tried to stage a counter-coup. That has been done. But don't forget - This was Turkey.

One year later, in May 1963, Talat started to plan another coup. The prime minister of the time, Alparslan Türkeş, heard about this and informed then President İsmet İnönü.

Again, Talat's men managed to seize the radio. But the government soon regained control. They soon put down the coup, but not without 8 people losing their lives, two of whom were military cadets. Talat was now condemned to be hanged.

Talat had managed to abuse his position at the military school to plot against a junta that had come to power by plotting against the state. And he did this not just once, but twice. The government had pardoned him, and given him a state pension. They thought a soldier is a soldier, loyal to the state.

What they forgot was that this was Turkey.

Today, all the "This was Turkey" is in the past. Since the quashing of the e-memorandum, the Turkish government has proven that it can stand up to coup attempts. This is the most important element; for Turkey to progress democratically, to grow in freedoms and rights the seizure of power by force must be things of the past.

People who betray the state are put on trial; if found innocent they are set free, reinstated.

If found guilty, they must serve their time. Some have even abused the working of the legal system to take advantage of being released pending trial to flee the country and seek refuge in a European country. No longer is the choice for traitors to be retired or hanged.

The lack of running water and/or electricity are now things of the past. The infrastructure, the roads, the bridges, all have been developed to such a degree that European cities now appear shabby and unkempt. The brown dried appearance of Istanbul, indeed of most of Turkey, that existed in the last decade of the 20th century has been replaced by lush greenery and flora.

If there is a hole in the road, if a member of the public is disturbed or upset by something in their neighborhood, they need merely tweet their local government; usually the situation is put right within days.

Parks have been opened for people to picnic in, walk in, ride bicycles in. At the weekend people are able to stroll along the seaside, the shores of the Bosporus and the Golden Horn. In the last years of the 20th century this was not only impossible, due to the rubbish dumped, the rough surfaces or thick mud, it was also highly unpleasant due to the stench emanating from the polluted water.