Pastirma: An aromatic and spicy taste of history 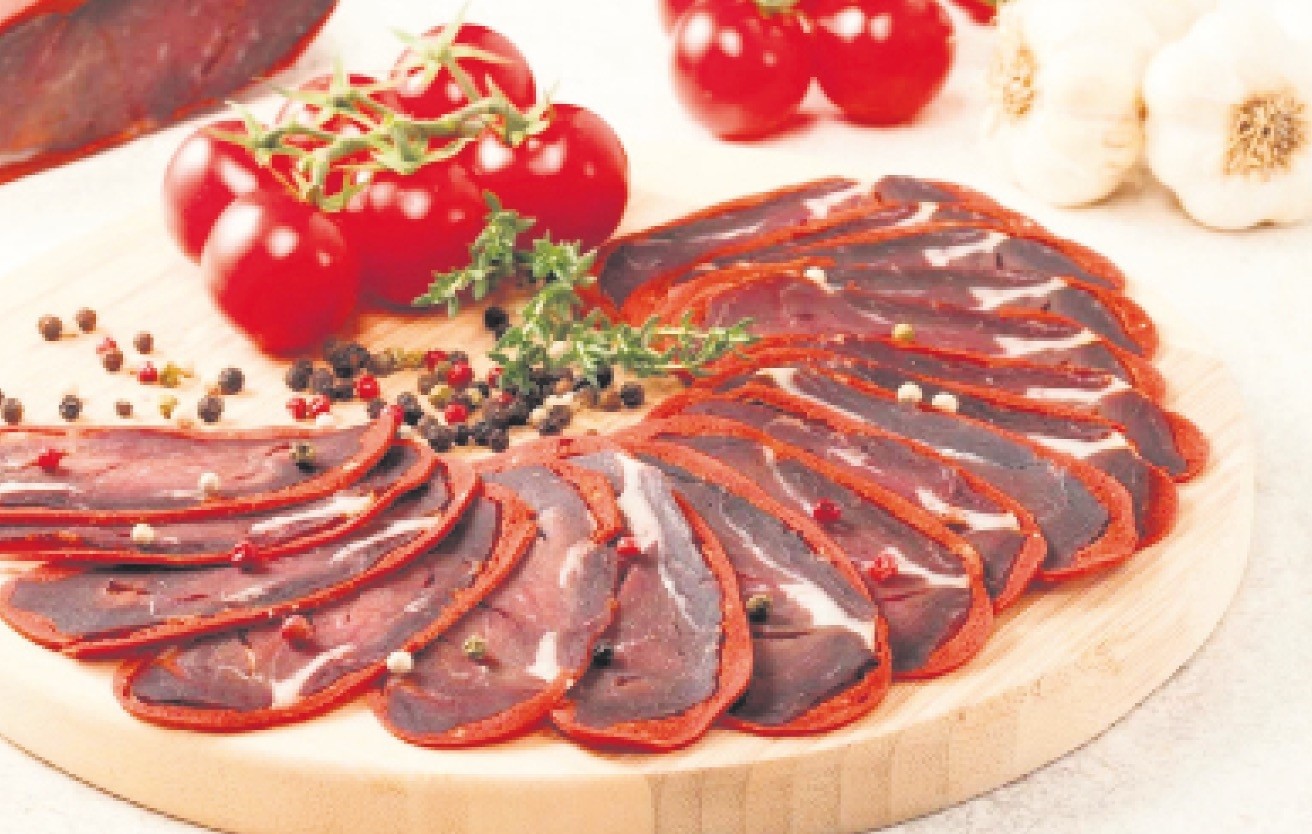 The holy month of Ramadan, when Muslims fast from dawn to evening, is upon us and traditional pastirma is the queen of Ramadan tables

Pastirma, Turkish pastrami, has adorned dinner tables since the time Turks lived in Central Asia. Regardless of their eventual migration, the 500-year-old pastirma tradition was never forgotten but only transformed.

Turkish horsemen in Central Asia used to preserve meat by placing slabs of it in pockets on the sides of their saddles, where it would be pressed by their legs as they rode. This pressed meat was the forerunner of today's pastirma.

After Turks migrated from Central Asia and eventually settled in Anatolia, pastirma found its new home choose the central Anatolian city of Kayseri, which to this day makes the best pastirma in Turkey. 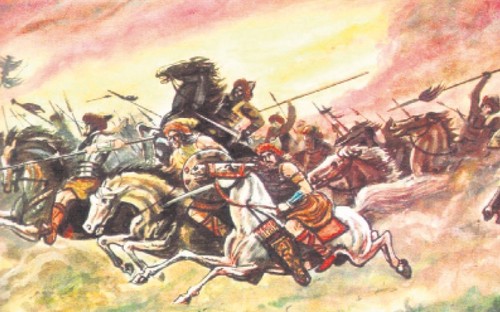 It is believed that the Huns first made pastirma to help the meat last longer.

In his "Book of Travels," the 17th-century Turkish writer and wonderer Evliya Çelebi also praised the spiced beef pastirma from Kayseri.

This delicious piece of meat is served in slices as a cold hors-d'oeuvre or cooked with eggs, tomatoes and so on. It is usually made from beef however other meats including lamb and goat can also be used. Although its production process has been mechanized, the recipe remains the same.

How is it made?

For the best quality pastirma, cattle are usually brought to Kayseri from the eastern province of Kars, which is famous for livestock breeding. The animals are then slaughtered and the meat is sent to pastirma factories.

The whole process takes about a month from the day the cattle are brought in. After they are slaughtered, the meat is selected by experts at room temperature for 4 to 8 hours, before being divided into joints suitable for pastirma making.

After the meat is rested enough, it is shaped and put on a string. Then the meat is slashed, salted on one side, stacked, and is then left for around 24 hours. The other side of the meat stack is then salted left for another 24 hours. The joints are then rinsed with plenty of water to remove the excess salt.

The meat is then dried in open air for a period varying between three and 10 days, depending on the weather. It is then pressed to remove the excess water and blood from the meat.

Once the meat is pressed and dried, it is covered with a paste of ground spice known as "çemen," and left to cure for 10 to 24 hours in hot weather, and 1 to 2 days in cold weather. After the extra çemen is removed and the meat is dry again, pastirma finds its way to dinner tables all across Turkey.

Çemen is an important spice that gives pastirma's its traditional taste while preventing the meat from over-drying. It also prevents raw meat from catching too much air and spoil.

Kayseri's environment and weather make it an important center for pastirma production. Located in the foothills of Mount Erciyes, one of Anatolia's highest mountains, Kayseri is blessed with a natural breeze that blows from the top of Erciyes during hot summers. Pastirma, dried under the sun and sometimes in shadows, benefits from Kayseri's hot days and cool nights.

Speaking to Anadolu Agency (AA), the head of Kayseri Chamber of Commerce Şaban Ünlü, who is a pastirma producer himself, said most of Turkey's pastirma is produced in Kayseri.

Claiming that pastirma's history dates back to the Huns, Ünlü said pastirma was invented to make sure soldiers can eat meat during long campaigns in the other countries. He said pastirma that came with the Turks from Central Asia has adapted well to Kayseri's environment and climate. "Evliya Çelebi, the famed wanderer, called pastirma 'the fragrant food of Kayseri.' As Kayseri's climate is suitable for pastirma production, this dry meat made our city its home in Anatolia. It is hard to make pastirma but we make the most delicious ones here in Kayseri."

Pastirma's delicious taste has not only brought joy to the tables but also to the everyday language. When the temperature rises in November for a brief moment, it is called "pastirma summer" in Turkey, to refer to the ever-changing temperature. During that period daytime temperature can rise as high as 25 degrees Celsius, dropping to as low as minus 5 degrees Celsius at dawn. Due to these changes in temperature, pastirma makers use high temperatures in the mornings to dry the meat and then the cool of the night to make pastirma more delicious. Hence it is said that pastirma made during the "pastirma summer" is tastier.