A story of flesh and stone 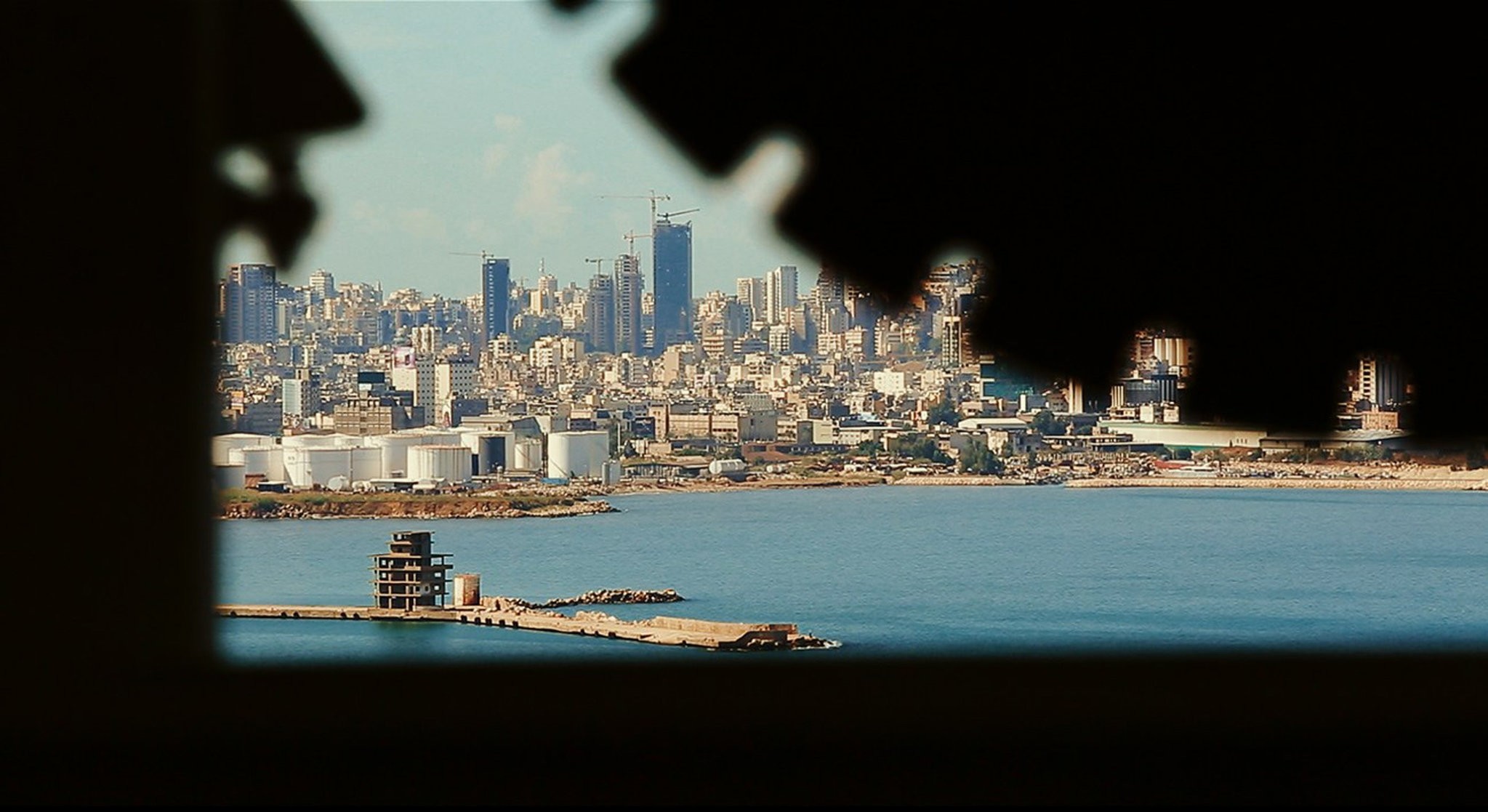 Kalthoum forces the audience to make an effort to grasp the fallout of war in an embodied matter.
by Sabrien Amrov May 08, 2018 12:00 am

Running from destruction in their home country, Syrian refugees in Lebanon, who work in construction are the subject of Ziad Kalthoum’s award-winning documentary 'Taste of Cement' which aims to wake the senses and invites viewers to remember what makes us human

After deserting the Syrian military, Ziad Khaltoum produced a documentary about the everyday life of Syrian migrant workers in Beirut. He details the entanglement of destruction and construction caught between Beirut and Damascus. Men that survived the rubble of cement of their homes in Syria find themselves working in a city that escaped a civil war inside its borders not long ago. The film meditates on the intimacy between human experience and the life of infrastructure.

In the absence of dialogue, a conversation between natural sounds and bold imagery follows the monologue of a fictional character. He narrates his childhood memories from Syria as the camera alternates between shots of bricks and human flesh. He grew up familiar with the smell of cement every time his father came back from Lebanon.

"In my father's palms lived Beirut," he recalls.

As a grown man, he recalls the destruction of his home in a Syria he had to flee, as the smell of cement intoxicated Damascus. Now, he finds himself stuck in a different kind of hole, doing the same work as his father, under different circumstances: As a refugee in Beirut who can only see the sunlight when he's caught between layers of cement, metal and the hard machinery drilling in his ears. Just like these workers, wherever he goes, the smell of cement follows him, he says: "In my eyes, inside my nose, in my mouth."

All of these men could be the narrator. Their silence is deliberate. They do not speak, though they are not mute. They spend half of their days piecing together the future of a city that isn't theirs, building a high-rise housing project they will not be allowed to live in near the Mediterranean Sea as they "wait for the war to end" back home in Syria. At night, the basement of the building swallows them until the next morning calls them to work again. Below the rising building, they make their home: Groom themselves, feed themselves, watch news of the rubble continuing to collect in Syria as they unwind from their heavy day in the sky. The bricks, the metal, the wires, the glass and the cement are juxtaposed with the eyes, hands and the postures of these men. Human touch, hearing, sight, smell, and taste: all the senses are activated.

Khaltoum entices the viewer to think about the fallout of war through our human senses. The relationship between the men's bodies and the elements of construction is uncanny throughout the movie. They are bounded by water: As the men use water to make the cement, the way the Mediterranean Sea stares at them, they sweat under the burning sun, while they work on top of the building. Instead of human bodies, Khaltoum presents us a drowning military tank in the Mediterranean Sea that has witnessed millions of lives ended.

Practically, Khaltoum did not want to get the workers in trouble by requesting verbal testimonies of their hardship. But cinematographically, Khaltoum forces the audience to make an effort to grasp the fallout of war inan embodied matter. The intimate relationship that humans have with the hard materials around them is often overshadowed by the bombardment of hard news we consume. And yet, the greatest challenge after the war is finding a way to continue even in the worst of circumstances. There is something courageous but unsettling in knowing that these men sleep, work and breathe cement construction after fleeing that destruction. They are able to build, while they process their shattered lives.

Part of Khaltoum's essay on home is also a wish he puts to the viewers. The film offers an effective reading of the materiality of infrastructure, revealing to viewers how much of our gaze forgets that we are dealing with living beings when it comes to the Syrian question or any refugee question for that matter. By focusing not only on the materials and machinery that make our homes, but the labor process that bridges human flesh and infrastructure together, Khaltoum asks viewers to reconsider our own connection with people and co-existence.

Even metal bends like it needs to, even the bricks break like you need them to, and water, lime and clay come together to make concrete to build homes for peoples' futures. And yet the Syrian refugee question demonstrates the crudity of the human condition and our reluctance to be malleable when most urgently needed. Our inability to welcome people fleeing war, and the sense of threat projected against people literally running for their lives. Our inability to be flexible in circumstances that reached beyond Lebanon and itscornice has worsened the fallout of wars of millions of people.

Though heart wrenching, the movie was also a breath of fresh air from the fast news coverage of the Syrian crisis. We have spent the last seven years trying to keep up with events: Whose fault it is, the count of dead bodies, who is left and what do alliances look like at particular moments in the timeline of the war. Instead the taste of cement forces viewers to contemplate what the sounds of city planning and of war making tell us about our own condition. Khaltoum gives us a documentary on the relationship of people with the places they leave and arrive, places they flee and try to find refuge in, places they have seen destroyed and others they try to build for themselves and for others. He leaves us with a reflection of contemporary ways of being in uncertain times. A song about the reverberations of war across different regions, and our entanglements with the buildings and cities we inhabit and flee. Showcasing how resilient people are as they continue building homes sometimes against their own will, and often times, against that of others.