70 years under occupation: What does the future hold for Palestinians? 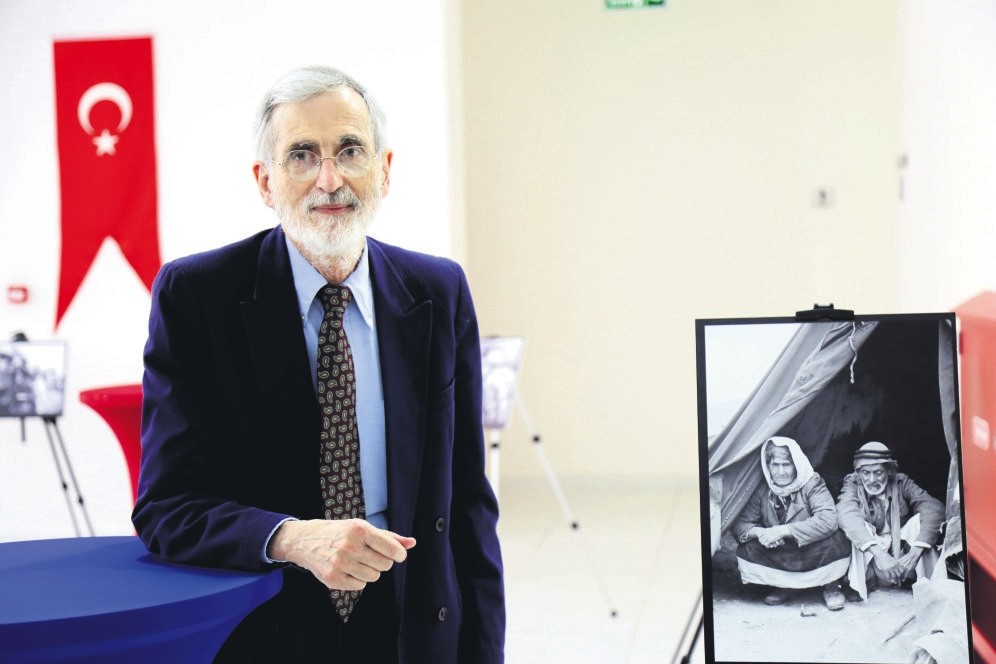 Quigley has publications on human rights and Palestinian issue, incl. books such as u201cThe Statehood of Palestine: International Law in the Middle East Conflictu201d & u201cThe Six-Warand Israeli Self-Defense: Questioning the Legal Basis for Preventive War.u201d
by daily sabah May 22, 2018 12:00 am

It has been seven decades since the Palestinians were forced out of their homes and lands by Israel, and although the future looks bleak for Palestinians there is always light at the end of the tunnel

In commemoration of 70th anniversary of the "Nakba," which marks the forceful displacement of hundreds of thousands of Palestinian people from their homes, the International Association for Justice and Human Rights (YAİDER) and Fatih Sultan Mehmet Waqf University (FSMVÜ) jointly organized a conference titled "The Right of Return of Displaced People of Palestine."

They exclusively invited a distinguished guest from the U.S. professor John B. Quigley, who is an expert in international law and has dealt widely with human rights and the legal matters of the Palestine-Israel conflict.

In connection to this event Daily Sabah conducted an exclusive interview.

DAILY SABAH: Despite the 1980 U.N. Security Council's declaration that all actions that change the status of Jerusalem are "invalid and illegal," and despite all the condemnation of the U.N. General Assembly, the U.S. opened its embassy in Jerusalem as an award to Israel on the 70th anniversary of its founding. Does this mean that the Palestinian dream of a united Jerusalem capital will come to an end? What can the international community do about it?

John B. Quigley: I think, the fact that U.S. has decided to move its embassy to Jerusalem does not resolve the status of Jerusalem in general. It is the action of one government, it is a significant government but only one government and the governments are not following its lead on this matter. I think that the other governments of the world see this as an indication that U.S. is not engaging in the kind of peace making that is necessary so, I don't see the action by the U.S. as foreclosing any other solution for Jerusalem.

DS: What do the extreme tensions between Israel and Iran mean for the region? What about the ongoing tensions, especially recently?

JQ: Well, it could lead to some kind of Israeli military action against Iran, which will be very negative; I do not think that actually is very likely. I think that [Benjamin] Netanyahu uses the issue of relations with Iran as a way of deflecting attention from what Netanyahu is doing against the Palestinian. I think that is one way in which the Israeli Iranian situation impacts the Palestinian situation. In particular visa-vis Western governments if he can get the other governments of the world to focus on Israeli Iranian relations and to think that Israel is in jeopardy from Iran and you know that strengthens to say anything against Palestinians.

DS: How do you find Turkey's support for Palestine and Gaza?

Turkey has been one of the strongest supporters of Palestinian rights and it has significant role, it has great opportunity. I think it can do quite a bit more than it does in that regard. But it has been one of the strongest states in supporting the Palestinian. Turkey has a role actually, going back in 1949 when the General Assembly set up a commission in 1948 to deal with the whole situation, there were three states that were members; Turkey, France and U.S., it was called 'The Palestine Commission.' So, Turkey has a history of involvement on this issue.

DS: Recently, due to the rise of the far-right of Europe, we have seen anti-Semitic incidents along with Islamophobic attacks. So, could we say that anti-Semitism will spread in Europe again?

I think the anti-Semitism comes from the right wing in Europe which is strongly against Muslims as well, so it is part of the same psychology that those forces are being released and being more vocal. But, I don't really see anti-Semitism in Europe as something that is so significant that it should result in any change in the Middle East. In France, one does in fact see Jews leaving France but that is in small numbers within the last few years. So, I don't see it as a huge phenomenon, any great increase in anti-Semites in Europe.

DS: On one side Israelis were celebrating the opening of the U.S. Embassy, people were celebrating and people were happy but on the other, Israeli soldiers were killing civilians and protesters in peaceful demonstrations. How do you evaluate this picture?Well, I think it shows that the U.S. and government have little regard for the Palestinians for killing them, it is very unfortunate. Al-Jazeera English was showing today with a split screen: on one side Ivanka Trump smiling in Jerusalem and on the other side, they had the idea of shooting at people in Gaza. They made the point very well on the screen at the same time. But my hope would be the images on what is going on in Gaza would be the more serious impact that would result in some significant change. We have already seen South Africa withdrawing its ambassador today, which is a very significant step for a country.

Yes, they can, certainly. They could do that. That is a very good idea. That is what states that support Palestine should do I think. The problem is that Israel controls on the ground, so Israel is going to prevent that from happening. The states that have established some kind of representation for the state of Palestine have done it in Ramallah.

The international consensus has been that the status of Jerusalem is undefined which would mean that states shouldn't recognize it as the capital of Palestine and they shouldn't recognized it as the capital of either one. And I think recently, the Russian government said that it was going to have an embassy in east Jerusalem which is problematic because that suggests that west Jerusalem belongs to Israel. So, it may be better to not establish embassies.

I have the same fear that that you have that it will dissipate in a few days. On the other hand, this is an ongoing situation and I think that the demonstrations do raise the issue of repatriation and is a very compelling issue if someone is being prevented in going into their own country. It is something that is required by international law and there is no real question about it. And unfortunately it is an issue that has not got much attention in the last 10 to 20 years but this is bringing it to attention.

Well, it should be dealt by the Security Council of the United Nations and even with the United States as a member; I think the Security Council could do more. They could highlight the fact that the refusal to repatriate is the very question of war and peace that is cause of conflict; you know going back many years. They should discuss it at least in that way. The Security Council has always been weak in supporting the Palestinians. They should have taken action in 1948, you know to prevent "Nakba" and they didn't do that. But that is the role that they are supposed to have in the world and they can discuss even if they have a permanent member that is going to veto everything, they can still have a discussion and let the United States vote as it does but still that shows what the sentiment of the international community is on that matter. And it is quite strong on repatriation, it is the view of all governments that Palestinian people have the right to go back to their country.