Dare to drive: Dangerous road in eastern Turkey challenges even the most capable driver 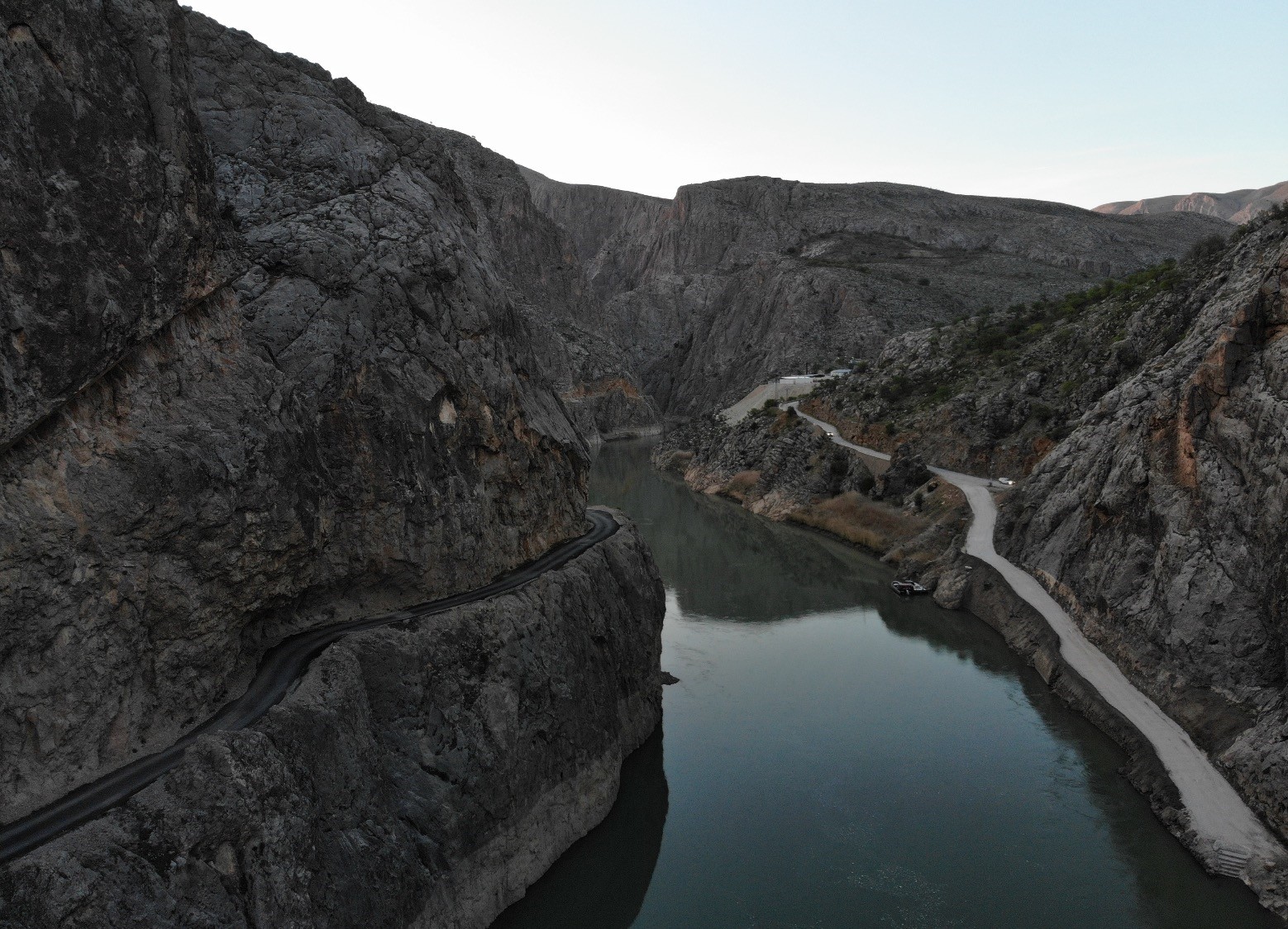 Considered one of the most dangerous roads in the world, Tau015f Yolu (Stone Road) draws car and nature enthusiasts from around the world every year.
by Anadolu Agency
May 29, 2018 12:00 am

Road trips can be relaxing and entertaining most of the time but the road between Kemaliye and Divriği challenges even the most seasoned drivers, perfect for those looking for an adventure on four wheels

Taş Yolu (Stone Road) in Erzincan, between Kemaliye and Divriği, is regarded as one of the "most challenging roads in the world." With numerous tunnels, hairpin bends and sharp cliffs to overcome, the road took 132 years to complete.

Construction started in 1870 in order to connect the Kemaliye (Eğin) district of Erzincan to Central Anatolia. It was completed by locals, with the help of the state, who carved through the unpassable rock faces of the Karanlık Kanyon with primitive tools.

At first the road was only big enough for pedestrians, but overtime it was expanded to be wide enough for vehicle passage. 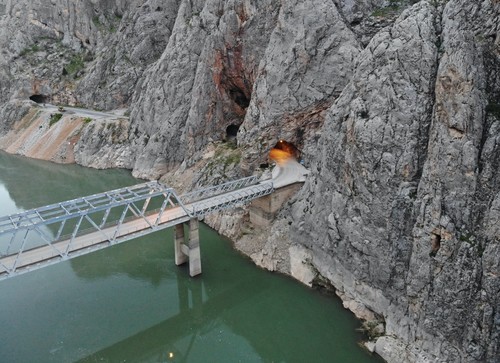 The 7-kilometer road offers exquisite scenes for adventure lovers along the Karanlık Kanyon, which consists of 400 to 500 meters of steep rocky cliffs on both sides. Today the road, with its 38 tunnels and numerous sharp bends and cliffs, is mostly used for tourism purposes.

The road that runs along the Euphrates River is mostly preferred by adventure seekers and tourists looking for something a bit more exciting. In spite of the dangerous journey made either on foot or by vehicle, the road always captivates visitors with its surrounding natural beauty. 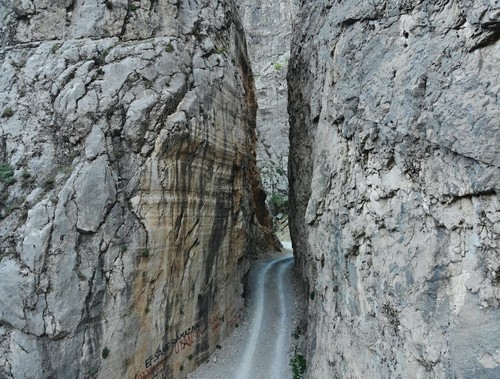 Stone Road was deemed "the most dangerous road in the world" two years ago by www.dangerousroads.org, more dangerous than famous "Guoliang Tunnel" in China.

There are more than 10,000 roads on the website for people who are looking to discover the most spectacular, scenic and dangerous roads in the world.

In Kemaliye, where the International Erzincan Kemaliye Culture and Nature Sports Festival is held, Karanlık Kanyon also offers base jumping and wingsuit activities. With this, the district and Stone Road host many adrenaline enthusiast local and foreign tourists every year.

Kemaliye Mayor Mustafa Haznedar said that the people of the region benefiting from the temperate climate of the river decided to open a route to the Central Anatolia in the 18th century.

Stressing that the Stone Road has always been regarded as a way out and a way of salvation for the people of Kemaliye throughout history, Haznedar said the people of Eğinli reached Giresun Port with mule caravans and then to Istanbul with the ships.

He said for this reason the local people decided to build a road in the 18th century and take advantage of the temperate climate of the river from the Euphrates Valley.

"When the efforts of the locals garnered no results, late Erzincan Governor Recep Yazıcıoğlu said, 'You put one and I will put two as the state and we will open this road together'," Haznedar continued. "Then, of course technology and the climate changed, and the amount of snow decreased. This time, when another source of pride for Erzincan, Prime Minister Binali Yıldırım became the transport minister and opened a road to Kemaliye from the Avaz region, and Stone Road lost importance for transportation."

The mayor said that the Stone Road was opened under very difficult conditions. He added that it is dangerous because there are large slits and sharp bends and that it is not possible for vehicles to see each other on some stretches.

"This is one of the most challenging roads in the world," he added.

Ragıp Güneysu, a representative of the Kemaliye Culture and Development Foundation (KEMAV) headquartered in Istanbul, stressed that the road itself boosts adrenaline.

"Forget driving, a lot of people who go there always say they can't walk further from fear," Güneysu said.