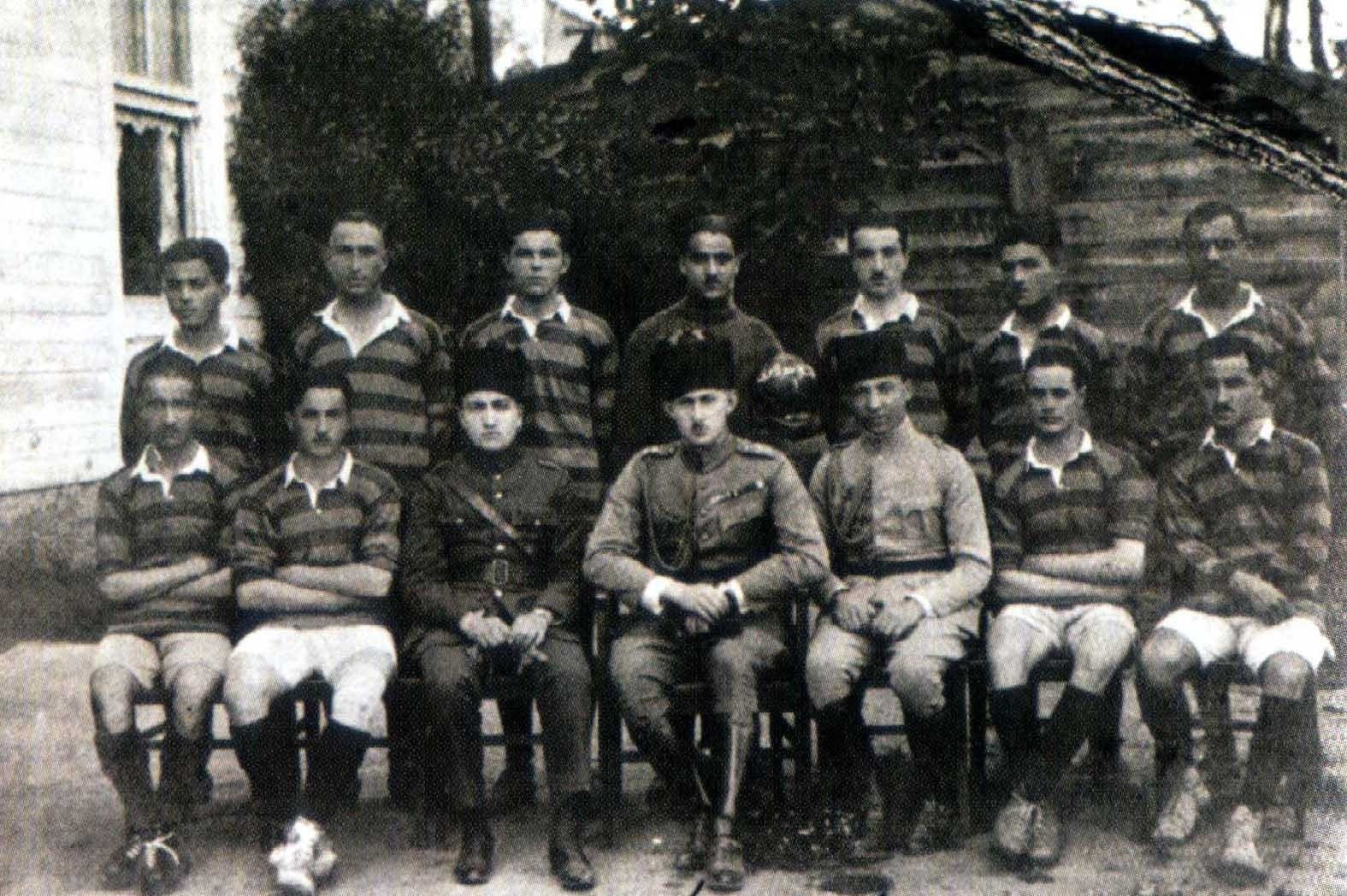 The foundations of Fenerbahçe Sports Club were laid in 1907 on a meadow where the first football matches in Turkey took place during the Ottoman era. Today, the club has millions of fans around the country and tens of cups in its trophy cabinet

In the last quarter of the 19th century, football began to be played in Turkey under the leadership of expats living in the country. Firstly, football was played in cities like İzmir and Thessaloniki and then in Istanbul towards the end of the 1880s.

The first area where football was played in Istanbul was the Kuşdili Meadow, where the Tuesday Market is set up next to the present day Fenerbahçe stadium in Kadıköy. Expats and non-Muslim Ottoman citizens went to Kuşdili Meadow or to other recreation areas in Istanbul on weekends, enjoying themselves and playing football.

But because of the crowds that gather to play and watch football, the competitions were under strict gendarmerie surveillance. Ottoman security officers closely monitored the football players and reported the situation to the headquarters.

In 1897, the Football Association club was established in Kadıköy, consisting mainly of British and Greek Cypriots. In the early days, not many Turks were into football. 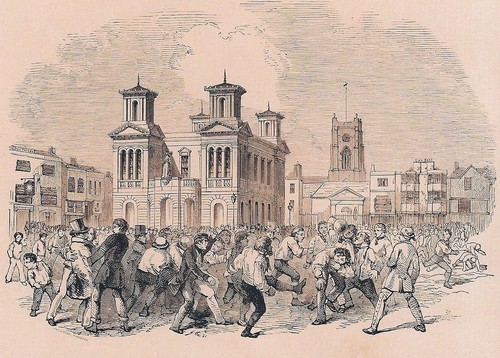 A drawing from 1846 depicts a game of football before it had any rules at all.

Towards the end of the 1890s, the Turks began to play football as well. Reşat Danyal, Fuat Hüsnü and his friends founded the Black Stockings football club in 1899. Rumor has it the founders named their club in English hoping to escape official prosecution.

Among the founders, Fuat Hüsnü described his activities at that time, saying: "The life and activity of the Black Stockings was very short and faint, and since there was not a clubhouse, members sat at the coffee shop of the club member Hurşit Aga and there was also a lack of appropriate sport equipment."

With only a single ball, players trained continuously at the Pastor's Meadow (Papazın Çayırı). Reşat Danyal Bey, the president of the club, tried to teach as much as he could with a whistle in his hand, leaving the rest to the players, who tried to learn more with their own skills by themselves during the training. Captain Mehmet Ali Bey would shout out instructions like "Strike," "knock over." However, the players who did not know how to strike or knock over would roll in the mud.

The Black Stockings was disbanded after a while. But the Turks' love of football did not. A group of Turks headed by Nurizade Ziya Bey, Ayetullah Bey and Necip Bey founded Fenerbahçe at Kuşdili Meadow in 1907. After its establishment, Fenerbahçe achieved some successes in a number of key matches. For example, in July 1908, the team beat Pera 8-0.

Fenerbahçe joined the Istanbul Football League in the 1909-1910 season and won its first championship in the 1911-1912 season.

There was no official record of the sports clubs establishment because there was no association law during the reign of Sultan Abdülhamid II. The Society's Law was issued on August 16, 1909, after the Second Constitutional Era.

After that, many associations were established and previously established ones were registered for official records.

These records can be found in the Ottoman Archives today. However, only Fenerbahçe's registration certificate has been discovered so far.

The document we published here is the first official Ottoman document to date about the three major football clubs. The goal of Fenerbahçe Sports Club, founded in 1907 in Kuşdili Meadow and led by Hamid Hüsnü (Kayacan) at that time, reads as "spreading physical and intellectual education while familiarizing the country's youth with life struggles, troubles and military expeditions (fighting)."

They run to the front

He was one of the two sons of Maritime Admiral Hüseyin Hüsnü Pasha and his brother was Fuad Hüsnü Bey, one of the first Turkish football players. He became Fenerbahçe's president in 1912.

Hamid Hüsnü Bey changed the rules of the club and transformed Fenerbahçe into a sports club from a football club. In those years, under the influence of the Balkan War, Turkish nationalism was spreading as a prevalent idea.

Within the scope of the Ergenekon festivals, many sporting performances - from gymnastics to athletics, from wrestling to cycling races - were organized. Young people were taught the necessity of having a sound mind in a sound body. President Hamid Hüsnü Bey would manage the Fenerbahçe Sports Club in line with the targets of the Committee of Union and Progress. During these years, Beşiktaş and Galatasaray clubs also organized sporting activities by putting holding the ideas of nationalism and patriotism at the forefront. As a matter of fact, at the beginning of the Dardanelles War, the athletes of each club would voluntarily run to the front as a demonstration of thinking of training and patriotism in the same framework.

Fenerbahçe achieved successful results in the first matches played after its establishment. Indeed, Fenerbahçe scored eight goals in a match against Pera in July 1908. In this regard, the Sabah newspaper reported: "On Sunday, a match between Fenerbahçe Football Club and Pera Club was played at Pastor's Meadow in Kadıköy at nine o'clock. There were eleven players on both sides. The match lasted one and a half hours and ended with the success of the Fenerbahçe Club which managed to score eight goals."