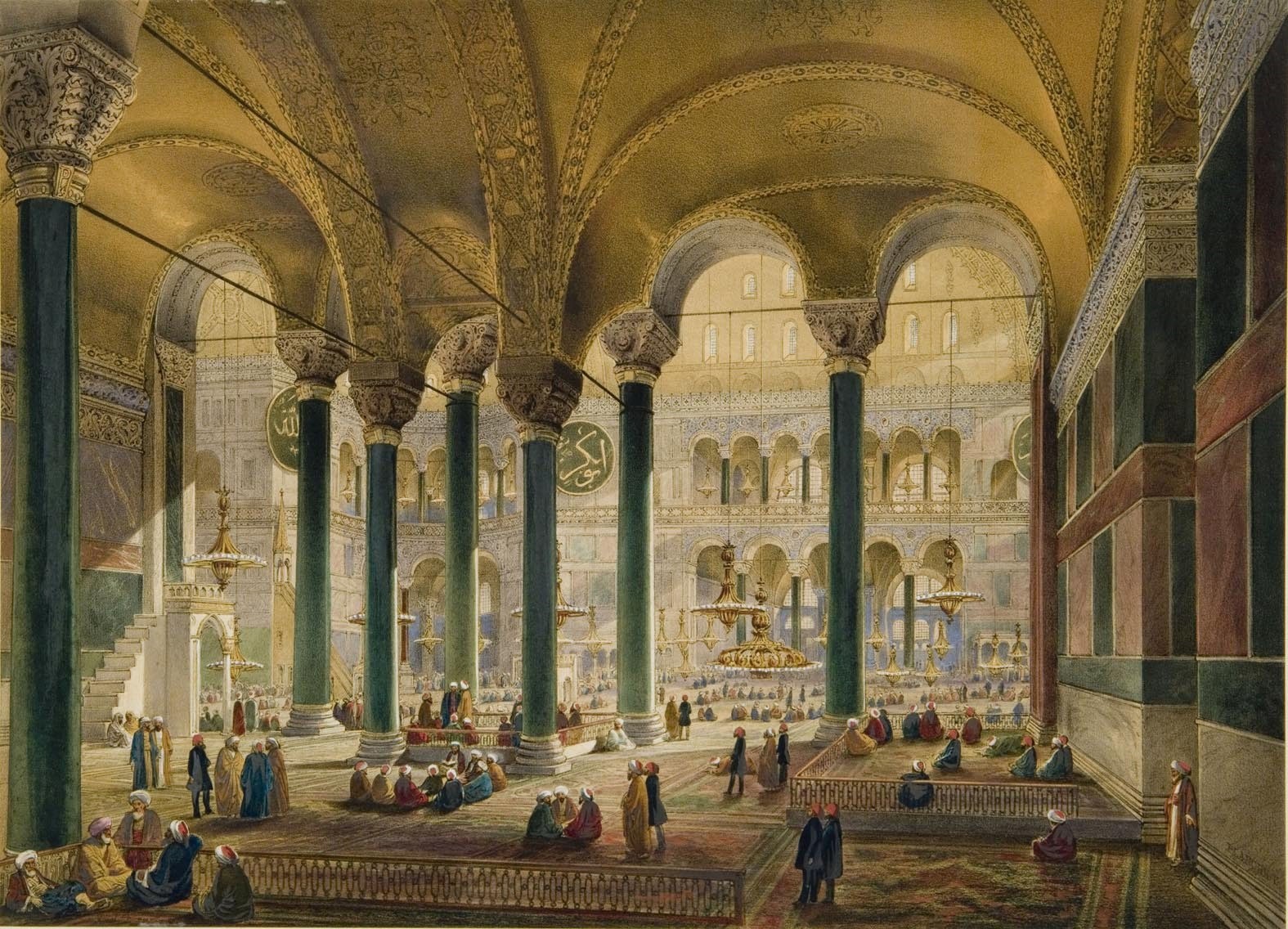 Muslims were not the only targets of the Crusades. The Crusaders also slaughtered Orthodox Christians and Jews and plundered the holy shrine of Hagia Sophia in 1204 during their occupation of Istanbul. However, Mehmed II, known as Mehmed the Conqueror, was able to stop the plunderers from dismantling the structure itself

Started in 1096, the Crusades are mainly known as a series of wars against Muslims. However, Orthodox Christians and Jews were also victims in the great massacres committed by the Europeans, as well. Also known as the King's Crusade, the Third Crusade was launched after An-Nasir Salah ad-Din Yusuf ibn Ayyub, known as Salah ad-Din, took Jerusalem in 1187. As a result, Pope Innocent II called all of Europe to join in the Crusade in 1202. The Crusaders departed and surrounded Constantinople, under the rule of the Byzantine Empire, instead of Jerusalem. Occupied by the Crusaders in 1204, Constantinople was widely plundered and ruthlessly vandalized. Even churches such as the Hagia Sophia fell victim to the destruction. The Crusader occupation, which continued until 1261, destroyed the glory of the city.

Disgrace of the Hagia Sophia

After researching historical Byzantine documents about Hagia Sophia, Önder Kaya detailed his findings in an article: "Byzantine historian Niketas Choniates, who witnessed the plunder of the city in person, said Muslims took Jerusalem from Byzantium in one swoop but behaved respectfully to the public living there well and did not disturb the Sepulchre of Jesus Christ. However, what the coreligionist Crusaders did was unforgivable. Choniates stressed:

'Those who swore they would pass Christian lands without spilling blood and advance upon Muslims committed the most terrible massacre in Constantinople. Those who swore to not marry as long as they carry the cross on their shoulders raped our nuns who had dedicated themselves to God. Those who marched to take the revenge of the Holy Sepulchre did not abstain from stomping on the golden and silver cross.'" The savagery and disrespect of the Catholic Crusaders were unnamable. Entering Hagia Sophia, the biggest sanctuary of Byzantium, with their horses to plunder it, the Crusaders loaded the precious goods of the church onto mules that they brought with them. They did not care about getting the church dirty or killing their overloaded animals that were crushed after being overloaded with plunder.

However, the scene that historian Choniates resented most was a prostitute sung and danced, sitting on the rostrum where the patriarch normally delivered his sermon.

After the occupation of Constantinople, many Byzantines were tortured for hiding their wealth. While the noble Crusaders focused on the most precious goods in the palaces and churches, they left the more basic items, such as bathhouse bowls and copper cups, for the soldiers. Therefore, the dosage of ordinary soldiers' torture of the Byzantine people increased. The soldiers, who secretly hit the streets, started to plunder everything they found. How ever, the sacred goods that were believed to belong to the apostle of Jesus, the Virgin Mary and other great prophets in the churches and monasteries were the ones affected the most. A majority of the plundered goods were sold with absorbent prices to religious people in other countries, such as Italy and France. While some of them disappeared in time, some were put under the protection of the Vatican and in other large religious centers.

When Mehmed II entered the church, he ordered the fearful Greeks waiting inside to be taken to their houses. Somebody from the ulama recited the adhan. The conqueror prayed and toured the church. He went to the dome and took in the view of the city. Later, Mehmed II ordered the church be prepared for prayers. It was essential in Turkish Islamic tradition that the biggest sanctuary of the conquered place be turned into a mosque. This symbolized the power of Islamic triumph. Hagia Sophia was turned into a mosque with a Friday prayer where Akshamsaddin read the first khutbah and the conqueror attended it on June 1, 1453. Some 481 years Muslims prayed in Hagia Sophia until 1934, when it was turned into a museum.

When Ottoman soldiers entered Constantinople between modern-day Topkapı and Edirne on May 29, 1453, Greeks in the city ran, saying that the city had fallen. They went to Hagia Sophia, believing in the protective powers of angels and saints, to take shelter in the church. The public in the church was expecting miracle. According to a prophecy, Turks would come to Çemberlitaş, but an angel would bring down the sword of justice from the sky; then, the angel would give this sword to a nameless, poor man standing next to the Column of Constantine, saying, "Take this sword and get our lord's revenge." Turks would start to flee, and Byzantines would run after, chasing them to the border of Iran. However, the prophecy failed, and Constantinople, now Istanbul, was captured by the Turks in 1453.

Mehmed II, who received the title of Mehmed the Conqueror after the occupancy, came to the city with his viziers and janissaries. The group passed through the city and reached Hagia Sophia. The young ruler dismounted horse and sprinkled a handful of soil into his "kavuk," the quilted turban for men. He was surrendering himself to God. He entered the church and waited quietly for a while. Maybe, he was praying for the triumph. At that moment, he saw that one soldier was trying to dismantle the marble of the church. Angry, the conqueror told the soldier the church was included in the spoils of war and that it belonged to the sultan.