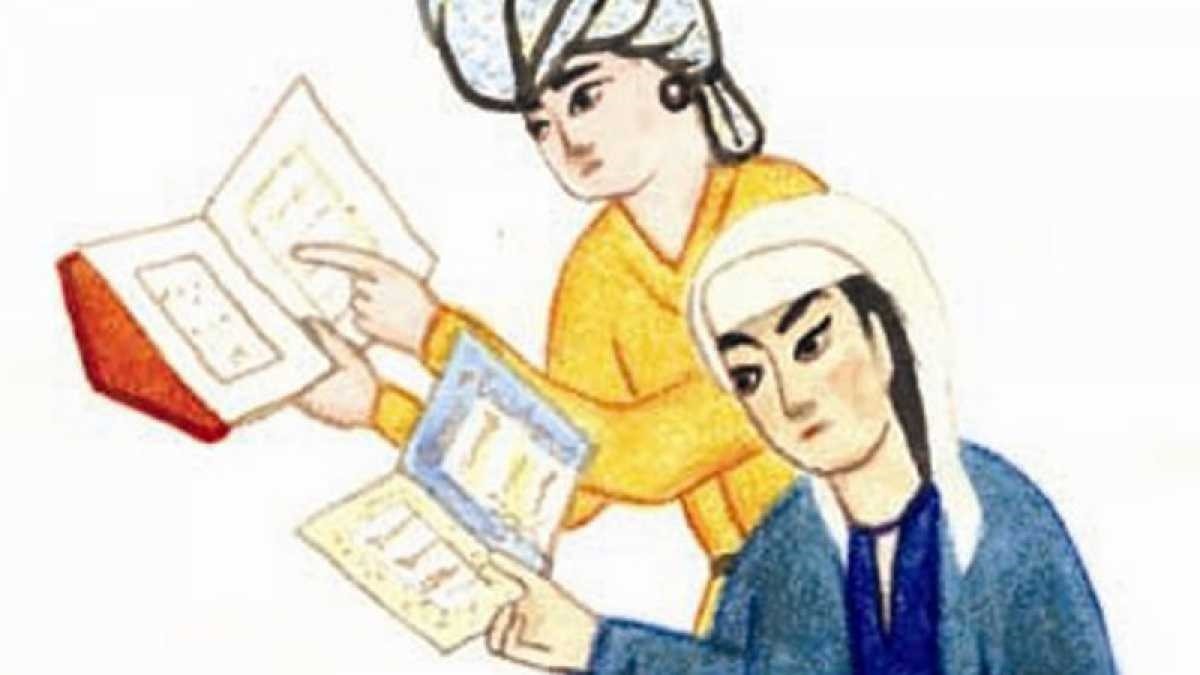 An illustration by an unknown artist depicts Muslim female scholars studiying the Quran.
by Moin Qazi
Jul 05, 2018 12:00 am

Islam empowered women in the Arabian Peninsula in a way that could never be imagined before the arrival of the Quran. The stories of the many female scholars who graced the Islamic world need to be remembered

When Imam Zuhri, a famous scholar of the Sunna (the Prophet Muhammad's prescriptions), indicated to Qasim ibn Muhammad, a scholar of the Quran, a desire to seek knowledge, Qasim advised him to join the assembly of a well-known woman jurist of the day, Amara bin Al-Rahman. Imam Zuhri attended her assembly and later described her as "a boundless ocean of knowledge." In fact, Amra tutored a number of famous scholars, such as Abu Bakr Muhammad ibn Hazama and Yahya Ibn Said. Amra was not an anomaly in Islamic history, it actually abounds with famous female narrators of jurisprudence, starting with Ai'sha, Muhammad's wife. A conservative count would reveal at least 2,500 extraordinary women jurists, narrators of Muhammad's sayings (hadith), and poets. Yet, their stories are not always well-known or widely acknowledged.

However, that trend is now history. Nowadays, we hardly ever encounter female Islamic jurists. Women are all but absent from Islamic public and intellectual life. If we scan the records of the centuries of Islamic history, we find a host of women active in all areas of life, only to see them marginalized dramatically later. So, what happened? How and why have things changed in the last 300 years to the extent that it is unusual to find women involved in Islamic sciences. Unlike in the past, very few Muslim men would even consider being taught by a Muslim woman.

In fact, the Quran enshrined a new status for women and gave them rights that they could have only dreamed of before in Arabia; so why the seeming disparity between what once was and what now appears to be? This is a phenomenon that requires in-depth research. It is time to re-examine the sources and reassess how Muslim women in the past achieved such glory so that we can rid our society of the constraining perspectives which have come to be the norm.

On a historical level, Islam was incredibly advanced in providing revolutionary rights for women and uplifting women's status in the seventh century. Many of the revelations in the Quran were by nature reform-oriented, transforming key aspects of pre-Islamic customary laws and practices in progressive ways to eliminate injustice and suffering, but it is not enough to merely flaunt these values. We must act on them.

The reforms that took place in the early years of Islam were clearly progressive, changing with the needs of society; however, the more detailed rules that were laid out by the classical jurists only allowed many pre-Islamic customs to continue. These rules reflected the needs, customs and expectations of the society in which they lived, not the progressive reforms that were started during the time of Muhammad. Hence, the trajectory of reform which began at the time of Muhammad was halted in the medieval period through the further elaboration of fiqhI (Islamic jurisprudence), which was then selectively codified in the 19th and 20th centuries.

Cultures that arose since that time have been characterized by customs and localized leanings more than genuine Islamic values. The lives of the first Muslim women represent valuable models, transcending time and physical boundaries; therefore, these models can serve as powerful, culturally authentic tools in advancing the human rights agenda toward increased female empowerment in the political, social and economic spheres in Muslim communities. The contributions of these women to the Muslim community are undeniable and to some, they even appear almost mythical. They are mistakenly subscribing to the erroneous notion that contemporary Muslim women cannot attain such stature. However, these women are representative of many others who lived, fought, learned, worked and led during Islam's foundational period and beyond. Their male companions, the caliphs who assumed Muslim rule following the demise of Prophet Muhammad, treated them with respect, admiration and appreciation, as equals. Society needs to actively guard the progress the female society has made; otherwise, they can regress.

The colonial era has no doubt left deep scars; however, rejecting the West and berating it for the shortcomings of our world is a seductive and an easy way out. Instead, the gaze should now turn inward. Muslims need to look at themselves realistically instead of their imagined selves. The prophet was centuries ahead of the men of his time in his attitudes toward women and not surprisingly, right after he died, men started rolling back his reforms. The prophet may have been too advanced for the mindset of seventh-century men, but his compassion for women is exactly the model that Muslims in the 21st century need to emulate today.

Even in those nascent stages, Islam sought to elevate women and define them as independent agents with free will. Twenty-four women appear in the Quran in various forms and for various purposes; 18 of those women appear as minors, the major five being: Mary, mother of Jesus, Bilquis, the queen of Sheba, Mary's mother Hannah, Hawa (Eve) and Umm Musa, the mother of Moses. All of them are powerful examples of the tremendous potential of women.

In the 21st century, the combined spread of literacy, the availability and promotion of public education for both girls and boys, the expansion of job opportunities for women and the rising number of conversions to Islam from other religious traditions, particularly in the West, have added to the desire of Muslim women for greater empowerment in the practice and interpretation of their faith.

As in other areas of life, Muslim women have proven to be resourceful, creative and dedicated to claiming ownership and responsibility for their faith both individually and communally. This is despite the challenges they have often faced in gaining access to the appropriate religious training facilities and establishing credibility with the male religious establishments, particularly the clerical class. Today, Muslim women are active in Quranic study circles, mosque-based activities, community services sponsored by religious organizations and Islamic education, as both students and teachers. There are a rising number of female Quran reciters, Islamic lawyers and professors of Islamic studies throughout the world. This process is also helping to shake up some traditionally held cultural misconceptions. All Muslims can further activate the reform process by re-examining the lives of the very first Muslim women who lived during Islam's formative period, not just as historical figures, but as modern Islamic models that can be emulated today.

While many Muslims around the world learn about such exceptional Muslim women in school, their relevance to the contemporary context is frequently overlooked. Most critical aspects of their personalities are glossed over. Through learning and celebrating their examples, men and women can better understand and build upon notions of the role of Muslim women in a culturally authentic paradigm.

Contemporary Muslim women's activism in claiming an interpretive role within the Islamic tradition tends to focus on three key aspects of religious life: Reciting, teaching and interpreting the Quran. There is a multiplicity of voices in debates concerning a more empowering role for women, some conservative, others self-designated "progressive," who claim an equal position for both sexes, and others affirming certain unique roles for men and women. Vibrant, passionate and often contentious, these debates are among the most important in defining Islam and the place of women in it in the 21st century.

Although significant strides have been made in including women's voices in Islamic debates, challenges clearly remain, particularly in widely accepted conservative interpretations that appear to be supported by Quranic texts. Muslim women have successfully networked and engaged in dialogue and cooperation with other Muslim women globally. However, the ultimate success of joining women's voices to the interpretation of Islam requires their acceptance as equally capable interpreters alongside their male colleagues. Many Muslim men support and encourage this dialogue within Islam as critical to the development of Islam in the 21st century.

Based in Napur, Ph.D., Economics, author of several books on Islam including bestselling biographies of Prophet Muhammad and Caliph Umar