Trump has just shot himself in the foot 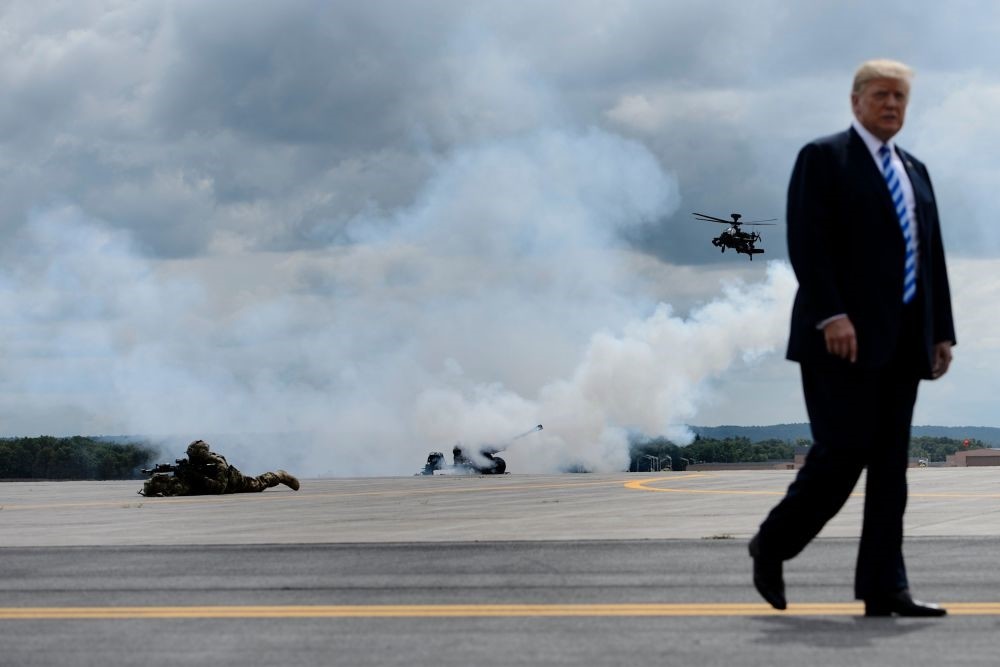 The tariffs imposed by U.S. President Donald Trump on Turkey and a number of other countries are causing havoc in the world economy. Why does Trump think it is acceptable to antagonize not only non-ally countries like China, but also close allies and trade partners?

The tariffs that U.S. President Donald Trump has imposed on aluminium and steel imports are having a widespread impact throughout the world. Trump's doubling of these tariffs for Turkey, in part of a foolhardy attempt to "punish" Turkey for insisting that the rule of law be upheld, has had a serious impact on the country's economy.

The majority of countries that import steel to the United States have had a 25 percent tariff slapped on them, while aluminium has been given a tariff of 10 percent. Such high tariffs are unprecedented, the average rate between U.S. and European goods being less than 3 percent. That puts a 50 percent tariff on Turkish steel in context.

What is the reason behind these tariffs, which have had precedents in former American administrations, and what does the future hold for both America and its trading "partners" (who are likely now to become trading antagonists)? Is it possible that Trump actually knows what he is doing?

Trump based his presidential campaign on the promise that he would "Make America Great Again." His main voting base consisted of evangelicals and what is known as the Rust Belt. This is the area where steel mills used to flourish; today many of these factories have been shut down, hence this area has become known as the Rust Belt. When it became cheaper to import steel rather than produce it locally, many steel mills shut down. The steel industry was an important mainstay of the American economy in the 20th century - the fact that the Pittsburgh Steelers hail from the Rust Belt just underlines this.

As early as February this year, Trump told the world that he would impose tariffs on other countries. He is quoted as having said: "I want to bring the steel industry back into our country. If that takes tariffs, let it take tariffs, OK? Maybe it will cost a little bit more, but we'll have jobs."

In May of this year Reuters published a report from Granite City, Illinois. The steel works, Granite City Works, was first established in the 19th century, and was the life source for the small town. Trump's first tariffs, imposed on steel imports in March, were very popular here. Indeed, we are told how earlier tariffs helped to make Granite City.

At the end of the 19th century, the McKinley Tariff Act was introduced in order to help the nascent steel industry. Granite City was established just a few years later. By the 1970s the town was booming, but since that time has fallen on hard times. It is for this reason that the voters of Granite City are very pleased with Donald Trump.

Experts say that for every job that is created by the tariffs, 16 jobs will be lost. Back in March, the Trade Partnership estimated that for every one job saved by any proposed tariff, only five U.S. jobs would be lost. This was when it was thought that Mexico and Canada would be exempt from the tariffs. However, with both countries having had tariffs slapped on them, the estimate has only risen. As of today, only Australia, Argentina, Brazil and South Korea are exempt from any tariff. 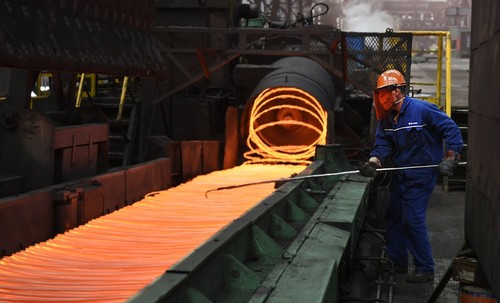 In the U.S. about 400,000 people are employed in metal-producing jobs, but over 4.5 million people are working in jobs that depend on metal. It is this latter group that will be faced with cutbacks when the price of steel increases. People working in construction, beverage production, the automotive industry, alternative energy and even financial services are now facing a real threat to their job security.

To make things worse, Trump is not able to wage this war in a unilateral manner. Those countries upon whom tariffs have been imposed (the list is huge and comprehensive) are not taking this lying down. From Canada to Europe, from Mexico to China and Turkey, all the affected countries are introducing their own tariffs on American goods.

This might seem like a silly tit-for-tat move. But the tariffs introduced in response to Trump's blatant disregard for international law will actually hit the Rust Belt, and the Deep South - home to many evangelicals, hard. How ironic that Trump's bid to keep his Rust Belt voters happy seems doomed to failure.

A U.S. retail industry trade group is quoted as having said that the tariffs "will raise the cost of doing business for thousands of American companies, including retailers, and will stifle efforts to expand and create jobs."

Trump doesn't tend to believe experts. All the predictions of job losses don't impress him much. But he need only look at history. When George W. Bush imposed tariffs on steel imports in 2002, 200,000 workers lost their jobs due to increased steel prices. Then, 18 months later, the World Trade Organization ruled that the tariffs were illegal.

Jimmy Carter introduced a limit on prices; this not only didn't help the steel industry, the move led to conflict with Europe and Japan.

Trump's justification for these tariffs is not that he wants to support his voter base, even though that is the real reason. He bangs on about national security, using the argument that reliance on imports leaves America vulnerable to embargoes by its enemies. This does not sit well with Europe, Mexico or Canada; they do not perceive themselves as American enemies. In particular, more than half the aluminium imports to America comes from Canada. The idea that Canada poses a security risk to America is ludicrous.

The Chinese government also stated that "there is no evidence that steel imports threaten to impair U.S. national security."

If one traces the development of this latest Trump fiasco, the actual intent behind the tariffs is clear. Trump started out by targeting China, and wanted to prevent the import of Chinese steel to preserve American jobs. China is dumping steel, he claimed. America is not a dumping ground, and we won't take it.

But China only supplies 3 percent of American steel. Two of the largest suppliers of metals to America are Canada and Mexico. Add to this the fact that the EU is the first largest trading partner for the U.S.

Basically what is happening here is Trump is trying to redefine the world. To quote Zack Beauchamp in a May edition of Vox: "...this isn't just a story of normal trade disputes between allies. Rather, it's of Trump challenging the network of political and economic relationships that essentially every post-World War II president has treated as the foundation of American international influence."

Trump's efforts to go down in history as the president who made "America Great Again" seem doomed to failure. Never mind the fact that the tariffs he is imposing on other countries are turning friends into foes; these tariffs, designed to help American industry, will very soon take their toll on American workers. There is no doubt: Trump does not know what he is doing. Thriving American businesses will start to struggle, and without a partner to trade with, without friends to buy goods from or to sell products to, not only will America not be "great again," America may well have to close its factory doors once and for all.