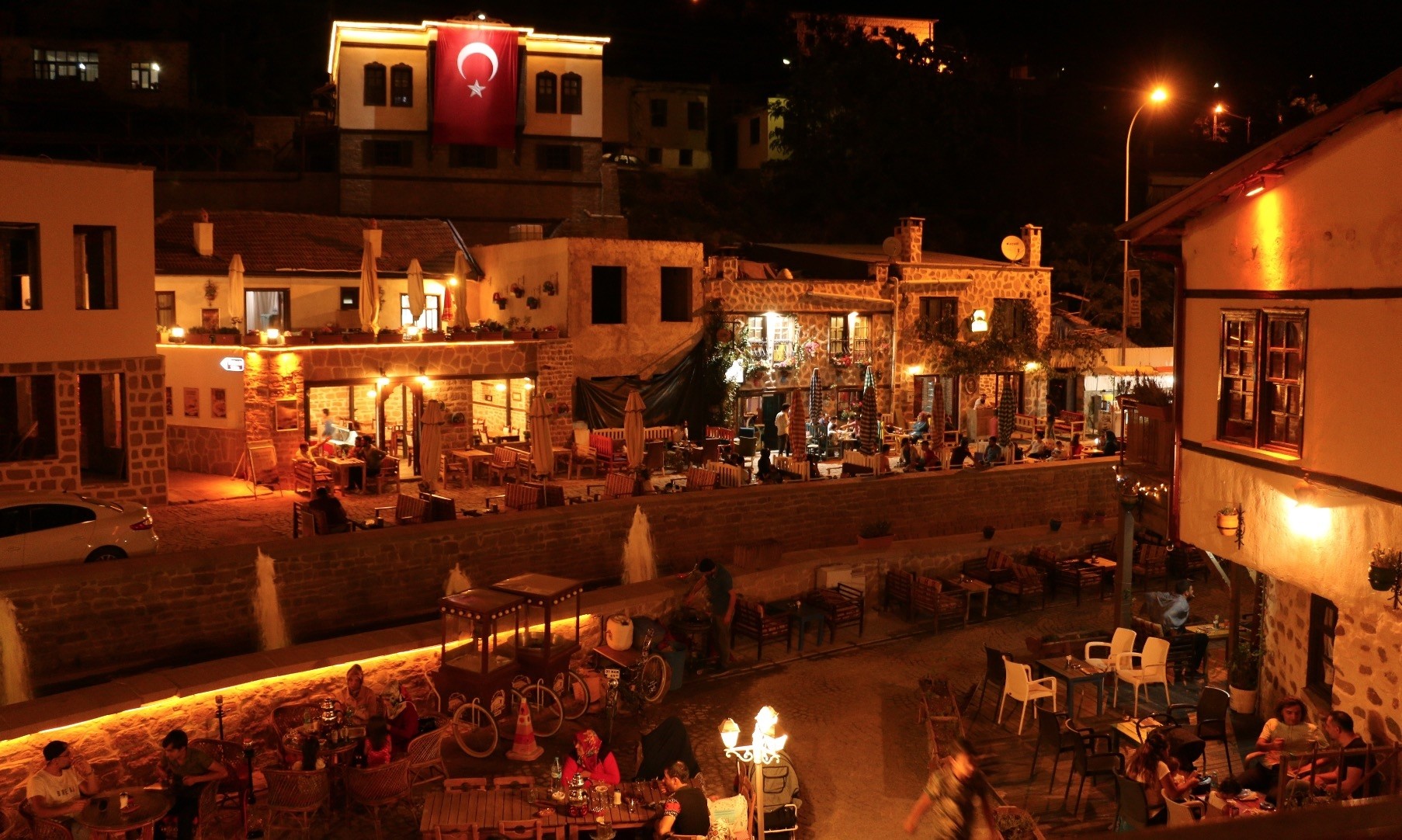 Sille draws visitors especially at nights with historical buildings decorated with lights.
by Daily Sabah with AA Sep 03, 2018 12:00 am

The neighborhood of Sille, nearly 10 kilometers from Konya's city center, is one of the most important tourist spots in Turkey, drawing visitors to the area around the clock

Bearing traces of Roman, Byzantine, Seljuk and Ottoman periods, Sille is a settlement with a 5,000-year-old history. Recently, this neighborhood has become a new destination for tourists due to environmental arrangements and newly opened places.

Managers of these places said that the Sille Night concept has started to shape the minds of people, as the neighborhood is memorable for its lighting.

The Sille Dam Park, the picnic area, pergolas, boat tours, the kite hill, tea gardens, restaurants and the pier help provide an opportunity to have a nice time.

Ali Osman Uygun, who grew in the neighborhood and is a business manager, told Anadolu Agency that Sille has an entertainment culture. Uygun said Turks and Greeks lived together for many years. Although Barana nights, gatherings for locals, had been forgotten over time, he said these nights are on the World Heritage List of the United Nations Educational, Scientific and Cultural Organization (UNESCO) and continue to be performed in other cities like Balıkesir.

Uygun said visitors to Sille can ride phaetons or horses and invited everyone to spend time in its historic atmosphere.

The owner of one new place, Mehmet Tekin, indicated the number of visitors to Sille increases every year and said: "Local people of Konya and tourists are among our customers. Many buildings have been restored and decorated with lights with regard to their history. Thus, Sille catches the interest of foreign tourists at night."

Sille is a unique center with great cultural assets. The people are strongly connected to Turkish Islamic cultural assets and maintain the old traditions in spite of the bad effects of modern times, keeping their culture alive in weddings, soldier farewells or greetings, Geregi ceremonies (harvest), monthly meetings or daily events in the last week of September.

Turkey's Central Anatolian city of Konya offers unique insights into the Seljuk civilization's ancient mosque, madrasas and architecture. Konya, listed as the Capital of Seljuk Civilization on UNESCO's World Tentative List since 2000, plays an important role in conveying the ancient cultural links of the Seljuks to new generations.

Along with the famous Alaaddin Mosque, built between the mid-12th and mid-13th centuries, and 72 ancient architectural elements, the city takes one back in time and enriches people with its history. Domestic and foreign tourists are mesmerized by the city.

Speaking to Anadolu Agency, provincial Culture and Tourism Director Abdussettar Yarar said Konya is the capital of Seljuk civilization.Underscoring that ancient structures in Konya are visited by hundreds of thousands of tourists each year, Yarar said: "The cultural heritage that Konya has is magnificent and unique. We will continue to work to protect and display this heritage."

According to UNESCO's official website, the Seljuks created a unique artistic world with cultural links reaching from the Anatolian heartland to central Asia, the Middle East and the shores of the Mediterranean and Konya is the significant example of this world.

The website notes that the outer fortress of Konya and the Sircali Madrasa, many small mosques and tombs are examples of Seljuk architecture.