Life as a Yörük: Close to nature, away from modern life 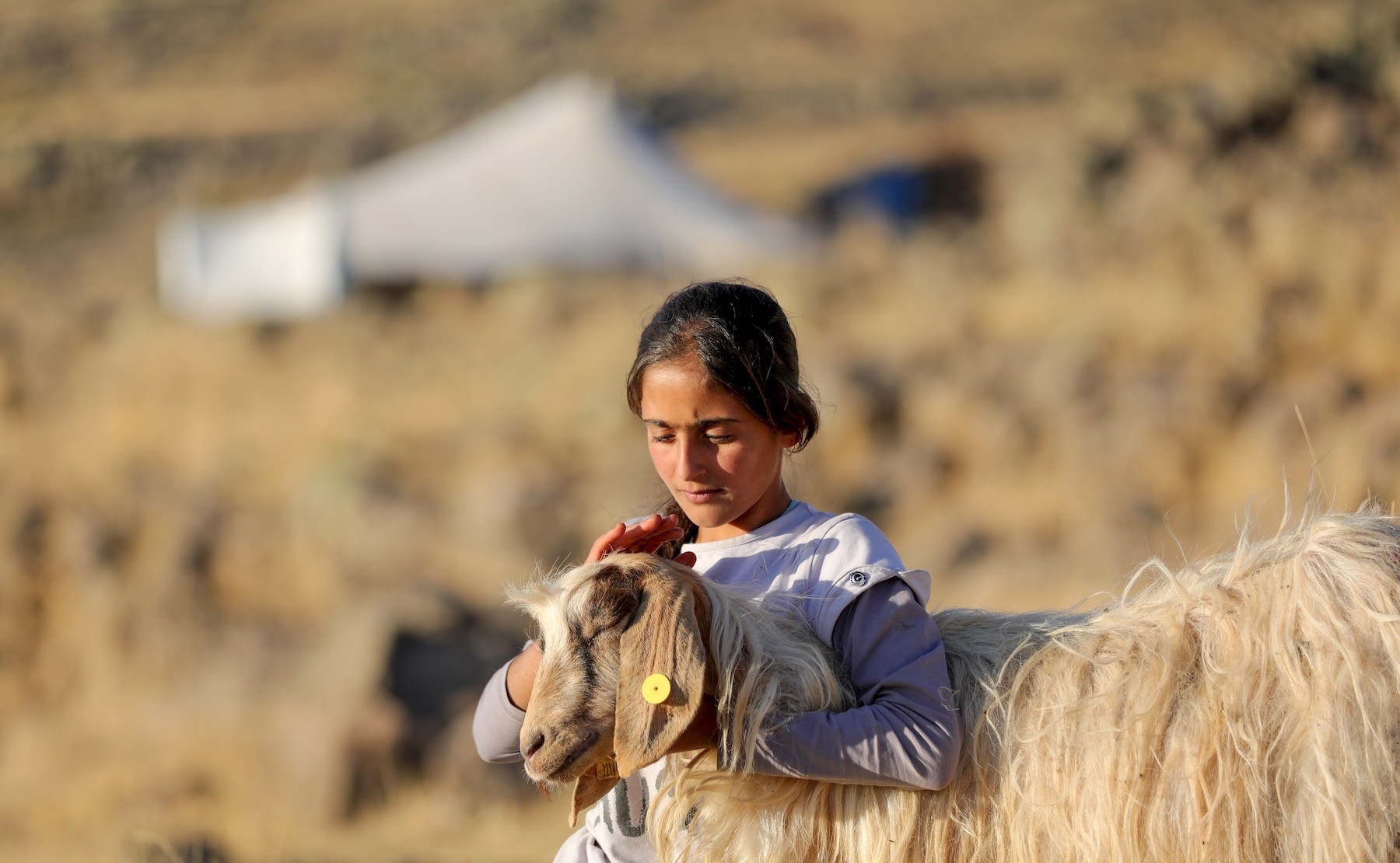 Although Turks have abandoned the nomadic lifestyle of their ancestors, there are still those who climb the highlands, live in tents and make a living by rearing livestock

Turkic tribes living as nomads in Central Asia traveled to the highlands in the summer and to the low lands during winter. When they started to head west, their sense of living did not change, and they kept their tradition of living as nomads in tents. Throughout history, these Turkic tribes scattered around the Middle East and Caucasia, but one of these tribes found their way to Anatolia, and most of them settled down for good, erecting villages, towns and even cities. However, some continued to live their lives as their ancestors did.

Records indicate that in the mid-13th century there were 200,000 Yörük tribal families living in tents between Denizli and İzmir alone. The existence of a further 100,000 tents was reported in the Kastamonu region of north central Anatolia, and 30,000 between Kütahya and Afyon. In the early 16th century, 72,268 Yörük tents could be found in western Anatolia, compared to 368,398 settled hearths in the same region. Until the early 19th century there were hundreds of thousands of Yörüks (a term used for Turkic nomads) living on Ottoman territories in the Balkans as well as in western Anatolia. In the 21st century, a great number of Turkish people have forgotten about nomad life, but there are still people, who are mostly involved in stockbreeding, living in in tents. 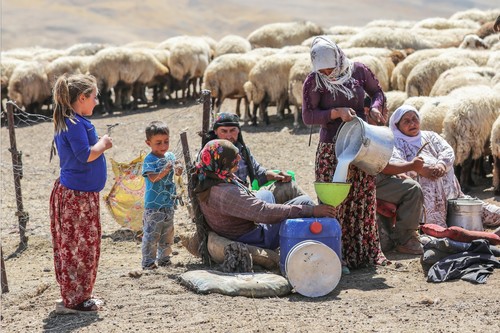 While children enjoy their lives on the highlands, women make cheese and yogurt from the milk of their livestock.

The Yörüks' animals are their main source of livelihood. Even the material for their felt tents and great black tents they shelter in are

fashioned from animal products. Their tents are made of sheep's wool, and the tents are woven from goat hair. The Yörüks eat meat, pounded wheat, greens and food made with sheep and goat's milk, which also provide them with butter, cheese and yogurt. Like wool and goat hair, dairy products obtained from livestock are sold when a market is set up nearby. The money earned in these transactions goes to buy winter provisions.

Today, some of these Yörüks live around Muş and Siirt in eastern Anatolia. Stockbreeder Yörüks take their herds as well as their families to higher grounds and live on their animals, making money from their milk.Every year, Yörüks get to the higher grounds in Muş's highlands in the Korkut district. Men look after the animals; the women milk the animals and make butter and cheese while the children play.

Despite the majestic natural beauty surrounding them, living as a nomad in the age of technology is not an easy task. Every individual, even children, has to work to survive.

One of those Yörüks in Muş, Şahin Tokal, has a family of nine and owns almost 3,000 animals. He says every summer they head to the highlands and rent a field and feed their animals. To handle the workload, all the family members have to work. The Tokal family is not the only one in the Muş highlands.

55-year-old Hamide Karabulut, a mother of 10, offered insight into her daily life in the highlands.

Every day, she says she wakes up for morning prayer and prepares food for the animals. Once the animals are nicely fed, she milks the animals and uses some of the milk to make cheese.

"We do not have any spare time," says Karabulut. "We have to work constantly in the day time. Life in the highlands is hard. Our livelihood is animal breeding. We inherited this way of life from our ancestors so we continue this tradition."

Women, the backbone of Yörük life

Women have a prominent role in the Yörük lifestyle. To begin with, the oldest woman in the family manages the tent. They weave the tents and saddlebags. They milk the animals and sew the clothes. They light fires in the tents, cook the meals, and make the bread. In their words, without women there would be no "Yörük Lifestyle."

Karabulut says her 18-year-old daughter, Gülistan, is her biggest helper. The young girl helps her mother with every task, including taking care of the household.

Although the tasks are hard, Gülistan says she loves the nomad lifestyle and sees the beauty behind the hard work.

"The fresh air, water and the beauty of the mountains are mesmerizing. We are living in the heart of all the natural beauty of Anatolia," she explains.

But nomad lifestyle has its hardships on the young as well. "It is hard not to have electricity on the mountains and being cut off from the rest of the world," she adds.

In contrast, the Çelik family comes to the Muş highlands from the neighboring city of Siirt. Yet similarly, they live off their livestock and mainly earn money from the milk, cheese and yogurt they get from their flock.

Cahit Çelik, the patriarch of the family, says they own nearly 2,000 sheep and live in the highlands most of the year, away from the chaos of city life.

His wife, 60-year-old Sabriye, says she knows no other lifestyle but the one in the highlands. The mother of 14, says she was born and raised in Yörük tents and now brings up her own children on the highlands.

"I get up early in the morning and make some tea and food for the shepherds. I milk the sheep and prepare wool for socks for the shepherds to use in the winter. I married Cahit Çelik almost 40 years ago," she says. "Life is hard in the highlands, but we are content with our lifestyle," she adds. "Every member of our family takes care of the animals since this is how we earn our livelihood. It is hard to find water here, but we managed to find a source about a kilometer from here."

While the grownups are busy with work, the children are excited to go back to school even if the highlands mean fun for them. "I love the life in the highlands, but I miss my teachers and friends so much. I can't wait to return to the school," says third-grader Berivan Çelik, adding that she has been in the highlands since summer break started.