The myth of an intolerant Islam 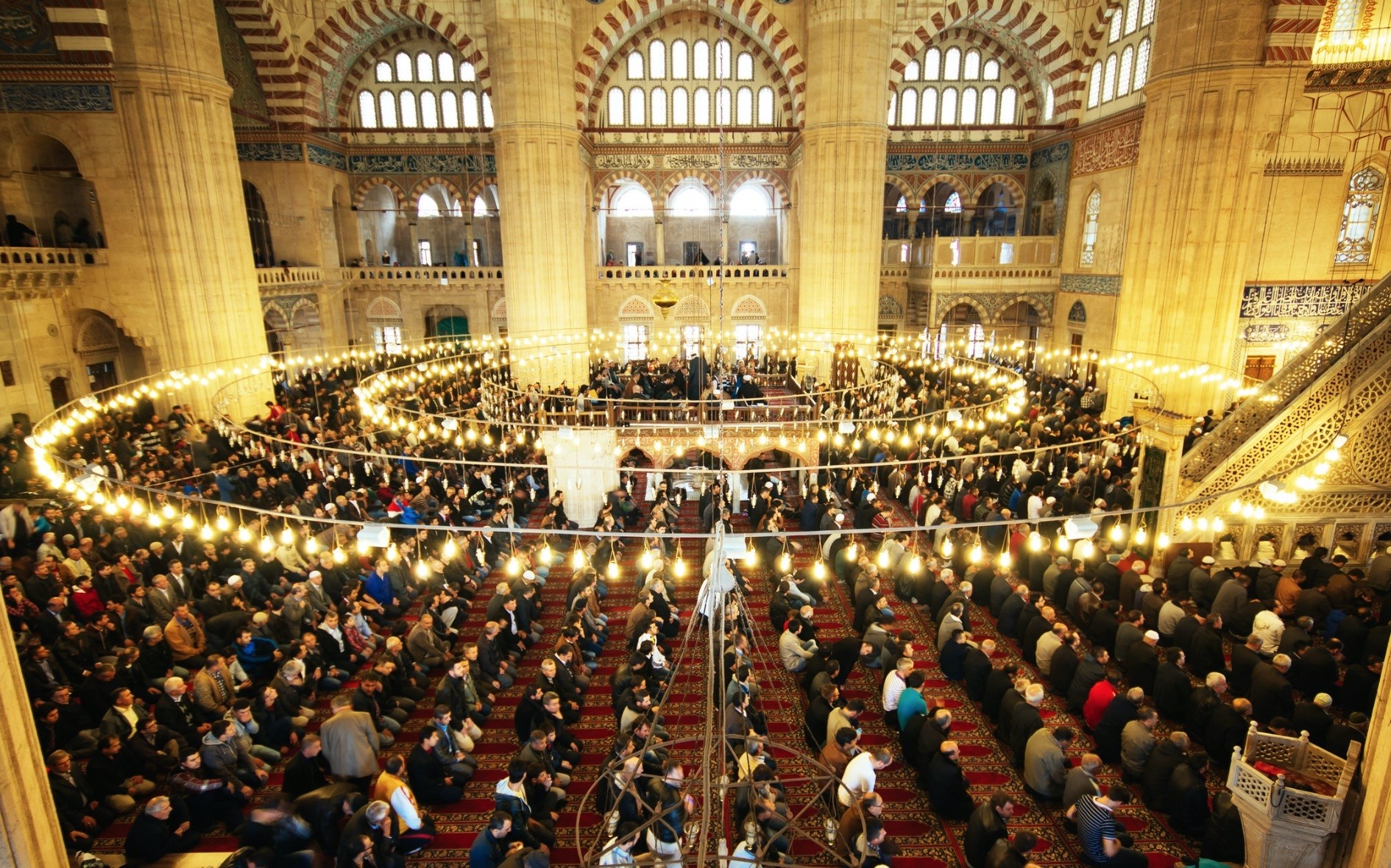 The core of the Quran is justice, freedom and peace, but Islam is not seen as such by many, thereby alienating and marginalizing Muslims

Islam is a massive faith with 1.6 billion followers spread across the Islamic world that stretches over 15,000 kilometers. A considerable section of the community lives as a minority community in many countries, battling issues of stereotyping, discrimination and identity.

With the powerful influence of Islamophobic brigades, there has been a massive surge of hatred against Islam and its adherents. Muslims continue to be demonized and projected as uniformly fundamentalist, violent and anti-secular. This powerfully flawed narrative and negative stereotyping continue to fuel Islam's distorted perceptions. This perception is not based on rigorous evidence but springs from intermittent reporting and speculation in the media. In a climate where Muslims are already feeling alienated and marginalized, it is unfair to mock and ridicule their religion and identity.

Islam, actually, is a religion of peace: That is its aim and goal. The Quran's powerful commandment should leave one in no doubt: "Whosoever killeth a human being for other than manslaughter or corruption in the earth, it shall be as though he had killed all of mankind, and whoso saveth the life of one, it shall be as if he had saved the life of all mankind" (Q5:32).

The Quran, in its essence, promotes justice, peace and freedom. Compassion and kindness underpin its core message. To understand this, one has to read the entire Quran and not isolated verses. No verse in the Quran is a standalone commandment. Each not only has a bearing on the other but amplifies it too.

The voice of the text is the fruit of a dialogue. For some, the peace of God is through his sword; for others, it is found in his unbounded mercy. The entire paradigm is built around human interpretation. The pacifists and the terrorists read the same text but present fundamentally different interpretations. It is important to consider the reader and interpreter of the Quran. The voice of the Quran heard by Islamic fundamentalists is not the same as the voice heard by progressive Muslims. It is essential that the entire verses of the Quran are read and understood in conjunction with each other. Reading and interpreting verses in isolation is a very incorrect way of engaging with the Quran. It would yield a meaning that conforms to your own worldview.

Islam does not promote violence

For example, the current modern definition of jihad is contrary to the linguistic meaning of the word, and also contrary to the beliefs of most Muslims who equate it with religious extremism. The word jihad stems from the Arabic root word J-H-D, which means "strive." Other words derived from this root include "effort," "labor" and "fatigue." Essentially, jihad is a struggle to stand by one's religion in the face of oppression and persecution. The effort may come in the form of fighting the evil in your own heart or standing up to a dictator. The first time the word is used in the Quran, it signifies a "resistance to oppression" (Q25:26) that is spiritual and intellectual rather than militant. The moralist approach espouses jihad through conscience (jihad bin nafs) while a more radical wing advocates jihad through the sword (jihad bin saif). In mainstream Muslim tradition also, the greatest jihad was not warfare but reform of oneself and one's society. Prophet Muhammad explained that true jihad was an inner struggle against egotism.There is a lot of misunderstanding on account of this verse: "slay them wherever you catch them" (Q2:191). But who is this referring to? Who are "they" that this verse discusses? The "them" are those terrorists who persecuted and killed innocent people for their faith. Some verses are very often "snipped" out of context by mischief makers for inflaming emotions, fostering misunderstandings and perpetuating violence on all sides. Quran 3:8 preemptively calls out people who cherry-pick verses as "perverse" people, declaring, "...those in whose hearts is perversity seek discord and wrong interpretation of [the Quran]."

Islam does permit fighting but only in self-defense - in defense of religion, or on the part of those who have been expelled forcibly from their homes. The permission given in Q22:40-41 to fight was only given to "those against whom war is waged." At the same time, it also lays down strict rules which include prohibitions against harming civilians and against destroying crops, trees, and livestock. It is critical that we understand this critical dimension of Islam.

First, Muslims cannot preemptively initiate a war. They are only allowed to act in defense. War can be waged if there is a situation where defenseless people are under attack. A war is considered just when one party does not cease aggression in spite of a proposed truce. If the enemy inclines toward peace, Muslims have to follow suit: "But if they stop, God is most forgiving, most merciful" (Q2:192). Also read: "Now if they incline toward peace, then incline to it, and place your trust in God, for God is the all-hearing, the all-knowing" (Q8:61). Second, Muslims are not allowed to transgress divine injunctions: "fight for the cause of God, those who fight you, but do not transgress, for God does not love the transgressors." (Q2:190). Third, Muslims have to treat prisoners of war with honor. Prisoners have to be released after the war, either in exchange for Muslims captives or only as a favor.

Historian Sir William Muir records how the Prophet Muhammad instructed his companions to treat prisoners of war. The refugees had houses of their own, received the prisoners with kindness and consideration. "Blessings on the men of Medina!" said one of them in later days: "they made us ride, while they themselves walked afoot; they gave us wheaten bread to eat when there was little of it, contenting themselves with dates."

Contrary to what some historians have portrayed, Islam did not impose itself by the sword. This has been emphatically made clear in the Quran: "There must be no coercion in matters of faith!" (Q2:256). In words quoted by Muhammad in one of his last public sermons, God tells all human beings, "O people! We have formed you into nations and tribes so that you may know one another" (Q49:13). Moreover, Islamic wars weren't just to defend Muslims against persecution - but to defend Christians, Jews, and people of all faiths. All verses addressing fighting are preconditioned with rules of self-defense. The Quran says that "persecution is worse than slaughter" and "let there be no hostility except to those who practice oppression" (Q2:190-193).

Tolerance is the essence of Islam

On his victorious rerun to Mecca after 20 years, the Prophet Muhammad bore no animosity for the locals who had persecuted him and his band, forcing them to emigrate to Medina. He offered blanket forgiveness, the only condition being that Meccans accept universal freedom of conscience.

In keeping with this spirit of tolerance that Prophet Muhammad demonstrated during his lifetime, today's Muslim thinkers feel there exists no imperative to distance themselves from this tradition of mutual respect and peaceful coexistence. They are plumbing it to find resources to help them adapt to the modern world and to shape it on those lines. Muslim religious scholars are exhuming and popularizing principles and practices that allowed Muslims in the past to coexist with others, in peace and on equal terms, regardless of creed and faith. They keep reminding themselves that the seventh-century Medina accepted Jews as equal members of the community (umma) under the Constitution of Medina drawn up by Prophet Muhammad in 622 A.D.

Muslim reformers are returning to the foundational text, the Quran and its commentaries and other early sources of religion - authentic sayings of Prophet Muhammad, early historical chronicles - for seeking solutions in these troubled times. They are combing their literature for shedding better light on moral guidelines and ethical prescriptions.

There is no better testament to Prophet Muhammad's credo of tolerance and forgiveness than the attestation of non-Muslim historian Stanley Lane-Poole: "The day of Muhammad's greatest triumph over his enemies was also the day of his grandest victory over himself. He freely forgave the Quraysh all the years of sorrow and cruel scorn in which they had afflicted him and gave an amnesty to the whole population of Mecca."

Based in Napur, Ph.D., Economics, author of several books on Islam including bestselling biographies of Prophet Muhammad and Caliph Umar
Last Update: Sep 14, 2018 1:46 am
RELATED TOPICS