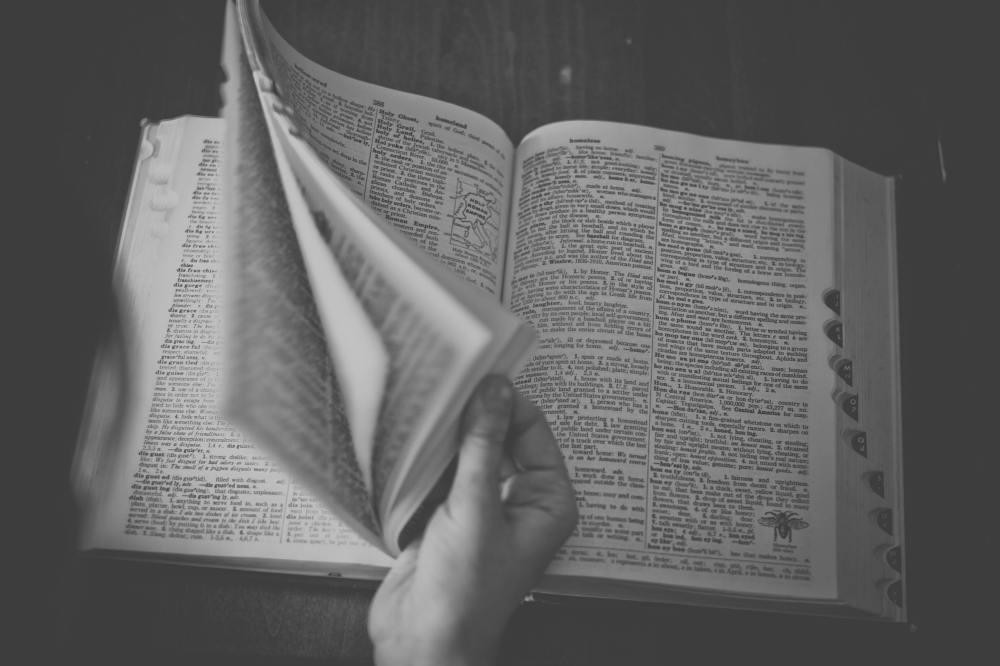 Words are great; this statement is one that few would argue with. Words make up language, and language allows us to communicate with others in the most effective way possible

Words are our most basic means of communication. Young children soon learn the words that they need to communicate their most basic needs. As we grow, so does our vocabulary.

A language is not something that is set in stone. It evolves, changing with the times. "Selfie" came into the English - and indeed the Turkish language - as a word made up to meet a new need. Never before did we need a word to describe a self-portrait photo taken on a smart phone, but then suddenly everyone was doing these self-portraits... What to call them? Soon everyone was talking about selfies. So much so that the word leaked into other languages.

Languages change. They evolve. Some words become obsolete. Some are added. The best words have been added to our language by authors. Though I am sure there are novelists/poets who contributed neologisms, a fancy word for "new word," to the English language before William Shakespeare, but he seems like a good starting point. So let's start there. 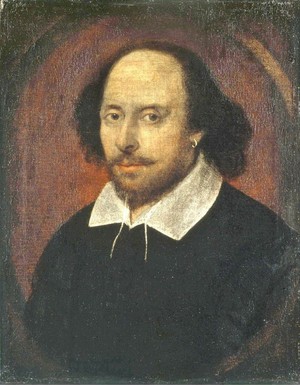 Shakespeare came up with a lot of new words. Over 300 of these he created by adding the prefix "un-" to a word; Shakespeare was the first to use the words "unaware," "unreal" and "uncomfortable." But he went further than just prefixing already existing words. He took the noun "elbow," and used it as a verb for the first time. I thank him for this very useful verb every time I have to push my way through crowds. He was the first to use the noun "critic;" what a can of worms he was opening up for his fellow playwrights. He also came up with "dauntless," "dwindle" and "lackluster."

These words have simply become part of the language today. Samuel Coleridge, the poet came up with words like "soul-mate," "actualize," "narcissist," "psychosomatic," "intensify" and "selfless." All words befitting a poet.

Dickens also gave us the use of "doormat" for referring to a person who lets themselves be walked over, pushed around; that is, someone who generally allows themselves to be used like a, well, doormat.

One of the most prolific authors to produce neologisms must be Lewis Carroll. In "Alice in Wonderland" a number of nonsense words are introduced. However, Carroll is very careful to use them in such a way that they are rendered meaningful. And thus, they easily passed into everyday life. In "Through the Looking-Glass," Carroll gave us the word "chortle," a combination of chuckle and snort. This is what our middle school teachers used to tell us was a "portmanteau" word. They never bothered to tell us what a portmanteau was, or why this type of verb/noun/adjective was referred to as such. But Carroll does tell us. A portmanteau, in the day, was a suitcase that was divided into two parts. Its name derives from the French - porter - to carry and manteaux - cloak. Humpty Dumpty explains just what a portmanteau word is to poor Alice. They are discussing the word "slithy," and Alice is at a loss. Humpty tells her "Well, 'SLITHY' means 'lithe and slimy.' 'Lithe' is the same as 'active.' You see it's like a portmanteau - there are two meanings packed up in one word."

I have always loved Carroll's "Jabberwocky" poem. Perhaps because it contains one of my favorite words: "Galumph." Why do I love galumph? Because you can understand its meaning from how it sounds... It is a clumsy word meaning to move in a very clumsy, loud manner.

I think the real reason why I love the Jabberwock is summed up best by Alice. She tells Humpty Dumpty, "It's RATHER hard to understand!" Even so, she said, "Somehoaw it seems to fill my head with ideas - only I don't know exactly what they are! However, SOMEBODY killed SOMETHING: that's clear, at any rate." The Jabberwock really does fill one's heads with ideas...

Perhaps it was my early love for the Jabberwock that led me to love words so much.

Another great author who gave us neologisms, filling his works with them, was James Joyce. The Irish author came up with a word that we really need today: "smilesmirk." Where would our teenagers' selfies be without that good old smilesmirk? But Joyce outdid himself in his novel "Finnegans Wake" ... The word "Bababadalgharaghtakamminarronnkonnbronntonner-ronntuonnthunntrovarrhounawnskawntoohoohoordenenthurnuk" is supposed to sound like thunder. I suppose if you can get it all out in one breath it would sound a bit thunderous.

Roald Dahl was no mean neologist - although my computer says this is not a real word, it is. I didn't make it up. Really. His new words include "bish" (to ruin something), "biffsquiggled" (confused) "darksome" (dark and scary) and "grunion" (a mean old person). Dahl made up thousands of words for his children's novels. Like the made-up nonsense words of Dr. Seuss, another great inventor of words, Dahl's words are clear from the context, and merely add to the reading pleasure.

Another reason I love words so much could be because of my father's Scrabble rule. If you had a word, even if was not a real word, if you could define it, and the definition made sense, you could take the points. I wish I had known about James Joyce's thunderous word at this time. But what such a rule did was to stretch our imagination and our language skills at a very early age.

It is refreshing to see that some people are playing a version of the "if you make it up and you can define it, you can have it" game on line. One person came up with the word "puffalope;" a puffalope is a padded envelope. This is a word that I am adding to my vocabulary today.

Elitedaily.com provides 24 words that should be in the dictionary (they say) (and I agree). One of them is "unlightening." This word means "to learn something that makes you dumber." Unfortunately, in today's world there is a greater and greater need for a word like unlightening.

Another one that I have certainly been missing is "destinesia" - "when you get to where you intended to go, but forget why you were going there in the first place." I could use this word a couple times a day I think.

The word "unkeyboardinated" is one that I would definitely find useful on certain days; the meaning is that one is unable to type without making errors. Some days I am seriously keyboard challenged... or unkeyboardinated. This word is a keeper.

The meaning of "textpectation" is kind of obvious. The feeling you have while waiting for someone to reply to your text. I think this will soon find itself into mainstream dictionaries.

"Chairdrobe" is an extremely useful word for me. It is when you use your chair to hang (or throw) your clothes on, rather than hanging them up in the closet. Sometimes I have to drag in another unwillingly chair from another room to act as a backup chairdrobe. I fear that one day I will run out of chairs.

"Columbusing" is probably my favorite of the neologisms given here. It means: "When white people claim to have discovered something that has been around for years, decades or centuries."

In addition to neologisms, there is another word phenomenon. I really had a field day researching this article. Not only are there words that were brought to the language by famous authors. There are also words that are totally made up. And then there are GHOST words. How cool is that!

A ghost word is a word that appears in a dictionary, even though it DOES NOT REALLY EXIST.

One of the most famous ghost words is "dord." It appears in the 1931 version of the Webster dictionary as an abbreviation for density in physics or chemistry. It took a few years for the good folks at Webster to figure out what had happened. A slip of paper had been sent by a chemistry editor saying 'D' or 'd' - abbreviation for density. However, the spaces between the first "d" and the "or" and the last "d" were not sufficient (and they did not use quotation marks), so the word appears as "dord." It was removed from the dictionary in 1947.

Apparently "tweed" (as in a tweed jacket) is also a ghost word. It is thought to come from the Scottish word "tweel" (which the English pronounced "twill"). There was no such word as "tweed" in the Scottish language to begin with.

And then there is the term "Mountweazel." In 1975, the New Columbia Encyclopedia gave an entry for Lillian Virginia Mountweazel. Mountweazel was an American fountain designer. She gained fame for her coffee table book on rural American mailboxes. She lost her life in an explosion, while she was researching an article for Combustibles magazine.

The funny thing is that people just accepted this as fact. If it is in an encyclopedia it must be true. The article was actually an attempt to prevent plagiarism. It was a totally fictional entry. And when it turned up in other encyclopedias or reference work, it became clear that people were merely copying the information from the New Columbia Encyclopedia.

So, made up words. Nonsense words. And ghost words. Words are great. It is wonderful what we can make our languages do. They are as flexible as we want them to be. They grow, expand and learn to express what we need them to express.