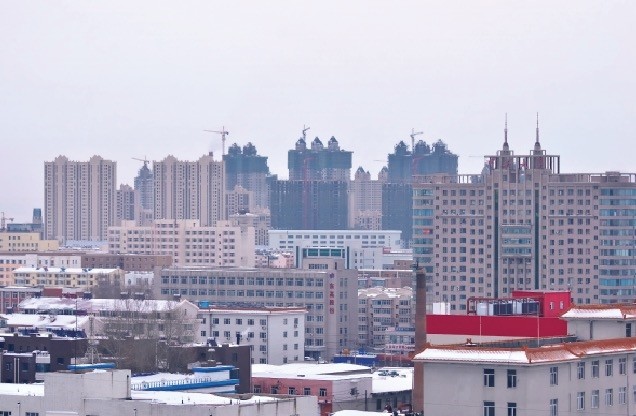 A new science park in Changchun aims to lead the way n scientific development in the country. According to the 2010 census of China, Changchun has a population of over 7.5 million.
by Ayşe Betül Bal Sep 18, 2018 12:00 am

China is opening up more and more to the rest of the world with its growing economy and technology. In the last few decades, it has gained acceleration with scientific development thanks to science parks scattered around the country. One of the biggest and most important among them is the one in Changchun in northeastern China

Now celebrating its 40th anniversary, China's reform and opening-up policy initiated by Deng Xiaoping in 1978 was a successful turning point for China and the international community. Over the past 40 years, China has undergone a radical socioeconomic transition. Through significant growth in the country's economy, China became an economic giant with the world's largest foreign reserves, the second-largest gross domestic product (GDP) and third-highest levels of foreign direct investment.

The Chinese model of development has not only relied on the country's prominent cities but also involved a far-reaching developmental policy that has encompassed the country as a whole.

With its reform policy that aimed to further open the country to the outside world while initiating all-round developmental projects across the country, the Chinese government established economic and technological developmental zones that further led to the establishment of new national-level areas – a concept used to create a functional zone to promote national development and opening-up missions. Changchun, the capital city of China's northeastern Jilin province with a population of 7 million, is home to one of these new areas and a leading city for the reforms, developmental projects, innovations and opening-up policies for the entire northeast region of China.

Under the leadership of President Xi Jinping, arguably China's most influential political figure since Deng Xiaoping, the 17th national-level new area, the Changchun New Area, has been constructed.

One of the formations constructed in the new area, the Beihu Science Park, has attracted various enterprises and scientific institutions while encouraging many others. In an interview with Daily Sabah, Liang Xiao, the deputy secretary of the party committee and the service director of Beihu Science Park, said, "Over 280 companies have settled in the science park along with the subsidiaries of 14 listed companies. This science park can be regarded as a gathering place for various companies and enterprises." 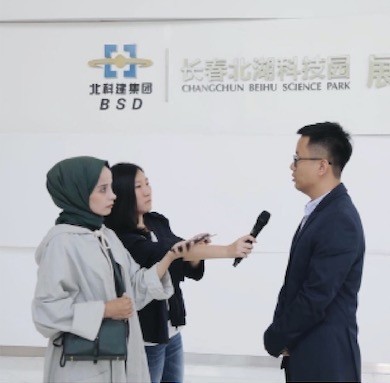 Saying the science park alone has made a significant contribution to the area's economic progress, Liang continued, "The production value of the science park has hit over 35 billion yuan ($5.09 billion), so the park has made efficient contributions and important support to the strategic adjustment, transformation and adjustments of enterprises in Changchun and in general, the Jilin province."

Although its regional and nation level advantages are at the fore, Beihu Science Park also serves the middle-sized and small-sized companies in Changchun to provide these companies with more benefits for development.

The aim of the Changchun New Area is to make the area an economically developed cooperative platform with an innovative industry that can be integrated into the global economic landscape while transforming the capital city into a "smart city" and a high-tech science hub for the entire northeastern provinces of China.

On Oct. 7, 2015, the first high-resolution, remote-sensing commercial satellite, Jilin-1, independently invented by Chang Guang Satellite Technology Co. Ltd., was launched from the Jiuquan Satellite Launch Center in China. One of the leading high-tech companies established and supported in recent years, the commercial company is the only one of its kind in China that produces, develops and launches satellites.

Highlighting this fact, Wei Shubo, general office director of the company, said, "It is also the only company that has a whole industrial line related to satellites and satellite products in China while being the only company able to launch commercial satellites."

Since its establishment, the company has performed five launches and sent 11 satellites into orbit. Saying that the company is now working on the establishment of the Aerospace Information Industrial Park in Jilin province, Wei added, "This company will gradually become an industrial cluster with the research, development and production of satellites and UAVs, remote-information processing and application. In the future, the company will establish a platform of innovation based on the Aerospace Information Industrial Park to development the commercial aerospace industry, high-end equipment manufacturing and promote the development in northeast China."

Focusing on the development of existing industrial bases in the city, which has always been the northeastern center of industrialization in China, the Changchun New Area further aimed to be a center for free trade with its land ports and free-trade zones. The capital Changchun is the starting point of the China Railway Express' northeast leg in Jilin, namely the Chang-Man-Europe Railway. The railway's transport and delivery of goods has been encouraged between China and European countries via the Chang-Man-Europe Railway and holds a significant place and potential in China's international trade. Wang Yue, the CEO of Changchun International Land Port (CCILP) Development Co. Ltd., said, "The land port is also the starting point of sea-railway transportation from Changchun to Dalian, a harbor city in northeast China. Last year, the total freight traffic volume, including that transported on the Chang-Man-Europe Railway and sea-railway transport from Changchun to Dalian, was over 60,000 TEU [twenty-foot equivalent unit], which is a significant amount according to our standards. To encourage more development, this year, we initiated the second phase of the project and opened a supervision center for Chinese customs for multimodal transport."

According to officials, after the second phase is complete, the whole work zone will cover an area of 200,000 square meters.

With the scientific advancements and regional development of the Changchun New Area, the traditional industries of Changchun improved rather than being completely disregarded. For example, the water purification facilities constructed during the first years of the Chinese establishment have been renovated and turned into advanced water purification facilities. In fact, the whole area is becoming a complex zone for those facilities as well as for leisure and education that focuses on ecological protection thanks to the Changchun Water Culture Ecological Garden. Changchun is a key city for the reform and opening-up policy. It is a pilot zone that aims to improve regional cooperation with neighboring countries and carry out cross-border industrial cooperation with countries along the Belt and Road Initiative, a visionary example of China's new policies. Described as a "second revolution" by Deng himself, a range of economic changes and reforms have driven China's new policy, leading to its huge contribution to the world's economy as well as greater integration with its unique Chinese socialism.