Clowns then and now: Innocent fun or lurking evil? 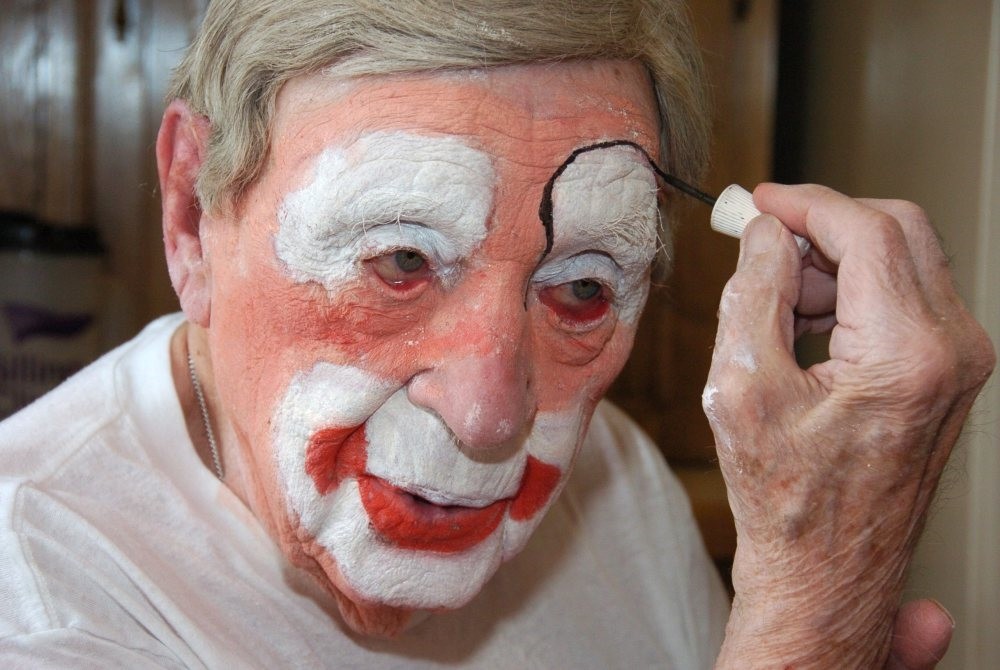 Clowns have been entertaining adults and children for centuries. Existing in almost every culture, both ancient and modern, the recent antics of rogue clowns are taking us back to their dark, sinister past

This column has focused on clowns (as well as honorable politicians) many times over the past few years. But with the onset of October, the idea of donning a mask, dressing up and perhaps having just a little "fun" being frightened or frightening others comes to mind.

I have never been a fan of the clown… One of my earliest memories is being taken to a television studio to be part of a live audience for a children's show. The rest of the day is a blank – I do know that the show was "Bozo the Clown." This was a show I had never liked before, or after, that day.

Perhaps my antipathy to clowns stems from an early toy – one that terrorized me. It was jack in the box, the "jack" of which was a grinning "Punch" or clown figure. Every time I cranked the handle, I knew that somewhere in the horrible "pop goes the weasel" tune that grinning head would pop out at me, waving back and forth in a vaguely threatening manner. It was at this age that the horror/terror genre and I parted ways. Some people enjoy being frightened. Some don't. I am of the latter category.

But that is not to say I have not enjoyed seeing clowns in circuses. Their antics, their pranks and their stunts amuse and astound the crowds. They are a light relief after a breathtaking acrobatics or trapeze performance. Clowns are used in hospitals to cheer up children, and although some people suffer from coulrophobia (phobia of clowns), they are really loved by many people.

Clowns lurking around the corner

Yet, people's enjoyment of being frightened has led to some odd phenomena. A couple of years ago "scary clowns," or "clowns gone bad" started to appear in the month of October in the U.K. and in the U.S.

Although newspaper the Mirror claimed that this was "a Northern problem," scary clowns popped up all over the U.K., prompting the Russian embassy to warn Russian citizens in the country to be careful.

The first sign of the original epidemic was known as the Northampton Clown. This figure was dressed like Pennywise from the Stephen King novel "It." The Northampton Clown never hurt anyone, but he just loitered around, not speaking. He would appear suddenly and stare at people, not saying a word; this sinister silence was probably more terrifying than if he had screamed at them.

Then clowns started to appear all over the country, as well as in the U.S. There were clowns appearing in carparks, lurking in shadows, and terrorizing people by brandishing weapons. There were even reports of clowns chasing children. Although no one was hurt, this horrific turn that the comic man of the circus has taken is disturbing.

However, the history of clowns is not one of laughter, joy and pleasure. Clowns appear in Egyptian hieroglyphs and Stupidus told riddles and carried out slapstick routines in ancient Rome.

The clown has a direct connection with the court jester, who was responsible for "entertaining" the king or ruler. The court jester could say things that other courtiers could not. He could make fun of the king, point out his foibles and weaknesses. And some court jesters had real influence. It is reported that it was the jester/fool in the Chinese court who dissuaded the emperor from painting the Great Wall of China (much to the dismay of the royal wall painters I would assume).

Steven Scholzman, a psychiatrist at Harvard Medical School, tells us, "If [clowns] didn't make the king laugh, they paid a pretty steep price. A lot of the jesters were mutilated to make them smile all the time. They would have the muscles cut that enabled the mouth to frown." (And now we know where Joker got his look from…).

Modern-day clowns: What is behind the makeup?

It was from this jester that the modern day clown developed. There are three types of "main" clowns. The Whiteface, the Auguste and the Tramp.

A whiteface clown paints all their skin white with makeup or cloth. This is the white greasepaint clown that we all know. There are different categories of the Whiteface Clown, including one known as "the grotesque," which has oversized features. The Whiteface clown is usually the "clever" clown, the one who plays the tricks on the other clown.

The Auguste only uses white paint around their eyes and mouth, and usually, have a large red nose. They wear over the large brightly colored costume. This character is simpler and keeps getting things wrong. They are the victim of the Whiteface's tricks.

The Tramp clown is said to have been inspired by homeless people at the end of the 19th century; clearly, Charlie Chaplin has a role here. They paint white around their mouth and wear tattered or patched clothing. This clown can be sad or happy.

But, let's get back to examining the darker side of clowns… The court jester having his muscles sliced to make him smile seems kind of dark. But it is actually darker...

Before Joseph Grimaldi, known as the first "modern" clown, an 1892 opera by Leoncavallo, Pagliacci, features a clown character – Canio. Canio is not a happy bunny. He is an obsessive and jealous clown who kills his wife, her lover and then himself. And this opera, like so much of art, was based on a real-life murder case. This sad, terrifying story of an entertainer being miserable and losing it was so popular that the word "pagliacci" (players/actors) today means "clown" both in Italian, and also in Turkish (palyaço). There are other plays, stories and legends about unhappy clowns who go bad.

The reality of Joseph Grimaldi's life is also very sad. He was the first to use white face makeup and a colorful wig, and his routine included a great deal of comedy. But in real life Grimaldi suffered from depression; his wife died during childbirth and his son died at the age of 31. The son, also a clown, was an alcoholic. Apparently, Grimaldi was in constant pain due to the damage his routines did to his body.

Jean-Gaspard Deburau, or Pierrot, the greatest French clown, did not fare much better. He lost his temper with a boy who was shouting at him and hit him with his walking stick, killing the boy. Pierrot was acquitted of murder, but his reputation was damaged.

In 1876, Edmond de Congourt, a literary critic said, "The clown's art is now rather terrifying and full of anxiety and apprehension, their suicidal feats, their monstrous gesticulations and frenzied mimicry remind one of the courtyards of a lunatic asylum."

This might be the problem with clowns, they have a kind of manic behavior and are extreme in all their movements. The laughter they generate can easily descend into terror.

But it was probably John Wayne Gacy who helped to settle the idea of the "evil clown" in the modern public mind.

Gacy, the "killer clown" was a contractor, amateur magician and painter. He worked as a clown at children's birthday parties. It is estimated that he raped and murdered 33 boys. The majority of these were buried in the crawlspace under his house. It is thought that Pennywise from "It" was inspired by Gacy's real-life story.

The problem with the clown is that it is a figure that was never innocent – the court jester was bawdy and rude. His sole job was to make one specific adult laugh, often at the expense of the other people in the court.

But in the 20th century, with the rapid expansion of circuses in America and Europe, the clown's image was quickly cleaned up and reinvented for the entertainment of children. With this makeover, an expectation of innocent fun was created.

But for those making horror films, for those with nefarious intentions, the putting on of a mask, hiding one's face and figure became a vehicle for unexpected evil. As a literary instrument, nothing could be better. Evil lurking behind innocence. And just as art imitates life, life imitates art.

What was a clever twist in a novel or film has become a gruesome pastime for disturbed individuals with nothing better to do with their lives.

So as Halloween roles up, beware the clown. There is one whom we should be particularly wary. Benjamin Radford tells us, "Donald Trump has exploited aspects of the evil clown perfectly – he's a showman, a performer, he insults people and then when called on it, he says 'I was just joking' – he does it for attention, as clowns do. Regardless of how you feel about Trump, there are many clear parallels to the evil clown character."