The 7,500-year-old city of Laodicea, the last church of Revelation 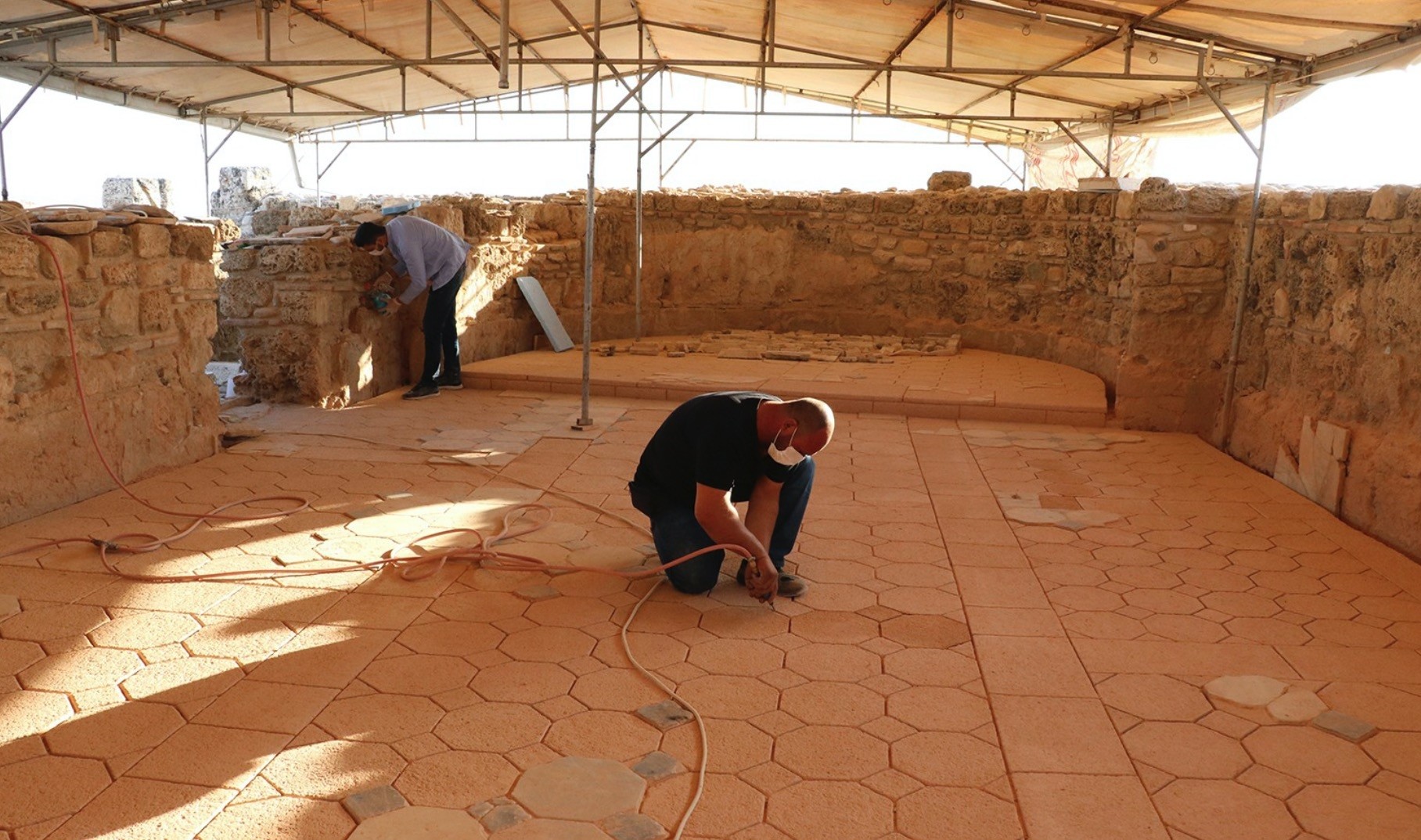 Excavation works continue at the Peristyle Houseu2019s Oratory and North (Sacred) Agora parts this year.
by Daily Sabah with AA Oct 08, 2018 12:00 am

The ancient city of Laodicea, also known as Laodicea on the Lycus, is the first institutional and the largest archaeological site in Denizli

Situated in the province of Denizli, Laodicea on the Lycus was an ancient metropolis within the borders of Turkey. The city was a largely unknown archaeological site before 2003 but after the excavation works were initiated by the Denizli Museum, the city was brought to light.

The extensive excavations took place under the leadership of Ali Ceylan and in cooperation with Pamukkale University's (PAU) Department of Archaeology.

Ancient sources say that the city was founded in honor of Laodice, the wife of Seleucid King Antiochus II Theos, in the third century B.C. However, excavations revealed that the history of Laodicea dates back to 5,500 B.C.

The city had its golden period between the first and third centuries A.D. According to the calculations, the city's population was around 80,000 during that period. Considering that ancient cities of Hierapolis and Tripolis had populations around 40 thousand, Laodicea was a metropolis.

Laodicea also had one of the seven churches of Asia mentioned in the Book of Revelation. The seventh one is the Laodicea Church. For institutional archaeology, it is of critical importance to detect, restore and protect the church, which dates back to the period of Constantine.

In modern times, the first researcher who became interested in the ruins of Laodicea was G. Weber. He carried out minor excavations there in 1833, and then in 1843.

In 2002, a new round of systematic archaeological work began in Laodicea. A team of Turkish archaeologists, led by Professor Celal Şimşek from Pamukkale University, has been working in Laodicea continuously since 2003.

The archaeological research shed light on the connections between past and present. They showed that Denizli was an important commercial and industrial city for thousands of years. It was found that the textiles produced in the city were exported from all around the world and the marble trade was enabled through the channel of the lake in the plains and the Büyük Menderes River, and grains and animal products were abundant in the region.

The group unearthed the world's longest and most thorough ancient "water law" in Laodicea in 2015. Dedicated to Roman Emperor Traianus, this inscription consists of 30 lines and has characteristics to be presented to the World Water Forum. It is significant as it is the longest and most thorough inscription, including subjects such as the preservation and systematic distribution of water sources and honesty of the people distributing water.

Excavation works are conducted at the Peristyle House with Oratory and North (Sacred) Agora part in the site this year. The excavator group sustaining the works discovered that the internal section of the travertine blocs in Agora was completely adorned with frescoes. They are gradually restoring the internal section in a systematic way.

Şimşek, who is the head of Pamukkale University's Arts and Sciences Faculty and the head of excavations for Laodicea, stated that they made great contributions to touristic activities in Denizli. He said that an average of two million tourists annually visit Pamukkale and Hierapolis, whereas Laodicea is visited annually by an average of 300,000 visitors.

Emphasizing that they marked important novelties for both the university and Laodicea over the course of the excavation works, Şimşek said, "Most importantly, PAU achieved certain standards in terms of archaeological research. The first archaeology institute in our country was founded in the university. Today, PAU is conducting five excavation works upon the cabinet decision and making surface explorations. The works in Laodicea constitutes the first institutional and the largest excavation site in Turkey ongoing uninterruptedly since 2009. With its infrastructure, laboratories, conference halls, library and architectural drawing rooms; a system has been established here. We wish to build a living archaeology park here."