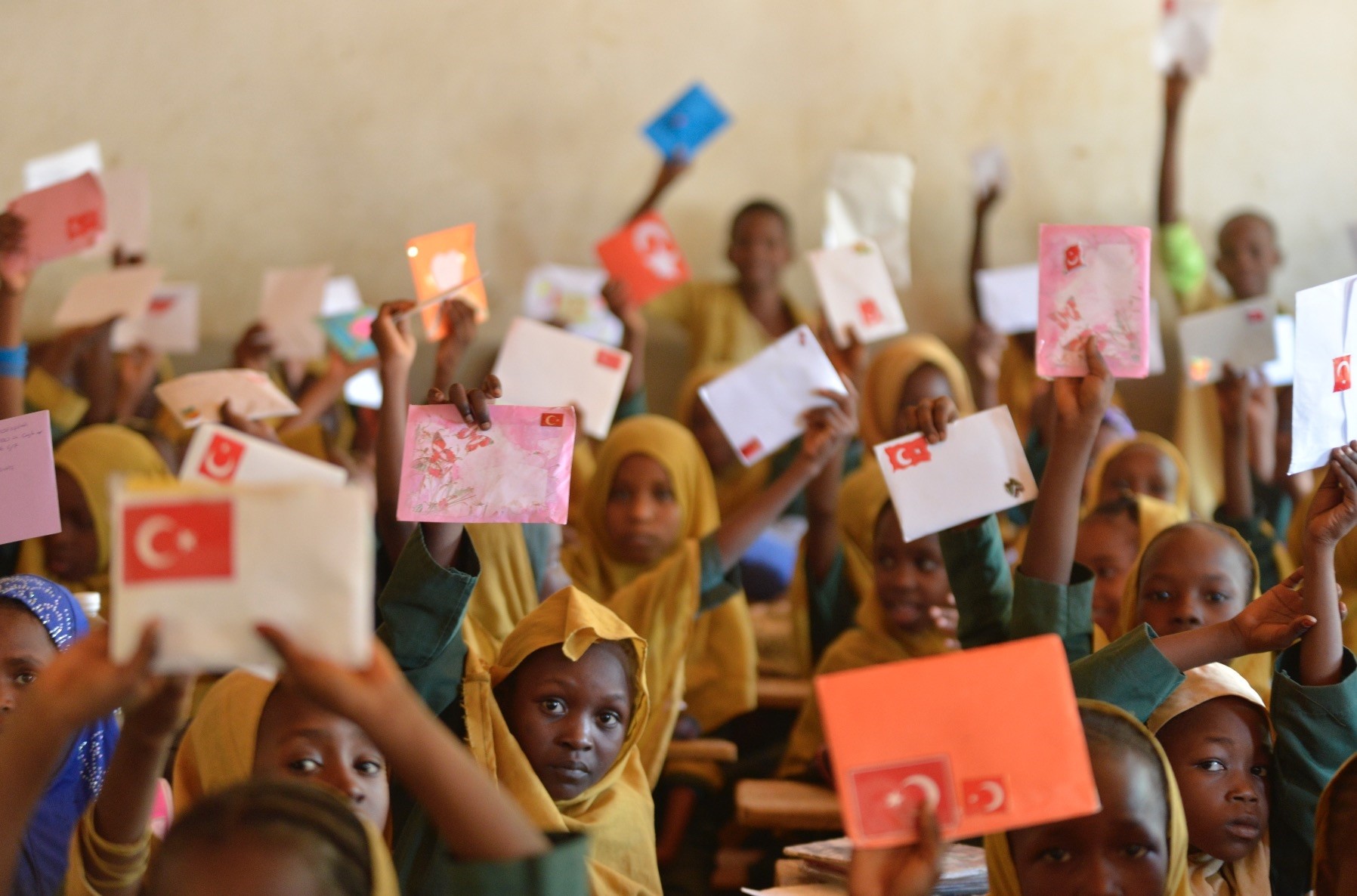 Children in Niger hold up the letters they received from their Turkish peers.
by Anadolu Agency Oct 24, 2018 12:00 am

Sometimes a few simple words can be enough to influence and change a child's entire life. A devoted young volunteer has been carrying the hand-written letters of Turkish children and their African peers, helping build a bridge of love, respect and understanding

Africa is a vast land of unimaginable beauty and warm-hearted people. Despite the poverty that most Africans are trapped in, they are ready to open their houses and share what they have with others.

Inspired by the beautiful land and people, 26-year-old Yavuz Atalay has set out on a journey to get to know Africa, his dream land, better and build a bridge of friendship between African people and the Turks, starting with the children. 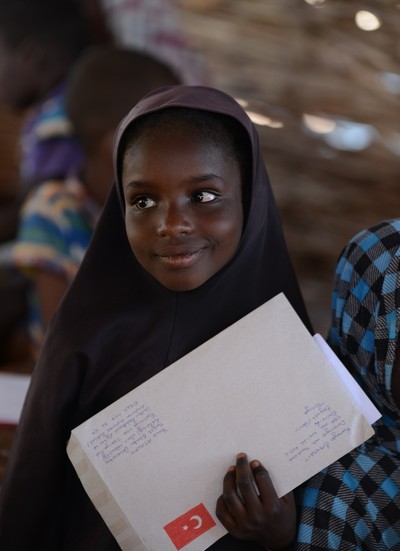 Atalay first visited Africa when he was a university student and was amazed by his African experiences.

"I started to share what I see and what I experience on social media where I can reach out to many people," he said.

After falling in love with the continent, the young man, who works as a photograph§er at the Health Sciences University, began to initiate projects to help the people of Africa.

Over the last five years, Atalay organized a series of projects where he managed to collect supplies that Africans needed. Then, the young photographer started to document his Africa journeys and exhibited his photographs. With the revenue from his photography exhibitions, Atalay managed to open new wells throughout Africa where people were having a hard time accessing clean water.

Lately, Atalay has been involved in a different project. He reaches out to thousands of children in Turkey and encourages them to write letters to their peers in Africa, aiming to touch the souls of the African children, building a bridge of lasting friendship between the children of Turkey and Africa.

The "Postman of Hearts," as he is known, traveled to Niger and delivered letters written by Turkish children. Now, Atalay aims to deliver a new batch of letters to Cameroonian children. 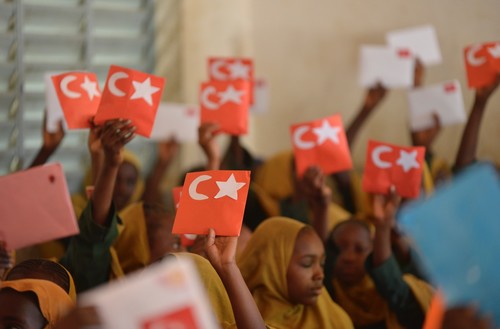 "This project not only touches the hearts of the African children but their Turkish peers as well. Children are drawing pictures on the letters and include photos of their hometowns. They share the toys that they love and what they do in their spare time," he explained.

With this extraordinary project, children who have not even left their villages once in their lives receive letters from their peers living thousands of kilometers away. They learn about a country outside their continent and their perception of the world expands.

"The same applies to the Turkish children who write letters. When an eight-year-old writes a letter, Africa becomes a different place for him or her, bearing new meanings," said Atalay. 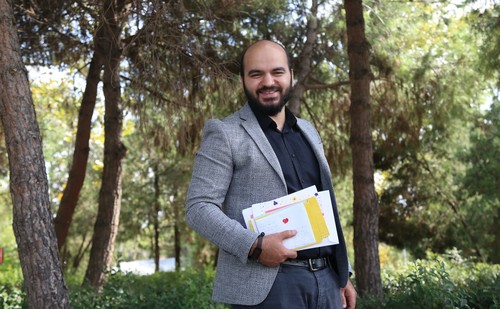 Yavuz Atalay delivers the letters written by Turkish children to their peers in Africa voluntarily.

Right now, Yavuz Atalay is making the final preparations for his trip to Cameroon. He received more than 1,000 letters form Turkish children around the country that are written in English and French. Apart from the letters, Atalay will also take paper and pens to the African kids do not have access to them.

"They have to write what they learn on a piece of wood with a piece of coal. They will be thrilled to receive these letters. There are letters from almost all the provinces of Turkey," Atalay added.

"I gave a little girl a letter in which there was a photo of the Maiden Tower," Atalay said, recalling on his previous experiences. "She could not believe her eyes when she saw a tower standing tall in the middle of the sea. The Maiden Tower in Istanbul is a utopian image for a girl whose village does not have drinkable water. We open the eyes of the African children with these letters." He also remembered a letter he received from a Turkish student.

"He wrote to me that he also included some of his allowance in the letter so his friend in Africa could buy any toy," Atalay added.

While the African children learn more about Turkey, the project also helps Turkish children to do more research on African countries. By reaching out to more and more people every year, the project aims to bring the Turkish and African nations together.

"If we could touch the souls of more people, the world would be a better place," he concluded.