Remarkable, inspiring women who changed the course of history 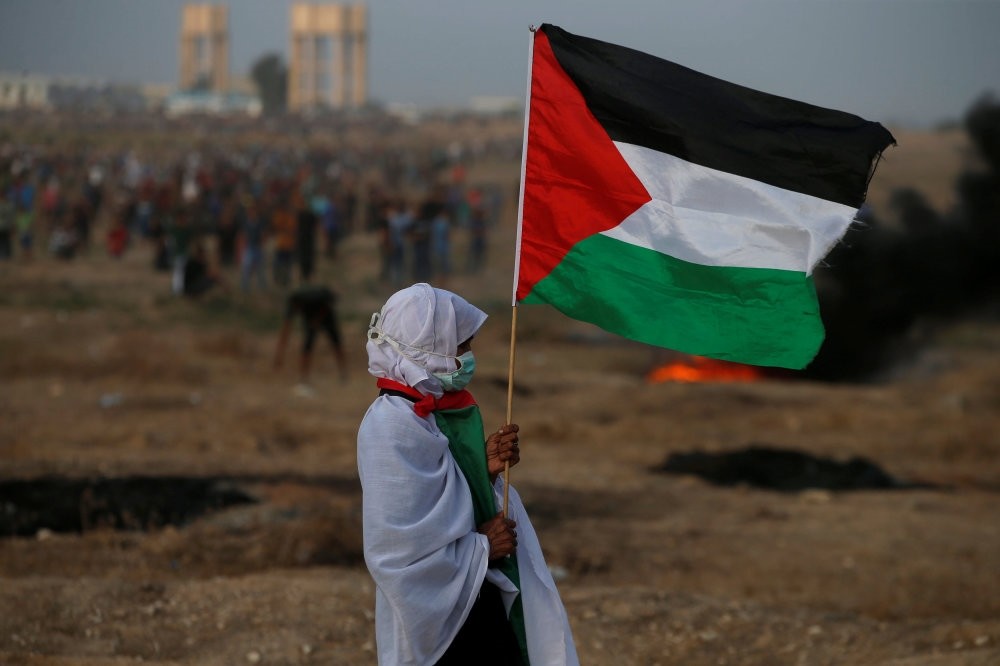 A woman holds a Palestinian flag during a protest calling for the lifting of the Israeli blockade on Gaza and demanding the right to return to their homeland, Oct. 19.
by Anadolu Agency Oct 25, 2018 12:00 am

Women have been subjected to horrible treatment during times of war for centuries with sexual violence being used as a war tactic, to demoralize the states. However, women have often been the ones who changed the course of history, making their cause heard by millions

In the last few years, news coverage on sexual violence and the victimization of women has increased. With Hollywood's "Me Too" movement, women have taken to speaking up for their rights and place in society, condemning the male gaze they have to live under.

The "MeToo" movement started in the U.S. to protest sexual harassment in Hollywood and spread across the world. Then this year, the 2018 Nobel Peace Prize was given to Nadia Murad, a survivor of sexual abuse, and gynecologist Denis Mukwege, who treated victim of sexual violence and abuse in the Democratic Republic of the Congo. This has brought up the abuse and violence toward women as a tool of war into the world agenda. However, before the movement, women have often taken charge of their own fate and refused to be tools of war. From Algerian women fighting against French occupation, to Palestinian mothers in the intifada, to women during the National Struggle period in Anatolia. In such instances the strong and prominent role women played overshadowed their oft-cast victim identities of before.

Sexual violence as a weapon of war

Violence against women, especially sexual violence, is used as a war tactic. Women were raped, imprisoned, tortured and executed during many conflicts in the last few decades - from Peru to Rwanda to Bosnia-Herzegovina. Sexual violence, described as one of the most traumatic incidents by psychologists, has been recorded in many conflict zones from Bangladesh to Cambodia, Haiti, Liberia, Somali and Uganda.

U.N. Security Council Resolution 1325 accepted the effects of wars and internal conflicts on women and girls and approved the representation and attendance of women in conflict solutions and recovery periods after conflict. The resolution works to include women in peace building and conflict solutions in a more effective way. This is conducted with the participation of all the member countries.

Within the opening events of the 73rd U.N. General Assembly, Emine Erdoğan spoke at the meeting "Making Women and Girls in Africa Strong" and drew attention to the problems of women in Africa. Quoting Nelson Mandela, "As long as women are bound by poverty, human rights will lack substance," she emphasized the importance of women in the building of social power. In the speech, Erdoğan noted that one-third of African women suffer from domestic, physical and sexual violence at some point in their lives and said that Turkey has supported women by establishing a Mother and Child Care and Rehabilitation Center in Niger, five women's shelters in Cameroon and a Vocational Training Center in Madagascar.

Women in the Palestinian intifada

Palestinian women played an important role in the struggle throughout the resistance history of their country. When the world recognized the intifada, Palestinian women showed great unarmed resistance against Israeli occupation. Leila Khaled and Shadia Abu Ghazali took their place in history as the symbolic figures of this resistance. Palestinian academic and writer Sahar Khalifeh reflected this resistance in her book titled "The Inheritance," which revolves around the powerful female figures of the Palestinian resistance. Khalifeh, whose books are translated the most after Mahmoud Darwish, stressed that no power can make the generation which has no hope for the future take to the streets. Research shows that the fight for freedom by Palestinian women dates back to a period before the intifada. Historical evidence shows that rural and village women in Palestine struggled against the first wave of Jewish residents alongside men between 1882 and 1903.

Tami Amanda Jacoby, an associate professor of international relations at the University of Manitoba, in her work on the roles of Palestinian women in state formation, said that the first Palestinian female organization was formed as a prevention power against colonialism during the period of the British Mandate between 1918 and 1948. Jacoby noted that two important developments happened in this period. The first was that the Arab Women's Association of Palestine was established in 1921 in Jerusalem and the second was the organization of the Arab Women's Congress in 1929. For Jacoby, the roots and functional characters of these women committees accelerated the struggle of Palestinians in the West Bank and Gaza Strip, starting from the first intifada in December 1987.

It is seen that this resistance of Palestinian women also affected non-Muslim women who live in that region. Micheline Awwad, the woman with yellow shoes who became one of the symbols of the first intifada (1987-1993) the Palestinians started, still holds her place in memories with the stone she threw at the occupying Israeli powers.

Algeria reached its independence with more than 1 million civilian losses after the war against France between 1954 and 1962. In the independence war of Algerian against France, women had many important roles. Professor Meredeth Turshen from Rutgers University, whose work is on the effects of wars on women, states that the share of women in the independence of Algeria was great in her work titled "Algerian Women in the Liberation Struggle and the Civil War." In her research, Turshen explained that half of the students who went to secondary school in 94-95 were girls and the number of female doctors and female graduates in the country were equal to the number of male ones. She highlighted that the war in Algeria did not cause the intellectual destruction of women and thus educated generations continued to be raised thanks to educated mothers.

Miriam Cooke, professor of Arab cultures at Duke University emphasized in her research titled "Women's participation in the Algerian Revolution" that many intellectuals, such as French Simon de Beauvoir, Tunisian Giselle Halim and renowned French psychiatrist Frantz Fanon, went to watch the just struggle of Algerian women before the war broke out. The professor said that French director Gillo Pontecorvo' s 1996 production film "La Battaglia di Algeri" ("The Battle of Algiers") shows the hardest and the most liberating aspects of Algerian women's experiences during the collective ethnic massacre of the Algerians by the French.

In the National Struggle, which was a fight for existence for the Turkish people, Anatolian women proved themselves with their heroic deeds and put up a fight under hard circumstances. When Anatolia started to be occupied, women had great successes on the front lines and behind the front lines in supporting the War of Independence (1919-1923). The most important actions by women in this period came to the forefront with the Anatolian Women's Country Defense Society.

Lecturer Gülay Sarıçoban, who works at the Ataturk's Principles and Reforms Institute of Hacettepe Univer

sity remarked in her article titled "Anatolian Woman in the National Struggle" that Anatolian women struggled against the enemy on the eastern, western and southern fronts and behind the front lines as well. Sarıçoban says that many known and unknown heroines of the National Struggle tried to protect the territorial integrity of the country, establishing societies and organizing meetings.

Halide Edip Adıvar, one of the female figures of the National Struggle, also tried to instill the homeland conscious to the public with speeches she gave at the meetings in various cities across the country and especially in Istanbul.

Atatürk highlights the importance of women druing that period: "Our men struggled at close quarters with the enemy that occupied our homeland, using their bayonets. However, the life spring of the army that comprised of men was provided by our women. Anatolian women plowed, earned the keeping of their families along with carrying war munitions on tumbrels to the fronts without looking [at] the weather with their babies in their arms."